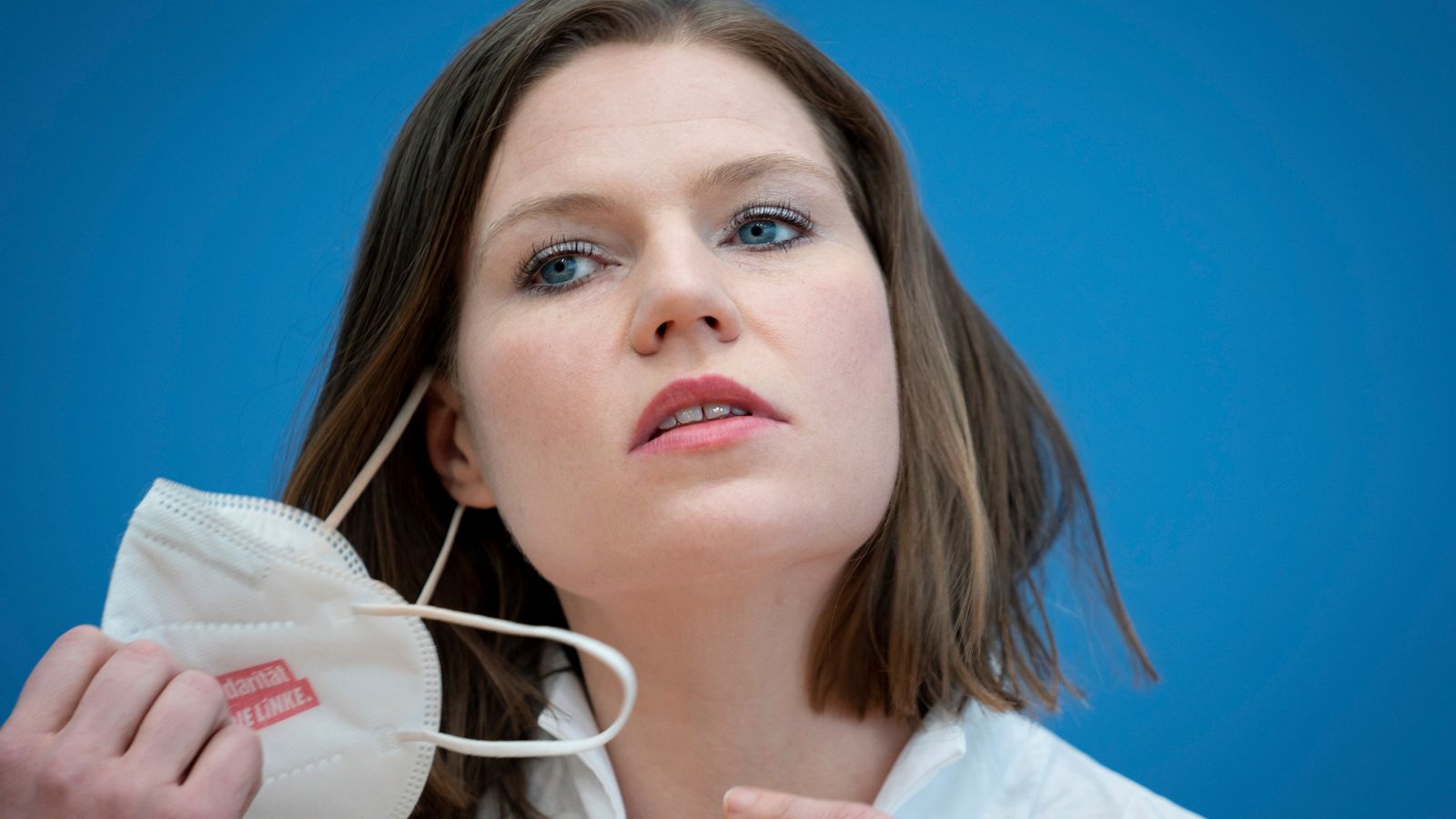 The public should be able to ditch face masks over the summer as vaccines do the heavy lifting in controlling COVID-19, experts have said.

Step four of the government’s road map for England currently states all legal limits on social contact will be removed by 21 June at the earliest, when restrictions on large events such as festivals are also expected to ease.

Scientists advising the government say there is nothing currently in the data to suggest people will not be able to enjoy a relatively normal summer, though coronavirus cases may well rise as the autumn approaches.

Image: England is heading to the fourth stage of lockdown lifting

Asked about mask-wearing in the coming months, one source said vaccines were working so well, and coupled with good uptake, things will return to much more like normal life over the summer months, with cases dropping very low in May.

However, masks and possibly other measures may be needed next autumn and winter if cases surge, they said.

Nevertheless, the general view among scientific advisers is the spike in cases in winter will be lower than in the past, due to high levels of immunity and vaccination.

Image: Don’t throw your masks away just yet though – they will almost certainly be needed again in the autumn. Pic: AP

What happens will depend on people’s behaviours as well as measures such as increased ventilation indoors, good hand hygiene and whether people isolate when they display symptoms – seen as critical to controlling spread.

But the source also said the UK needs to abandon its culture of “presenteeism” and going into work when feeling unwell, instead choosing to stay at home if they fall sick.

There should soon be a relaxation of measures across all age groups, they said, including for those who have had two vaccines, enabling them to meet up more freely.

On the issue of border controls to keep out variants of concern, the source said that even with extremely draconian border measures, all that happens is that there is a delay to importing cases.

Nevertheless, delay is still a valuable tool as it allows experts to work out how to deal with variants and get more information.

It comes as documents released on Friday from the Scientific Advisory Group for Emergencies (SAGE) say that, for adults, the majority of contacts (who the virus could be passed on to) are associated with work.

Northern Ireland: Petrol bombs won’t demolish a border in the Irish Sea or turn back the tide of Brexit