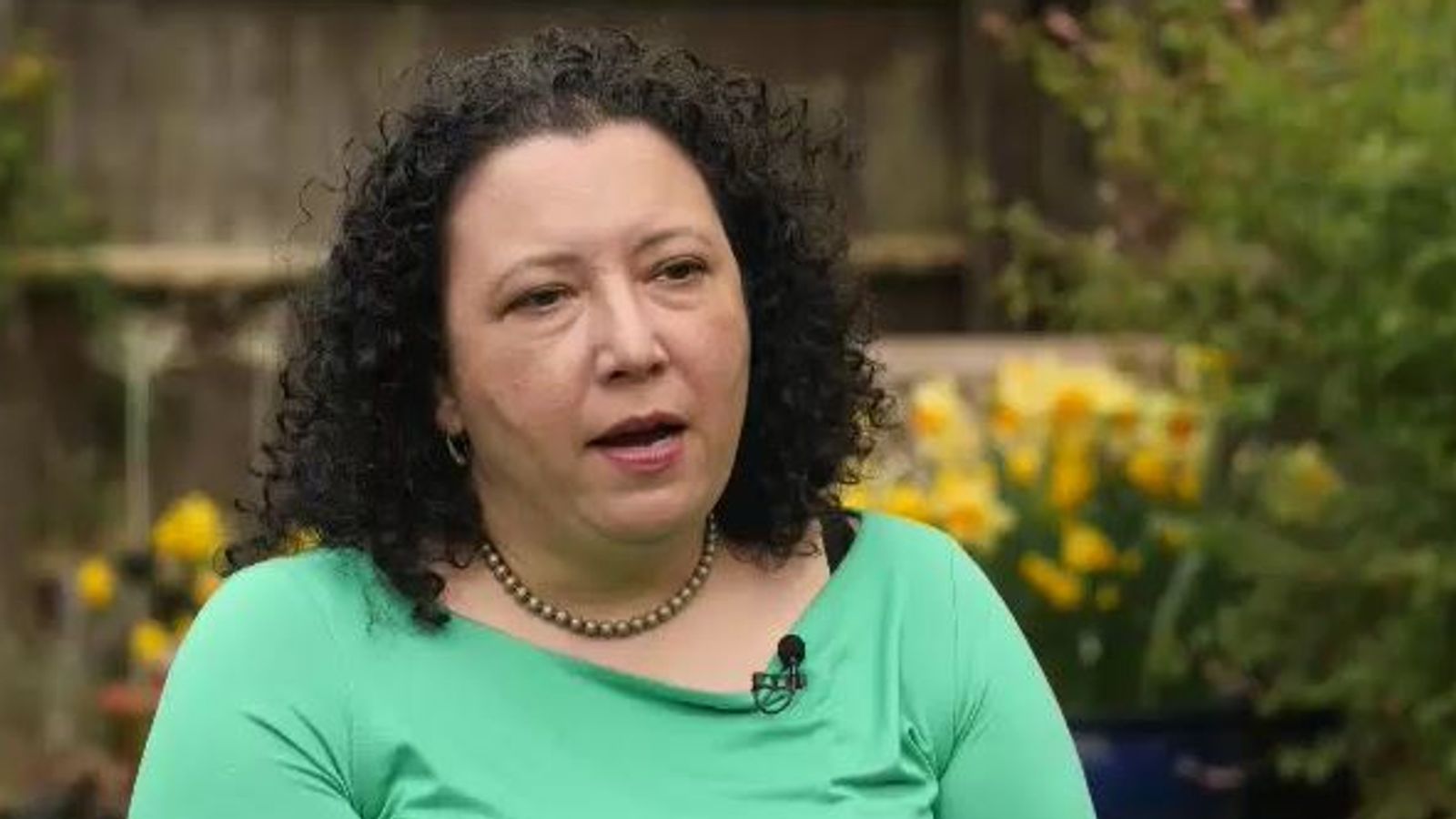 A woman who lost her job after expressing views that sex cannot be changed and transgender women are “not women” has told Sky News she doesn’t regret anything she has done or said.

Maya Forstater lost a test case at an employment tribunal in 2019, arguing that her belief should have legal protection.

The judge ruled her views were “not worthy of respect in a democratic society”.

Her appeal is being heard next week and will include an intervention from the Equalities and Human Rights Commission.

In her first broadcast interview, she says that losing her appeal would set a “scary” precedent and that it would be “open season for women in particular, but for anybody who speaks up about women’s sex-based rights”.

Ms Forstater is a tax expert and a feminist and is the protagonist in a bitter legal battle about sex, gender and free speech.

She believes the body someone is born with determines their sex, and that sex is immutable and cannot be changed or lost.

These beliefs are seen as at odds with the rights of transgender people and with the opposing view that gender and how someone identifies is of greater importance.

In 2018 she was working as a consultant and a visiting fellow at Washington-based think tank the Centre for Global Development.

Image: Some of Ms Forstater’s colleagues complained about her tweets and her contract wasn’t renewed

In the autumn of that year she posted a number of tweets relating to her beliefs about sex.

These included her opposition to proposed reform of the Gender Recognition Act which would allow trans people to ‘self-identify’, legally transitioning from the gender assigned to them at birth without a medical diagnosis.

This caused a couple of colleagues to complain about her, starting a process which ended in her contract not being renewed.

She took her case to the Central London employment tribunal, arguing her beliefs should be legally protected as ‘philosophical beliefs’ under the 2010 Equality Act.

This would mean someone could not be discriminated against purely for holding them.

Image: Ms Forstater says she’s never harassed anybody, but says her view should be protected as a ‘philosophical belief’

But some see these views as deeply transphobic.

The judge at her tribunal ruled against her, describing her views as “absolutist”, “not worthy of respect in a democratic society” and “incompatible with human dignity and the fundamental rights of others”.

When challenged on the offensive nature of her views, Ms Forstater is keen to stress that she never harassed anybody in the workplace.

Legally and in practice, she says, having the belief protected “doesn’t give you the ability to harass or abuse anybody”.

Her case has been high profile after the author JK Rowling intervened, tweeting her support with the hashtag #IstandwithMaya.

But her views cause serious offense and distress to many transgender people. Many say they amount to a denial of their right to exist and threaten a healthy and respectful workplace.

“If we undermine that, then that fundamentally undermines protections for all trans people in the UK.”

Image: Bobbi Pickard says the rights of trans people could be fundamentally undermined

“Trans people in this country are being vilified for something that is a natural, hormonal development of the brain in the womb, it’s no different being transgender as it is to having green eyes or brown hair or the colour of your skin.”

Whichever side prevails, the appeal will set an important precedent relevant in workplaces and beyond. It will determine whether you can be discriminated against for holding the belief that sex is immutable, even if you never act on it.

Both sides could go to the Court of Appeal if they lose.

Ms Forstater says the journey has been an “isolating” one for her, but when asked if she has any regrets says no.

“I don’t think if I’d said something differently I would have been saved from this,” she tells Sky News.