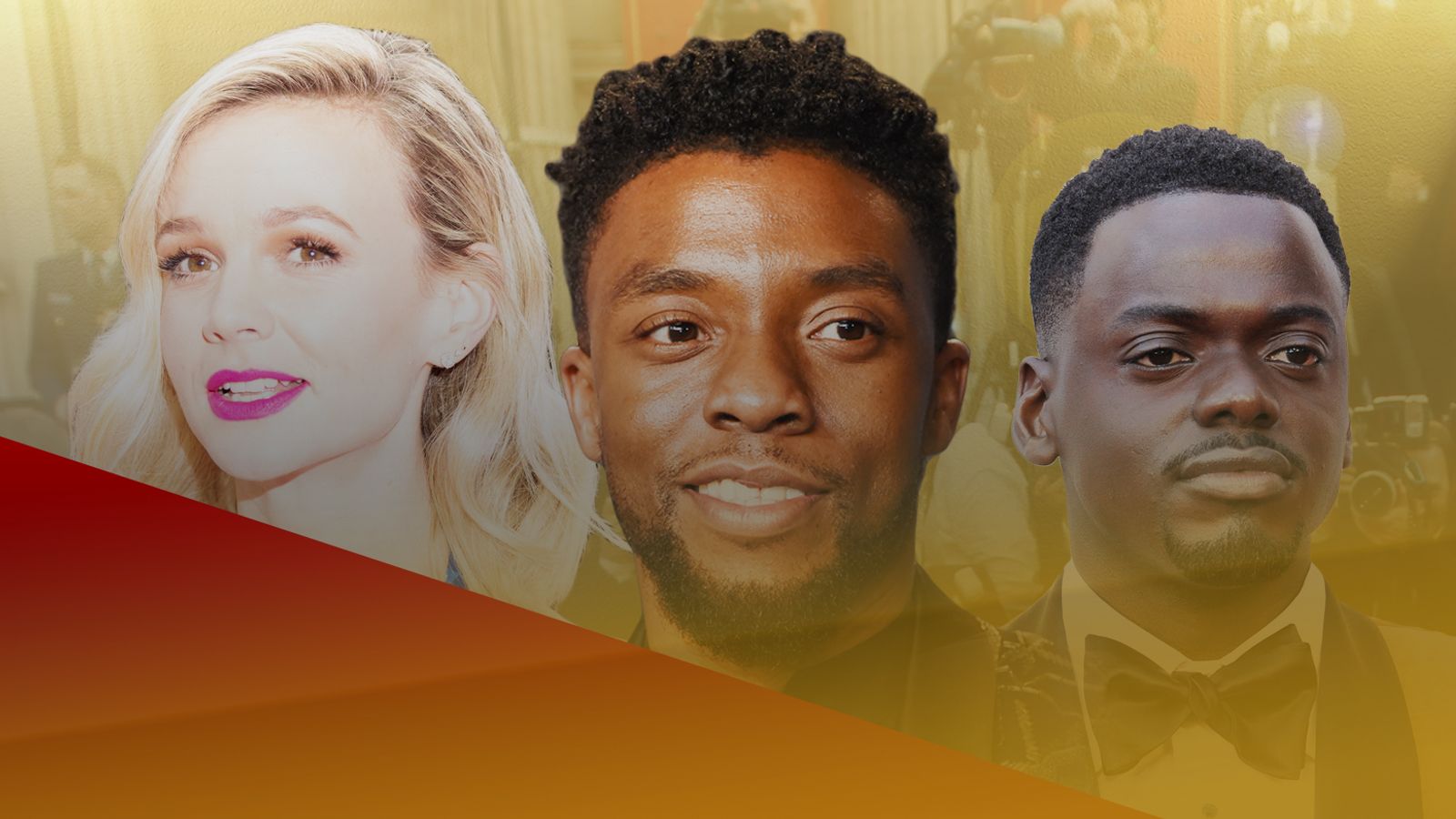 It’s been postponed by months, moved in part to a train station, and might be missing a fair few nominees due to travel restrictions, but the Academy Awards are finally taking place.

And after a year which has seen cinema releases scrapped and rescheduled, film festivals taking place virtually, and the number of voters increased to be more representative, this is actually going to be one of the most interesting Oscars races in recent memory.

While in the run-up to last year’s awards it was obvious who was going to take home each of the four acting prizes, as the same group – Brad Pitt, Laura Dern, Renee Zellweger and Joaquin Phoenix – had cleaned up at all ceremonies prior, things aren’t so clear cut this year.

So if you’re in the market for tips ahead of filling out your Oscars ballot then look no further, as the team behind Sky News’ film and TV podcast Backstage has used all its experience and knowledge (plus a large amount of guess work) to give you the following predictions…

While we’d like to give honourable mentions to British nominee A Shaun The Sheep Move: Farmageddon and the fabulous and original Wolfwalkers, this one’s an easy one: Soul has got this award sewn up. The first ever Pixar film to feature an African-American protagonist, the film tells the story of a jazz musician on the verge of his big break.

Touching, poignant and with an exploration of the existential, Soul might not be on many youngsters’ favourite film lists but it’s proved a big hit with the grown-ups and become an awards juggernaut this year, sweeping up gongs throughout the season.

You might be wondering what great literary work Borat Subsequent Moviefilm is based on, but here’s a fun Oscars fact: sequels are always eligible for the adapted screenplay category, rather than original. So that’s why it’s here. We think this is Sacha Baron Cohen’s best chance of making an Oscars acceptance speech, though he is also in the running for best supporting actor.

The spoof film has been steadily winning awards this year, with voters wanting to reward Baron Cohen and his team’s skewering of political figures. Plus, he brings a star quality to the category that might well weigh in his favour when it comes to undecided Academy members filling out their ballots.

This is a tough one to call. Academy voters might plump for Aaron Sorkin’s The Trial Of The Chicago 7 as the court-room drama boasts some lengthy emotive monologues handled brilliantly by its talented ensemble cast, but we’re crossing our fingers that British writer Emerald Fennell might just sneak this one for Promising Young Woman. Her timely and searing story of a woman out for revenge has sparked conversations and got people re-assessing what it is to be a “nice guy”. Plus, it’s time the Academy shook things up a bit – a woman hasn’t won a screenwriting prize at the Oscars since 2008, when Diablo Cody took the gong for Juno.

This one is arguably the easiest prize of the night to call; we’re sure it’s going to go to the late Chadwick Boseman for his visceral final performance in Ma Rainey’s Black Bottom. It’s a role that shows off his versatility as an actor and one that led to his co-star Viola Davis telling Sky News he was a “character actor trapped in a leading man’s body”.

The star tragically passed away in August 2020 and it seems likely the Academy will want to take the opportunity to honour his legacy with a posthumous Oscar.

While having two actors from one film in the same category can sometimes split the vote, we’re confident British star Daniel Kaluuya is going to get the numbers for his role in Judas And The Black Messiah. Though with him and Lakeith Stanfield both receiving supporting actor nods, it does beg the question who the lead actually is?!

While both are great in the movie, Kaluuya’s portrayal of Fred Hampton, the Black Panther Party chairman who was betrayed in 1960s Chicago, has the awards momentum. He’s won a Golden Globe, SAG and a BAFTA already this year – all three are often thought of as predictors for the Academy Awards.

This one is probably the most exciting race we’ve see for a while at the Oscars. Frances McDormand was the early favourite for Nomadland and did win the BAFTA in the same category, but Viola Davis took home the SAG award for Ma Rainey and newcomer Andra Day got the Golden Globe for her role in The United States vs Billie Holiday, making it impossible to call.

As we just can’t predict it, we’re going to pick the person we’d like to see win – British star Carey Mulligan for her incredible performance in Promising Young Woman. Mulligan, who was previously best known for period pieces, is perfectly cast as the angry, vulnerable Cassie as she tries to make sense of what’s happened to her friend. It’s a character audiences will think about long after the credits have rolled.

Image: Minari tells the tale of a Korean family who move to America to build a better life. Pic: Altitude

Another tough one. While we wouldn’t be surprised to see Amanda Seyfried earning a win here for Mank – the film that went into this year’s ceremony with the most nominations – as her take on starlet Marion Davies received a lot of buzz when the movie was released, we reckon it might just be Yuh-Jung Youn who gets this one for Minari. Or maybe we’re just desperate to see another one of her brilliant acceptance speeches after she called British people “snobby” at the BAFTAs…

In the film, she plays the swearing, wrestling-loving grandmother of an American-Korean family trying to make it as farmers in Arkansas. It’s a brilliant performance in a beautiful film, and Academy voters who want to see it recognised could well make themselves heard here.

This year’s director category has already made history for featuring two women for the first time, and we think it’s pretty safe to say Chloe Zhao will win for Nomadland. The win would make her only the second female winner of the directing prize ever, in the 93-year history of the Oscars.

It’s been well documented that Zhao and McDormand took on the nomadic lifestyle of the film’s subjects while making the movie, and the Academy has a history of rewarding directors who go the extra mile.

Image: Could Nomadland star Frances McDormand, pictured with Zhao on set, be about to win her third Oscar? Pic: Searchlight Pictures/20th Century Studios

Finally, the night’s biggest prize for best picture is also probably one of the most predictable. Nomadland has been steadily sweeping the board for best picture prizes throughout awards season and we expect it to continue its run at the Oscars. The study of a woman who leaves her hometown after her husband dies and travels around the US living in her van is thoughtful and thought-provoking – a deserving winner of Hollywood’s top honour.

For more Oscars chat, predictions and anything else you could possibly want to know, listen to the latest episode of Backstage – the film and TV podcast from Sky News – and of course, follow our live blog online from Sunday night. You can also watch the Oscars exclusively on Sky Cinema in the UK from 10pm on Sunday 25 April, starting with E!’s live red carpet show, followed by the 93rd Academy Awards ceremony