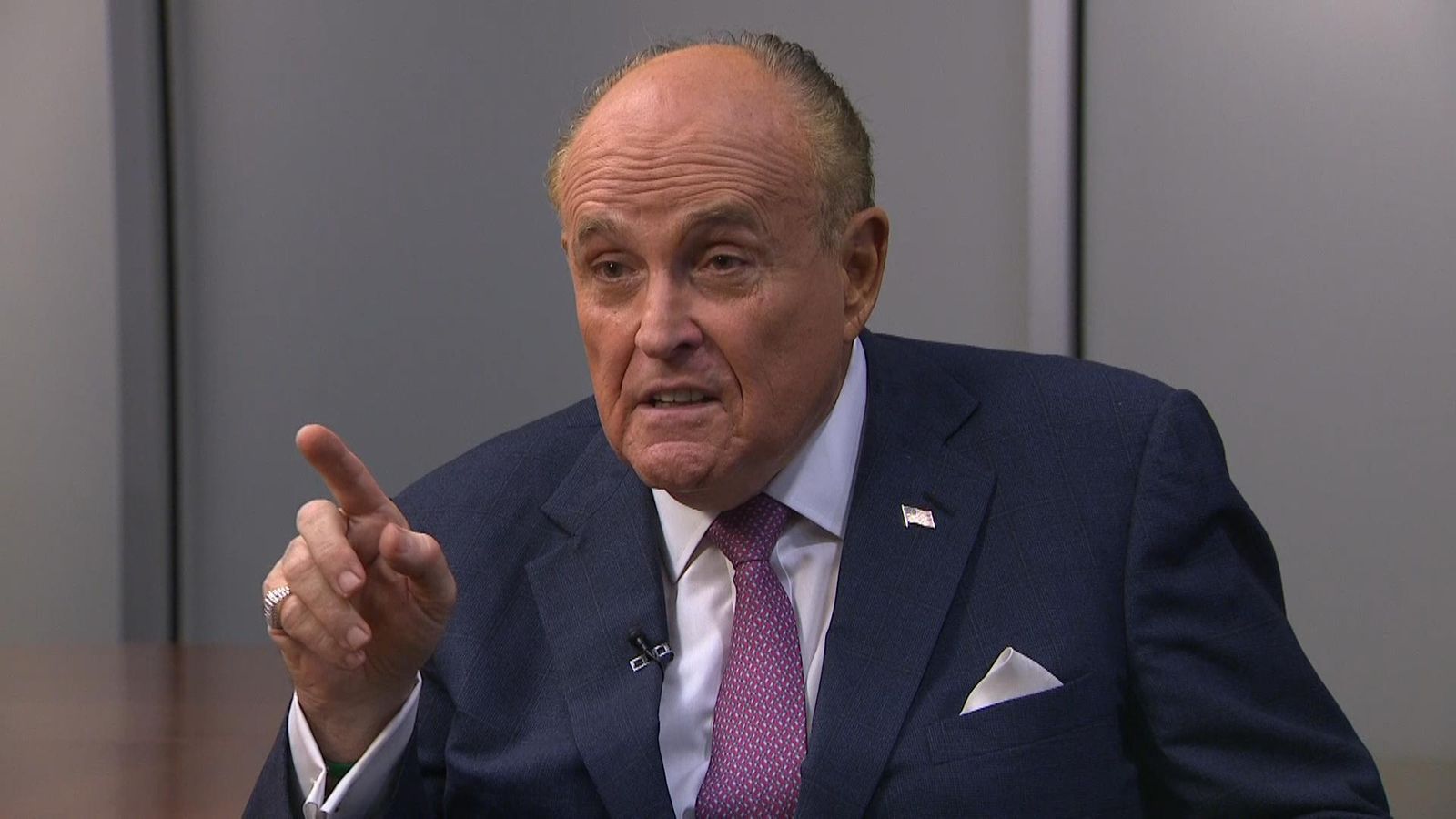 Former New York mayor Rudy Giuliani’s cameo in Borat: Subsequent Movie Film was named one of the worst performances of the year by voters for the annual Razzie awards.

The annual Golden Raspberry Awards – known as the Razzies – “honours” the worst in movies and hands out gongs for what it deems were the lowlights of the Hollywood year.

The 76-year-old was unknowingly filmed last year inside a New York hotel room with actress Maria Bakalova, who had posed as a journalist, after she tricked him into going back with her.

He was seen lying on a bed with his hands down his trousers.

The scene also earned Mr Giuliani the Razzie for worst screen combo – awarded to him and “his pants zipper”.

He later described the video as a “complete fabrication” in a tweet, adding: “I was tucking in my shirt after taking off the recording equipment.

“At no time before, during, or after the interview was I ever inappropriate. If Sacha Baron Cohen implies otherwise he is a stone-cold liar.”

The film featured baseless claims of fraud in the 2020 US presidential election.

Lindell, who is a vocal supporter of former president Trump, was also named worst actor.

Razzie winners were voted for by 1,097 members from more than two dozen countries.