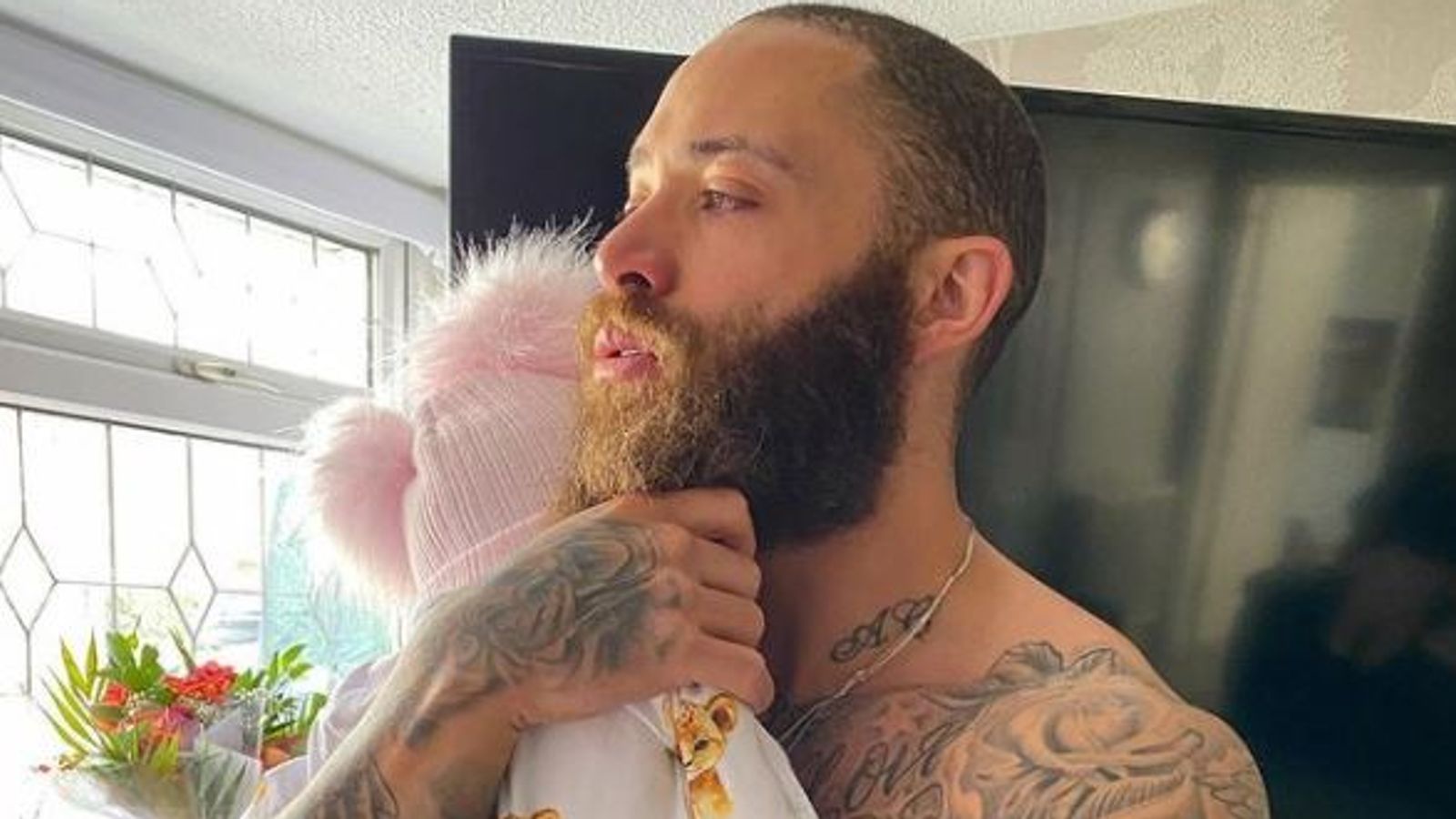 Former footballer Ashley Cain has said his eight-month-old daughter has died after a battle with leukaemia.

Baby Azaylia, who he shared with his girlfriend Safiyya, had been diagnosed with a “rare and aggressive” form of cancer.

Cain announced the tragic news on his Instagram page on Sunday.

The 30-year-old reality star shared a post of himself holding his daughter with the caption: “Rest In Paradise Princess [sic] I will always hold you in my heart until I can hold you again in heaven [sic].”

Azaylia, who was born in August last year, had recently suffered a seizure, and her palliative care team told the family to “make the most of this weekend” as her body was “shutting down”.

“Your determination inspires me. You impress me each and every day. I’m so proud of you,” he added.

Image: Azaylia’s parents have said how proud they are of her

Safiyya also posted pictures of herself with Azaylia, accompanied with the words: “You are my Angel my heartbeat my soul, RIP my precious baby, you will always be with me like a handprint on my heart.”

On Saturday, Safiyya had also said how proud she was of her daughter on the social media platform.

“Azaylias eyes are intensely dry for which she now has to have eye drops so her eyes can move [sic] along with platelet transfusions, and so much more, Azaylias care is 24/7,” she said.

“Feeling the heartache more and more today, as the nurses woke me up this morning for a home visit & told me to enjoy the weekend as they now think her body is slowly shutting down, I got told this a couple of weeks ago and she has stayed so strong through this I’m so proud of how strong you are Azaylia.”

Image: Cain said doctors had told the family to ‘make the most of this weekend’

Last week, Cain said the family had been “overwhelmed at all of the amazing tributes that are happening around the world” for Azaylia.

“From Wembley Stadium to the Niagara Falls lighting up orange as a testament of her bravery, the awareness she has raised for childhood cancer and all the children and families she has helped through her struggles already,” he said.

He added that while he felt “broken, scared and worried all of the time”, he “couldn’t be a prouder dad”.