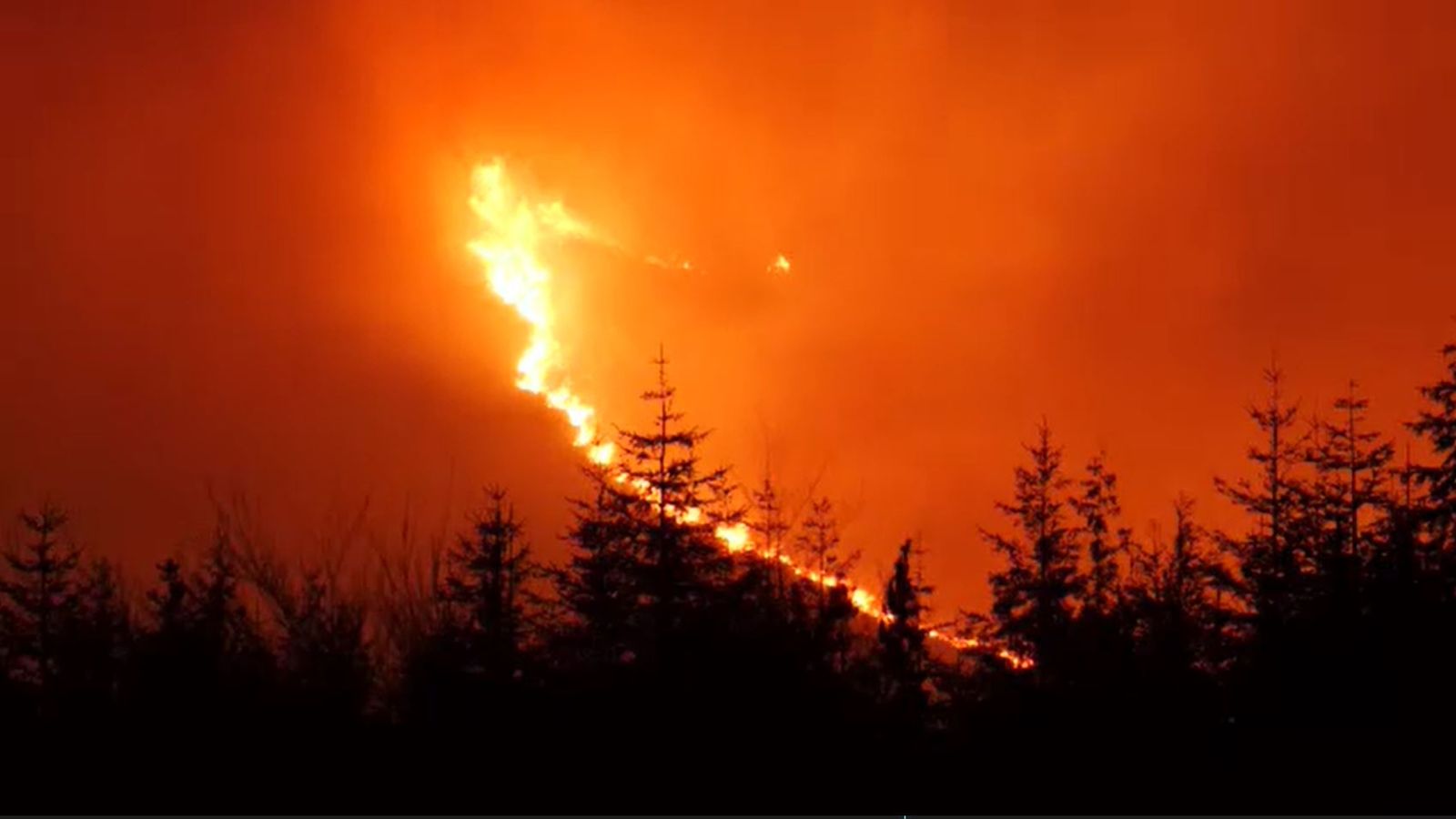 Firefighters are escalating efforts to extinguish a significant wildfire that has been alight for two days on Northern Ireland’s highest peak, Slieve Donard.

Multiple fire crews and appliances from neighbouring towns have assembled at Newcastle, County Down, at the foot of the Mourne Mountains.

In a statement, Northern Ireland Fire and Rescue Service said it was “escalating firefighting operations in the Mourne Mountains”.

Incredibly powerful image of the Mournes from last night taken by a friend! Majestic and yet deeply sad to see.

“A large number of resources will be in attendance,” it said.

“We would kindly ask members of the public not to gather in the immediate area and request that walkers avoid the Newcastle side of Slieve Donard.”

An earlier statement said: “Northern Ireland Fire and Rescue Service would like to highlight the unsuitability for wild camping in these areas this weekend due to current fire conditions.

“We would ask the public to exercise due care and vigilance in relation to fire safety if out in the countryside during this current dry spell.”

The Mourne Mountains are one of Northern Ireland’s most popular locations, attracting thousands of tourists in normal circumstances.

I have asked executive colleagues for an update on response and I would echo calls for public not to gather in the area & request that walkers avoid Slieve Donard pic.twitter.com/ajf5Kk7C9Y

“Today’s fire will have caused widespread damage to an environmentally sensitive area and will also unfortunately have proven deadly for local wildlife,” he added.

First Minister Arlene Foster tweeted: “This is devastating and tragic. The impact on wildlife and flora is unimaginable. Full support to those battling the flames.”

Firefighters back at the frontline on the #mournes this morning

Please stay clear of area, and give them the space & time to get the job done! pic.twitter.com/eQHZSHdZZt

Deputy First Minister Michelle O’Neill added: “Thank you to the firefighters who’ve been fighting the gorse fire at the Bloody Bridge area of the Mournes throughout today.

“I would ask the public to please stay away from this area and allow the crews to do their job safely to bring the fire under control.”