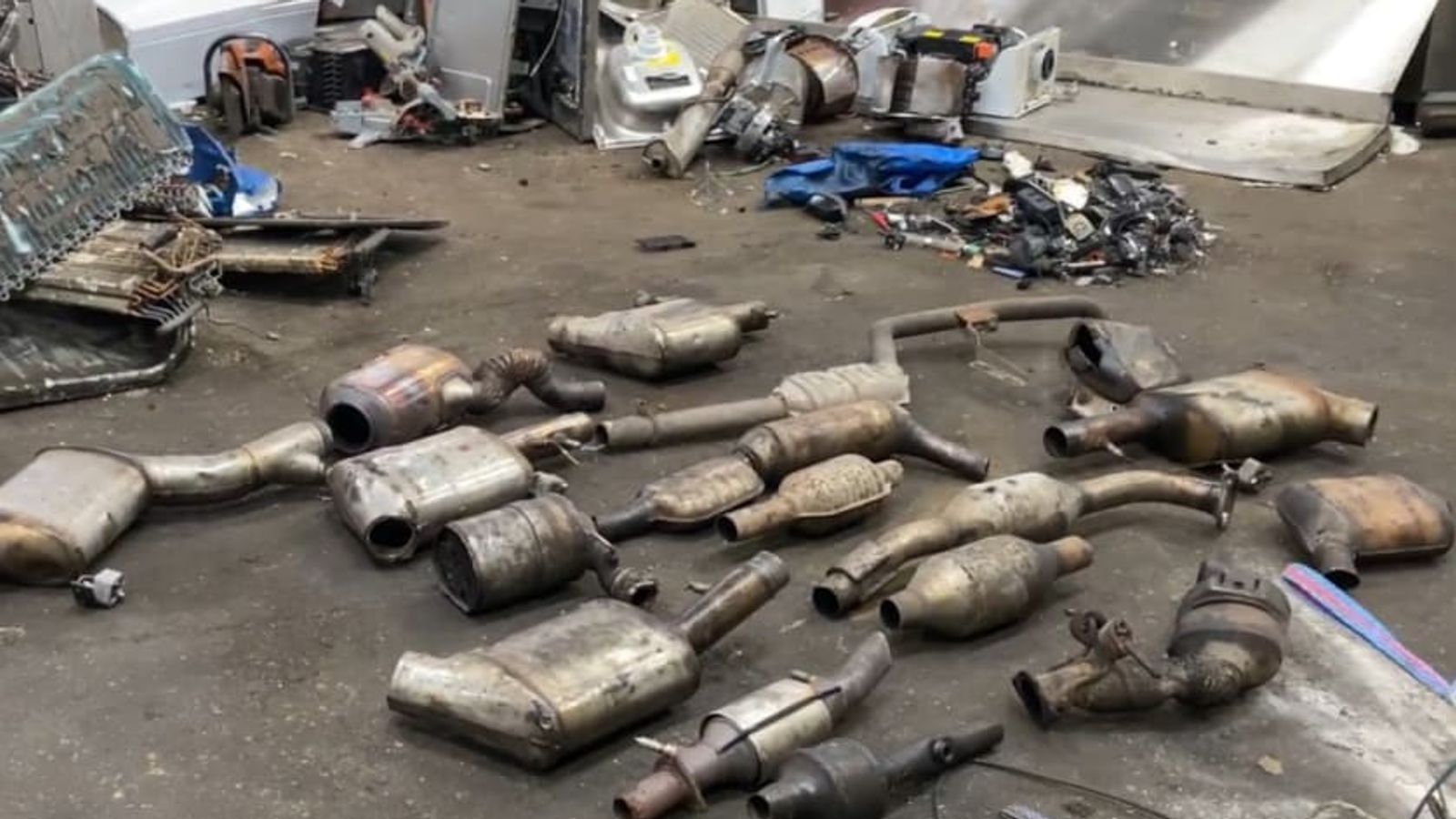 Drivers are being warned to protect their vehicles after a rise in the theft of catalytic converters.

The device helps cut harmful emissions but a spike in the value of the precious metals they contain has made them more attractive to thieves.

Gangs can often jack up a parked car and remove them in minutes.

One of the metals, rhodium, has tripled in value since March 2020 and is far more expensive than gold.

It is used to reduce nitrogen oxide in exhaust fumes – often alongside palladium or platinum.

Rhodium is very resistant to tarnishing and highly reflective, and can be used as a protective finish for jewellery, but a typical converter only contains a few grams.

Insurer Ageas said the crime made up 30% of theft claims from private vehicles in the first quarter of 2021 – up from 20% in the last quarter of 2019.

A new catalytic converter can cost up to £1,000 and sometimes means older cars have to be written off.

Drivers often do not realise they have been a victim until they hear loud noises from the exhaust.

One man said earlier this year that he had been threatened with a gun when he confronted thieves trying to steal the device from his car.

And in March, 300 police raided a criminal network suspected of fuelling a rise in catalytic converter crime in London.

Detectives say the devices are often sent abroad for the precious metals to be removed and refined.

RAC spokesman Simon Williams said: “When away from home, look for car parks that have security patrols and are covered by CCTV.”

Police also advise to park so that the converter can’t be easily reached and say vehicles that sit high above the road are particularly vulnerable.