Folajimi Olubunmi-Adewole: Family of ‘hero’ who died trying to save woman in Thames fall say search for him ended too soon 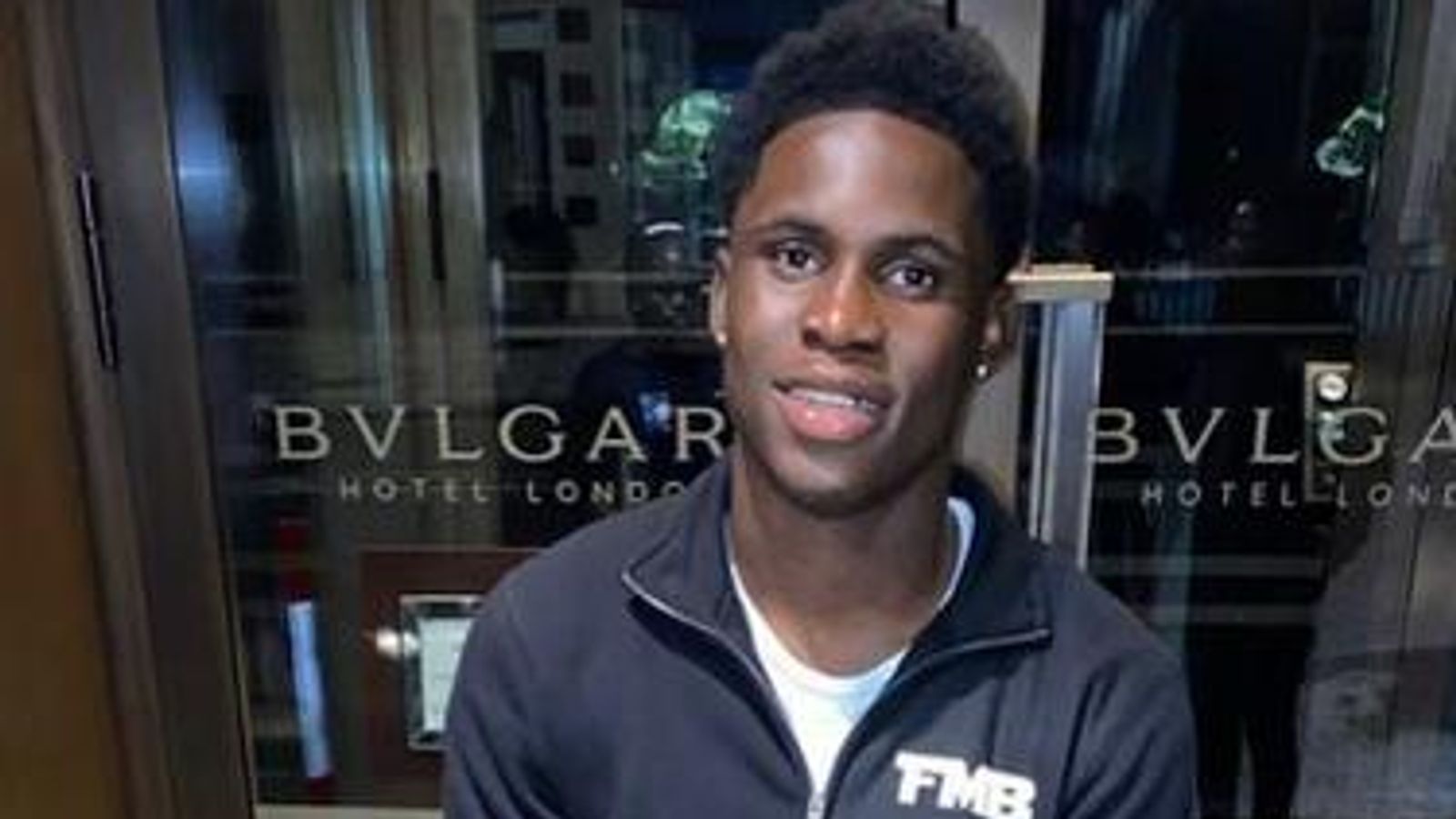 The family of a man who died after diving into the River Thames to rescue a woman who fell from London Bridge have said he had a “very good heart” – and accused search teams of giving up too quickly.

Folajimi Olubunmi-Adewole, known as Jimi, was on his way home from work when he saw the woman fall. He and another man entered the water at around midnight on Saturday in a bid to rescue her.

The woman and the other man were rescued by the Coastguard and the Metropolitan Police’s marine unit – but Jimi wasn’t found after an extensive search.

Police said a body, believed to be that of the 20-year-old, was discovered at 6am on Saturday.

Image: Jimi dived into the River Thames in a bid to save a woman who fell from London Bridge

Jimi’s parents Michael Adewola, 63, and his mother Olasunkanmi Adewole, 54, have been left heartbroken and are seeking “justice” for their son.

Speaking through tears, Mrs Adewole told Sky News: “I feel bad, because my son was trying to rescue a woman. I feel so bad.. and I want people to help me. I want justice for my son.”

His father said that Jimi was a “very nice guy, a good boy”, while people on social media have hailed him as a “selfless hero”, “great Samaritan”, and “very brave young man”.

Commenting on reports of Mr Olubunmi-Adewole’s death, the mayor of London Sadiq Khan tweeted that he “was the best of us”.

Mr Adewola said: “He had a very good heart and he was very good son to me.” He added that his son would often help other people in his area.

Mr Adewola said the hour-long search for Jimi in the water was “not enough”.

He said an officer knocked on the family home’s door at 1am on Saturday to inform them of the incident.

Image: The 20-year-old was on his way home from work when he tried to help the woman

Jimi was with his friend Bernard when they heard that a woman had fallen into the Thames.

Recalling a call to police before Jimi decided to dive in himself, Bernard told Sky News: “There’s a woman that’s just jumped aboard, we can hear the woman screaming ‘help me, help me, I’m gonna die’.

“Instantly Jimi looked at me and I said, ‘alright, we can look for her’. But we couldn’t see her, it was pitch black.”

Jimi dived into the water along with another man to help him try to rescue the woman, Bernard said, “because that’s how Jimi is – Jimi is pure at heart”.

He said he could hear Jimi “shouting my name” as he lost sight of him.

“At least rescue my friend. And then I didn’t hear anything, the radios were going off, (and) I asked one of the men that was sitting next to me that was a policeman, if he’s heard anything. He said two people were saved.”

Image: Jimi’s body was recovered at 6am on Saturday

A spokesperson for City of London Police said: “We were called at 12.12am on Saturday 24 April to reports of a woman in the River Thames close to London Bridge.

“Two men, who had witnessed the woman fall from the bridge, entered the river to try and save her.

“The Coastguard and Metropolitan Police Marine Units were able to rescue the woman and one of the men.”

Detective Chief Supt Oliver Shaw added: “I would like to send my deepest condolences, and the condolences of everyone at City of London Police, to the family and friends of this brave, kind and selfless young man.

“Our officers arrived extremely quickly to the scene but two members of the public had already entered the water. One man had managed to swim to the woman and they were both seen above water by the Coastguard.

“Sadly, there was no sign of the other rescuer. We remained on scene to assist the marine units and police helicopter with the search in the water. This was stood down by the Coastguard over an hour later.

“We continued to search the shore of the river, in person and using our network of CCTV cameras, and unfortunately, at 05.46 a body was discovered.

“The circumstances of this incident are extremely tragic. We continue to support the family of this heroic young man who heartbreakingly lost his own life trying to save that of another.”

The Maritime & Coastguard Agency confirmed that its own search was suspended before Jimi was found.

“Despite conflicting reports about how many people had entered the water, we responded fully to the suggestion of a third person in the water.

“Conditions were good for a search on the night, with a slow moving tide and a high volume of units from emergency services in attendance. It was determined where in the water the person could possibly be and each area was thoroughly searched multiple times.

“Despite our best efforts, the sad decision was made to suspend the search at 1.20am when no sign of the person was found.”