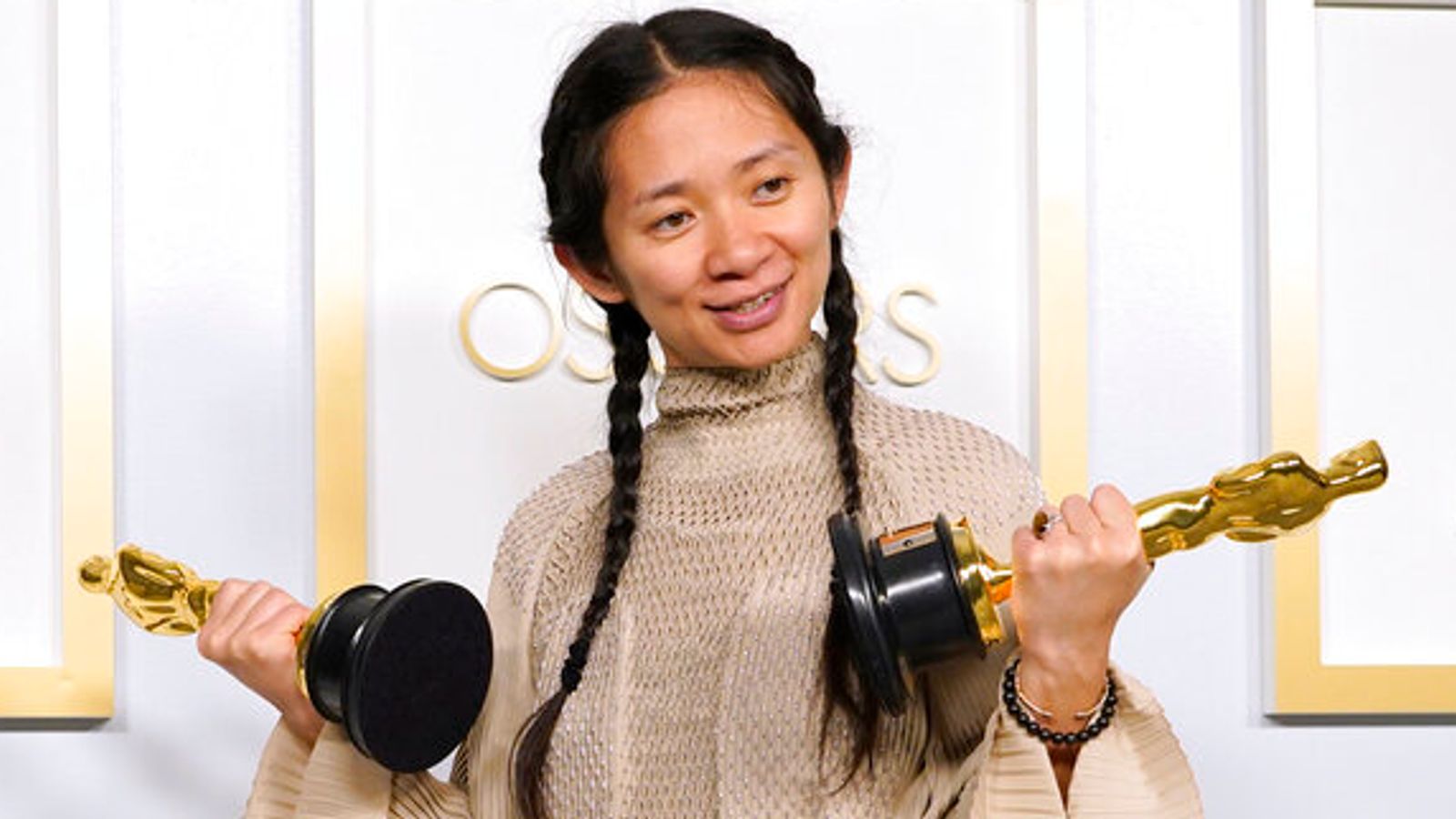 News of Chloe Zhao’s Oscars win is being censored in China.

Zhao, 39, became the first woman from an ethnically diverse background to win Best Director at the ceremony in Los Angeles on Sunday night.

The win, which was also accompanied by Best Film for her movie Nomadland, has been celebrated around the world.

But in China, where she was born, social media posts about her victory have been deleted.

Chinese state media has not reported the news through either of its outlets – CCTV or Xinhua.

A post on a Weibo blog entitled Watch Films, which has 14 million followers, was removed just hours after it was posted on Monday morning.

Users were unable to search for the hashtag “Chloe Zhao wins Best Director” on the site and were instead met with an error message that said: “According to relevant laws and regulations and policies, this page is not found.”

Douban, an app popular with film fans, banned searches for “Nomadland”, saying that “the search results could not be displayed in accordance to relevant laws and regulations”.

An article about Zhao on China’s main messaging app WeChat was also deleted.

People instead had to resort to using the term “zt” – the initials of Zhao’s Chinese name Zhou Ting – to be able to discuss the matter.

Typing her full Chinese name into Weibo would only bring up unrelated search results from earlier this month.

And searching the word “Oscars” would produce official posts for the South Korean and US embassies.

Accepting her prize, Zhao spoke partly in Mandarin and recalled a 13th century poem she was made to memorise at school.

She said: “I’ve been thinking a lot lately about how I keep going when things get hard.”

A line from the poem translates as: “People at birth are inherently good.”

“I still truly believe that today,” she continued.

“Even though sometimes they might seem like the opposite is true, but I have always found goodness in the people I met everywhere I went in the world.”

Zhao was born in Beijing, but moved to the US at the age of 14.

Her Golden Globes win for best director sparked outrage in March, with people in China debating whether she could be called Chinese and that she had insulted her home country with comments about its political system.

All internet content in China is monitored by the Communist Party of China.

Nomadland, which tells the story of a woman who becomes homeless after losing her husband, was due to be released in China on 23 April.

But there has been no mention of it and cinemas are unaware of any showings.

McCartney, Rashford and Ishiguro shortlisted for Book of the Year award