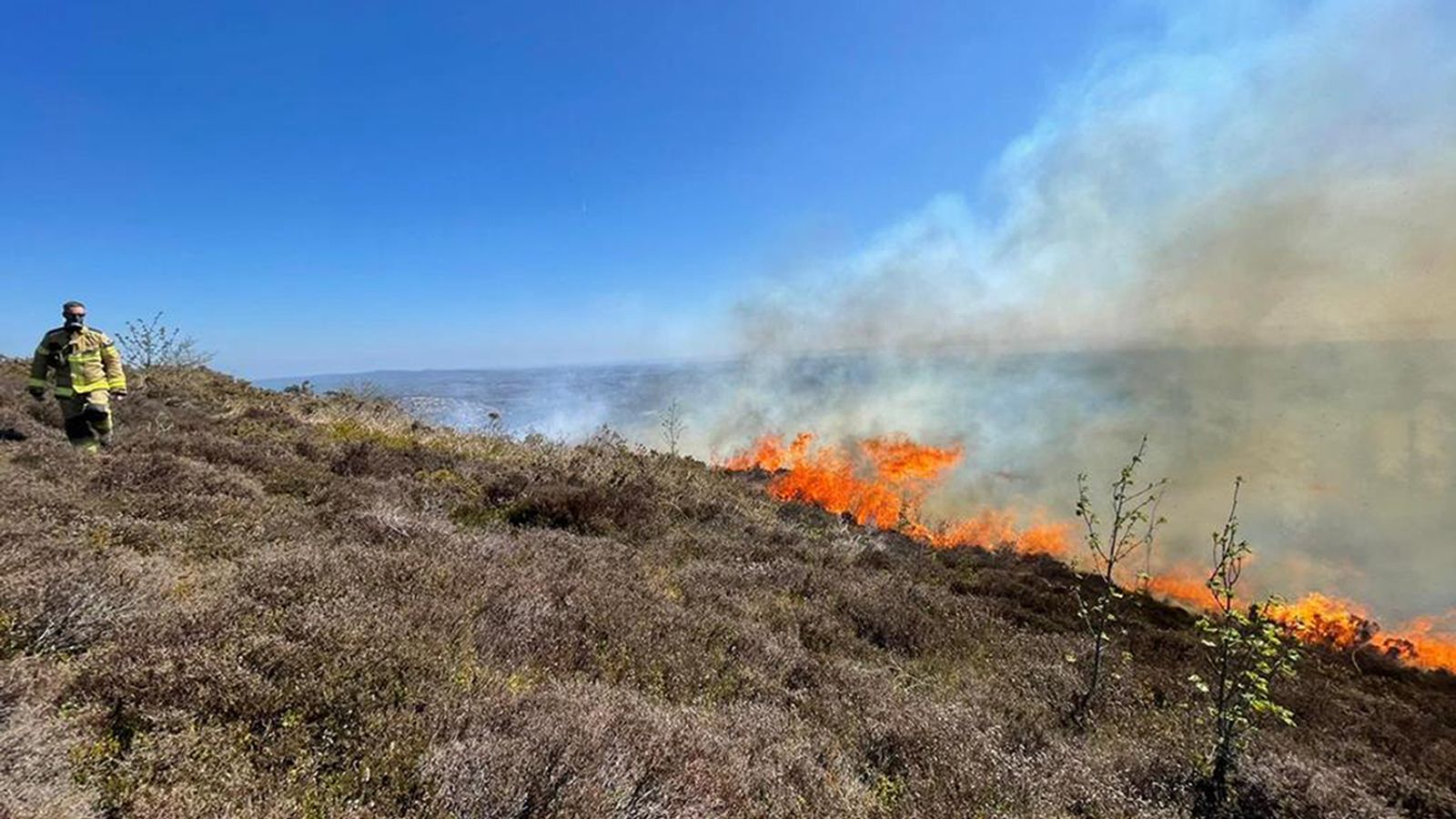 Firefighters in South Wales battled almost 80 “deliberate” blazes over the weekend, as authorities appeal to the public to help prevent wildfires.

South Wales Police said “many acres of wildlife and our beautiful landscape” had been lost following a spate of grassfires over the weekend.

The fire service said it attended “nearly 80 deliberate grassfires from Friday to Sunday”.

Image: Fire and police services in South Wales are appealing to the public to help stop the wildfires

The blaze near the station put essential workers and the facilities at risk.

Another fire was measured at over 11 hectares and posed danger to livestock and property.

Fire crews have spent four consecutive days at Machen Mountain in Caerphilly attempting to get a blaze that stretches across 50 hectares of grassland under control.

Most of the fires required specialised equipment, including helicopters, with the fire services working with police and environmental agency Natural Resources Wales.

Dean Loader, head of community safety and partnerships at the fire service, said some blazes have been “incredibly demanding” as crews attempted to limit the impact to communities, landscape and wildlife.

“Diverting our resources to deal with deliberate fires will draw fundamental and valuable resources away from our communities, placing unnecessary risk to life,” he said.

“This needs to stop.”

Firefighters remain at the scene #Machen Mountain this morning in #Caerphilly

Sergeant Andy Jones, from South Wales Police, added: “Sadly, over the weekend we lost many acres of our beautiful landscape to deliberate grassfires.

“Every grassfire poses a serious risk to the public and to property and the emergency services are doing everything they can to tackle this issue.

Image: The fires have caused damage to the wildlife in Wales, as well as posing a danger to the public

Sergeant Jones said officers were making use of drones, CCTV equipment and bikes in order to prevent further fires but said: “The onus is upon the public.

“My plea is for everyone to make a stand now, to prevent further damage and to avoid a potential tragedy which could be just one grassfire away.”