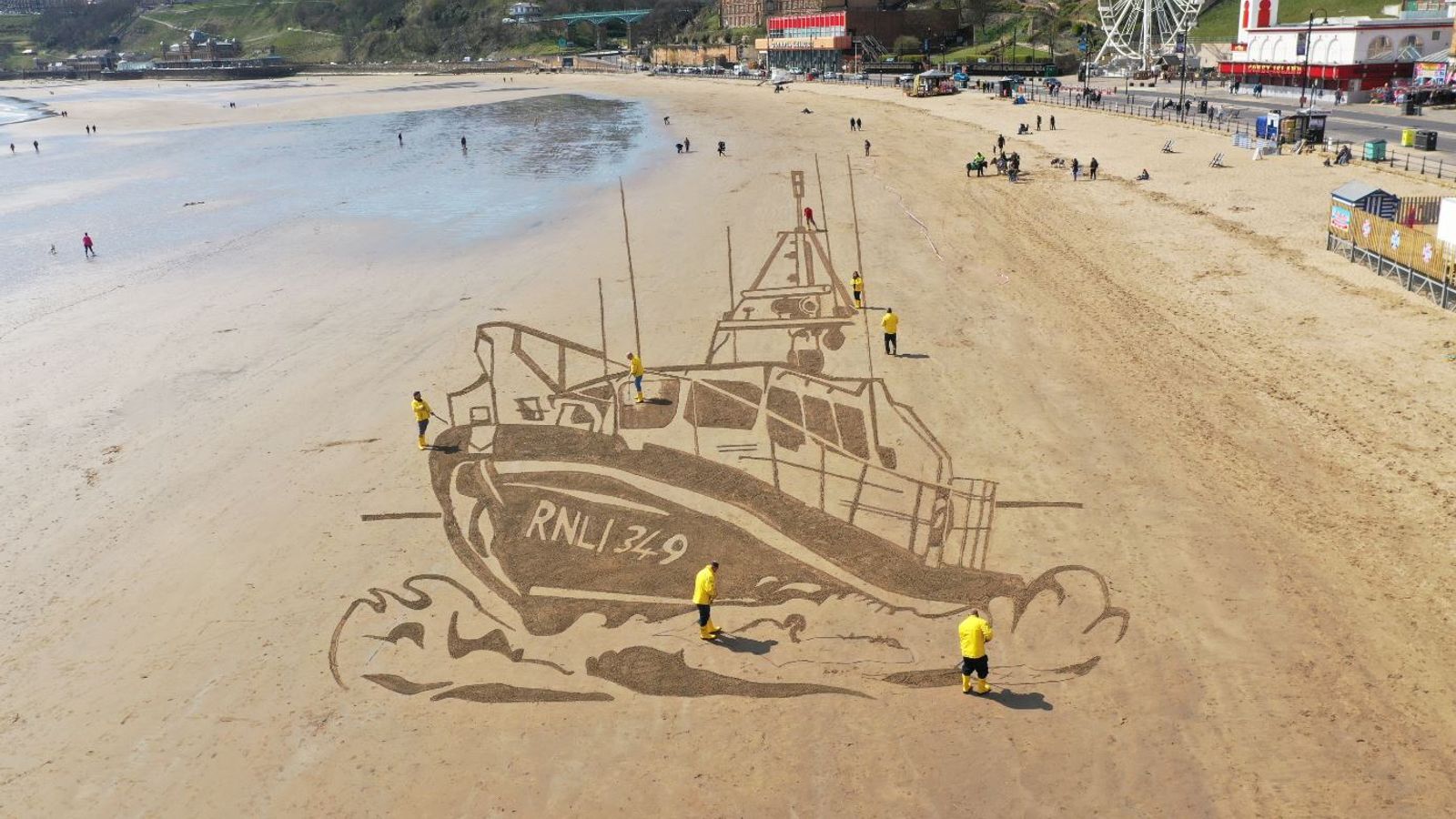 The RNLI has revealed it saved 349 lives last year – almost one life saved every day – as it urges the public to take part in a challenge to raise money ahead of an anticipated busy summer.

Data released today also revealed that RNLI lifeboat crews saved 140 lives last summer alone (1 June to 31 August), which is an increase of 32% from the previous year after coronavirus travel restrictions led to people flocking to the coast around the UK and Ireland.

The charity reported 42 lifeboat launches per day over the 2020 summer period – nearly double the number launched throughout the rest of the year.

Image: The RNLI is expecting a busy summer 2021 as more people plan on having staycations along the coast

As lockdown restrictions ease once again and many people plan to “staycation” along the British coast, the RNLI is expecting summer 2021 to be their busiest yet.

However, more funding is required to ensure their lifesaving service is able to keep everyone safe.

So the charity has put out an urgent Mayday call by asking supporters to participate in the Mayday Mile.

The challenge lets people choose between whether they want to swim, run, cycle, dance or simply walk for one mile between Saturday 1 May to Monday 31 May whilst raising vital funds for the RNLI.

To raise awareness of the Mayday Mile, a group of RNLI Lifesavers have helped to create a giant sand drawing on Scarborough Beach, inspired by a Shannon Class lifeboat – the newest class of RNLI lifeboat used by the charity to save lives at sea.

The 100-metre drawing, named Sand in Your Eye, features an RNLI crew member standing on the stern to give the illusion that the craft is answering a Mayday call out at sea.

The lifeboat’s bow features the number 349, to highlight the number of lives that were saved by the charity’s brave lifeguards and lifeboat crews last year.

All money raised through The Mayday Mile will give RNLI lifesavers the training, equipment, and kit that they need to rescue others and come home safe themselves, as well as allowing the charity to continue delivering water safety activity for those visiting the coast.

Image: The charity is urging the public to take part in a fun challenge to raise money to help support lifeboat crews

Adam Sheader, Volunteer Crew Member, RNLI Scarborough, said: “Through The Mayday Mile, we’re hoping to raise enough funds to keep crews and lifeguards kitted and trained to deal with emergencies – and to come home safe themselves.

“So please answer our Mayday call and help us to get one step closer to the happy, fun, and safe summer which we all deserve this year!”

To sign up for The Mayday Mile challenge – or to simply make a donation to support the Mayday campaign, visit RNLI.org/SupportMayday.

COVID-19: Every fine issued to coronavirus ‘rule-breakers’ should be reviewed, says committee

Richard Okorogheye: Watchdog to examine police handling of his disappearance after mother’s complaints