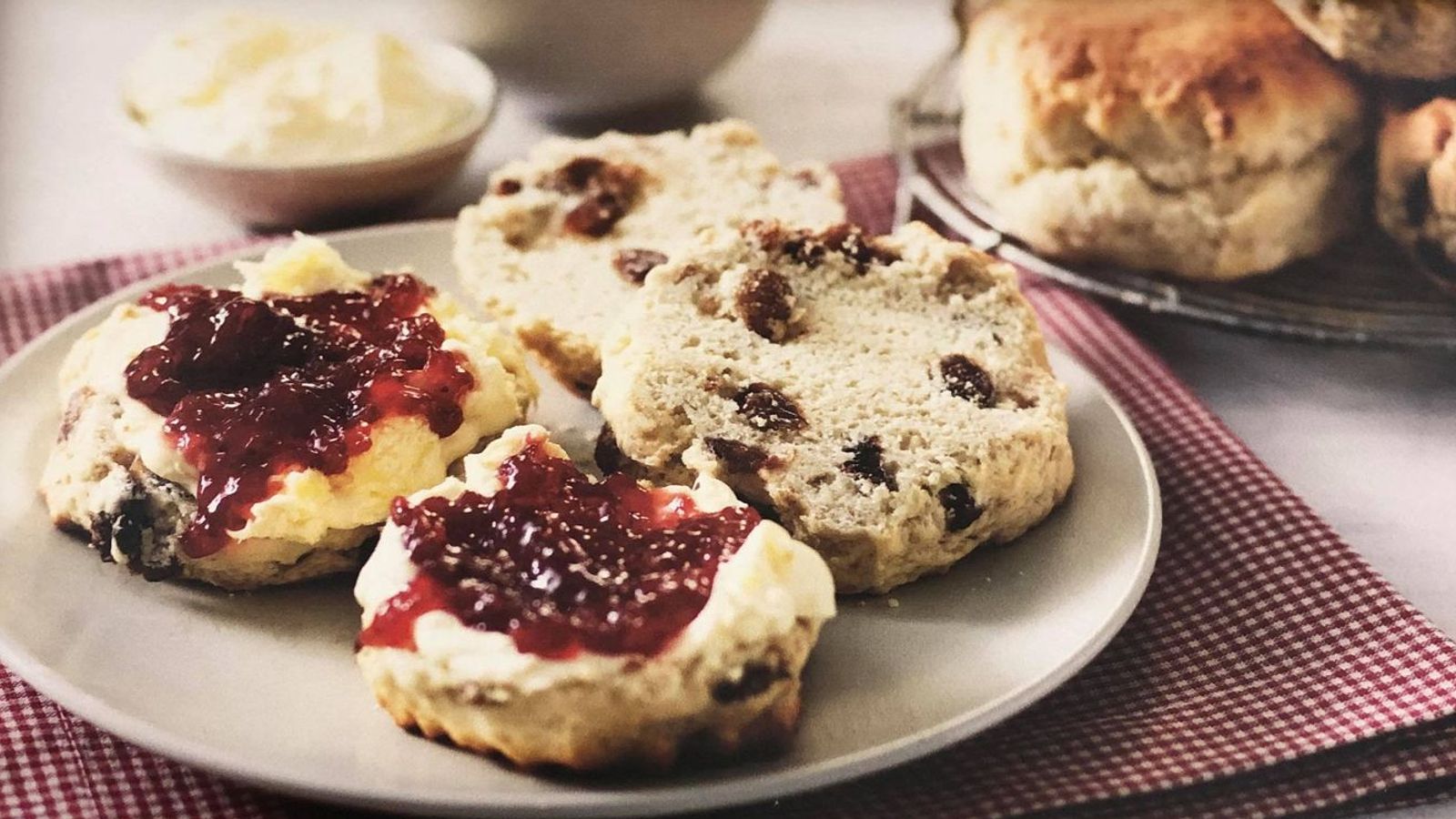 Sainsbury’s has been forced to apologise after customers in Cornwall complained it had used a photo of a scone laden with cream – with the jam on top.

The image of the fruit scone featured on an in-store advert for Sainsbury’s bakery section at a branch in Truro.

But local customers were outraged and decided to complain after they noticed that it was topped with a layer of cream first, then a helping of jam.

People in Cornwall serve their cream teas differently to those in Devon.

Image: The picture was displayed at the bakery counter of a store in Cornwall. Pic: Andreas Drosiadis

Andreas Drosiadis, who runs the Mediterraneo Deli in Truro, posted a picture of the advert online with the caption: “How did this happen?”

The 48-year-old said: “England is a country with strong local traditions that shape our everyday life.

“‘Jam first’ is a characteristic example of this and Sainsbury’s should have known better.”

When his local newspaper tweeted about the story, it addressed Sainsbury’s directly, writing: “Sainsbury’s what’s this?”

An imposter! Which store did you see this please? We’ll have a word with them about this blasphemy. Rachel

They also pointed out that according to Cornish tradition, scones with fruit already in them only require butter – not cream or jam.

“A fruit scone! with the cream on first! advertised in a Cornish store. The cheek of it! Do you think this is acceptable?,” they posted.

A Sainsbury’s spokesperson quickly replied saying: “An imposter! Which store did you see this please? We’ll have a word with them about this blasphemy!”

When they discovered the location of the advert, they added: “That’ll never do at all Truro! I’ve logged some feedback to the manager of the store to ensure they are made aware of this imposter and repair it accordingly.”

Image: Traditionally people in Cornwall layer their scones with jam first and then cream. File pic

But the outrage continued, with one social media user commenting: “That’s a fruit scone – needs butter only. Jam and cream goes on a plain scone or a split!”

“They seriously need to have a word with themselves and sort it out! Help, Cornish staff needed urgently.”

Others described the error as “disgraceful” and “shocking”.

Sainsbury’s told Sky News in a statement: “Our afternoon tea has all scone wrong in Truro! We are reviewing the customer feedback we have received.”

COVID-19: Boris Johnson denies saying he would rather see ‘bodies pile high’ than have another lockdown