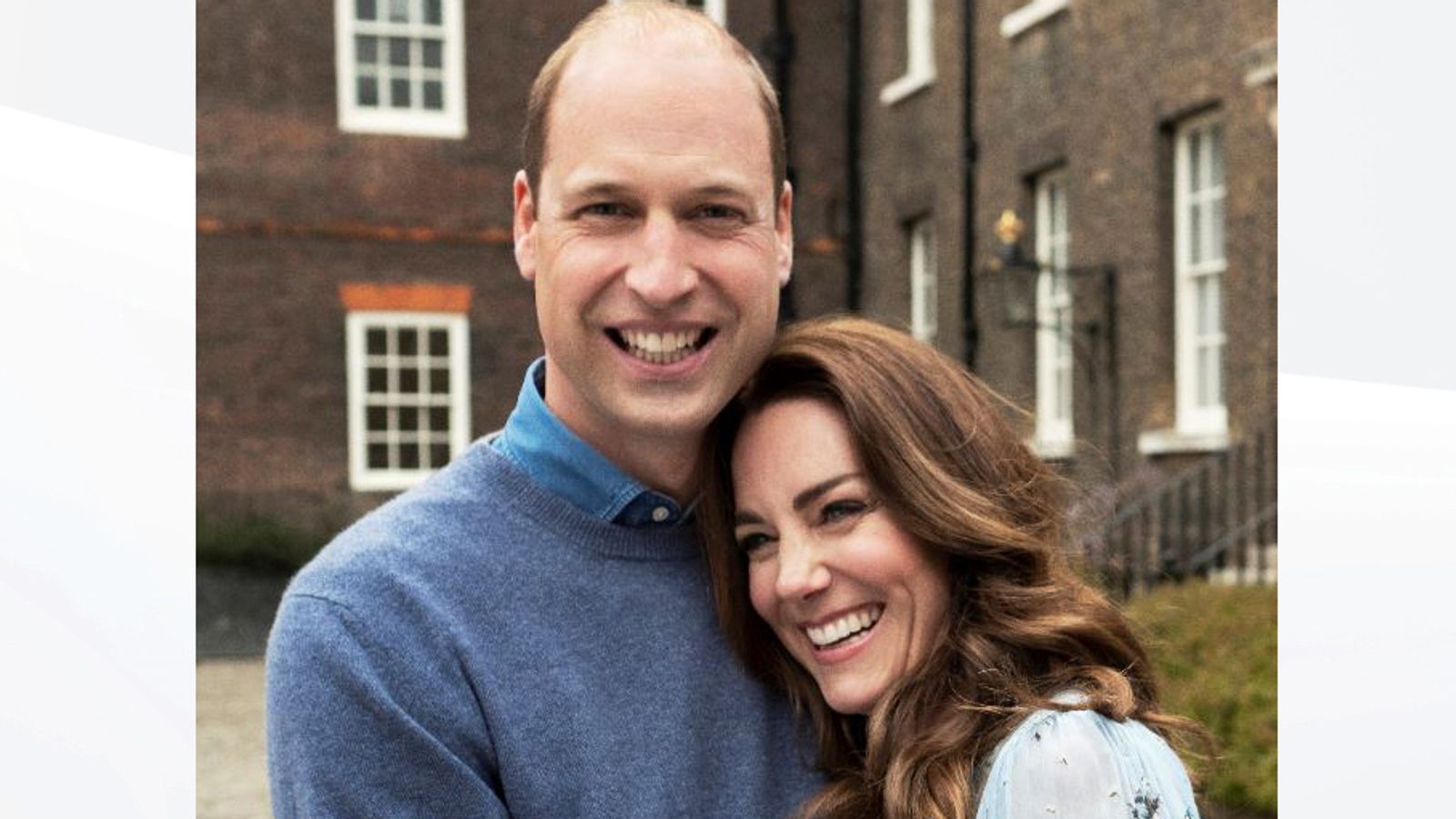 The Duke and Duchess of Cambridge have released two new portraits ahead of their 10th wedding anniversary on Thursday.

The photographs were taken at Kensington Palace this week by Chris Floyd.

Second-in-line to the throne William married his former university flatmate Kate Middleton at Westminster Abbey in London on 29 April, 2011.

Their wedding came after an eight-year relationship.

Royal writer Penny Junor said Kate – the Duchess of Cambridge – has supported William over the past 10 years.

She told the PA news agency: “I think she has been absolutely extraordinary and a model of what a future queen should be.

“She has got such poise and elegance and she’s not in competition with William. She doesn’t seem to be seeking fame.

“Everything about her is measured. She’s a grown-up. She seems to care a lot about everything she’s put her name to.

“And she’s very good with people but she’s not on an ego trip and I think that is absolutely crucial in that role.”

During the coronavirus lockdowns, William and Kate have baked goods for local vulnerable people, carried out video calls, supported key workers and home-schooled their children.

Kate has also focused on charity work in the areas of mental health, the visual arts and the benefits of outdoor life.

The couple also became joint patrons of NHS Charities Together.

The 240 NHS charities in the UK provide extra funding and additional services above and beyond what the NHS core-funds, supporting hospitals, community and mental health services, and ambulance services.