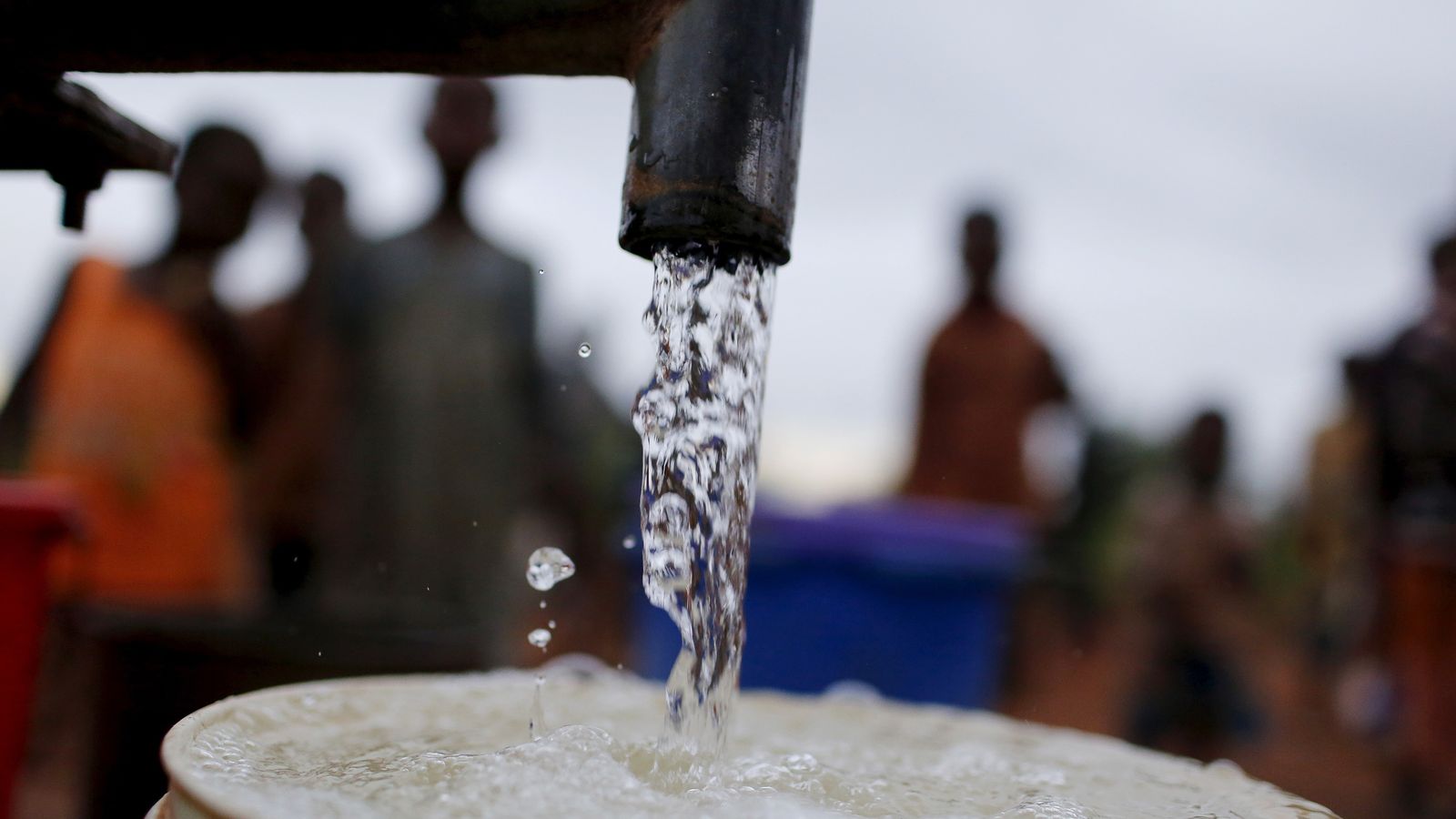 Almost all UK funding will be cut for lifesaving water projects in developing countries and efforts to eradicate polio as evidence emerges about how a government decision to slash overseas aid is hurting the world’s poorest.

A leaked memo, seen by Sky News, said that bilateral funding on water, sanitation and hygiene (WASH) programmes will shrink by more than 80% this year, despite handwashing and good hygiene being critical defences in the fight against coronavirus.

The total amount spent on this area – including multilateral programmes – is set to be reduced by 64% to about £100m, according to the briefing note which was prepared for a Foreign, Commonwealth and Development Office minister.

At the same time, Devex, a website that reports on global development work, revealed that the UK will chop funding for the Global Polio Eradication Initiative by 95 per cent – with the amount spent this year diminishing to £5 million from £100 million.

Image: The planned cut could hurt the world’s poorest at a time when their need is greater than ever

These revelations are only the beginning.

Boris Johnson’s government is cutting overseas aid by more than £4bn this financial year because of the economic impact of COVID-19 on the UK’s coffers.

The raid has triggered an outcry from aid agencies and many of the prime minister’s own MPs amid concerns it will harm the most vulnerable people on the planet at a time when their need is greater than ever and when other world powers are increasing support.

The Foreign Office appeared prepared for a backlash over the decision to cut aid for water and sanitation during a pandemic ahead of a climate change summit, hosted by the UK.

The leaked briefing note said: “We expect criticism on the reduction in spend, particularly as the UK public views WASH as a priority area for UK aid, because hand hygiene is widely recognised as a critical intervention to counter the spread of COVID-19, and because the cuts are being announced in the year that the UK is hosting COP26.”

“Cutting the last line of defence against the spread of COVID-19 will cause untold deaths and risk further waves and mutations of the virus,” she told Sky News in a statement.

“The government must stop trying to avoid scrutiny and come clean by publishing all planned spending of UK aid in 21/22.”

Asked about the planned cuts, Tim Wainwright, chief executive of the charity WaterAid, was scathing.

“There is never a good time to cut aid for lifesaving water and sanitation but the middle of the worst pandemic for 100 years must be one of the worst,” he said in a statement.

“What is even more incredible is that these savage cuts to the funding of water and sanitation… should happen just months ahead of the G7 (group of industrialised nations) and COP26 climate summits at which the UK is wanting to demonstrate global leadership.”

The water and sanitation programme and polio eradication efforts are just two one of the casualties of a decision by the prime minister last year to shrink the UK’s aid spending target to 0.5% of national income from 0.7% in breach of a manifesto pledge.

Foreign Secretary Dominic Raab faced angry questions from MPs last week about the impact of the cuts and because he has given so few details of exactly where they will fall.

Mr Wainwright said: “These cuts must be reversed at the earliest possible opportunity.”

The briefing note was drawn up for the foreign office minister Wendy Morton ahead of a meeting on Wednesday with the two co-chairs of an all-party parliamentary group on WASH to discuss UK funding of water, sanitation and hygiene initiatives globally.

The memo advised the minister that the co-chairs – Labour MP Fleur Anderson and Tory peer Lord Bates – “will be worried about the reduction in the UK’s spend on WASH at a time when COVID-19 cases are increasing and when we are preparing to host COP26”.

COP26 is the United Nations climate summit that the UK is hosting in November.

Under a subheading entitled “handling advice” Ms Morton is armed with various positive points, including how since 2015 the UK has helped over 62.6 million people gain access to safe water and sanitation.

She is also informed that UK support to a coalition which tackles the spread of COVID through changes in behaviour in some of the world’s poorest countries has not been impacted by the cuts.

Commenting on Twitter about a Sky News report on the water cuts, Ms Anderson wrote: “Clean water aid is essential for fighting COVID, saving babies from sepsis and keeping girls in school.

“It has huge support from the British public and the cuts are cruel.

“I am meeting with @morton_wendy soon to find out more.”

A spokesperson said that the UK was the third-largest aid donor in the world last year, spending £14.5bn, but the economic impact of the pandemic has forced a temporary reduction.

“We will still spend more than £10bn this year to fight poverty, tackle climate change and improve global health,” the spokesperson said.

“We are working through what this means for individual programmes. Decisions will be announced in due course.”

COVID-19: Unions add to calls for date to be set for start of coronavirus public inquiry

‘There is no cheap fix’: Online mental health services must not become the ‘new normal’, warns charity