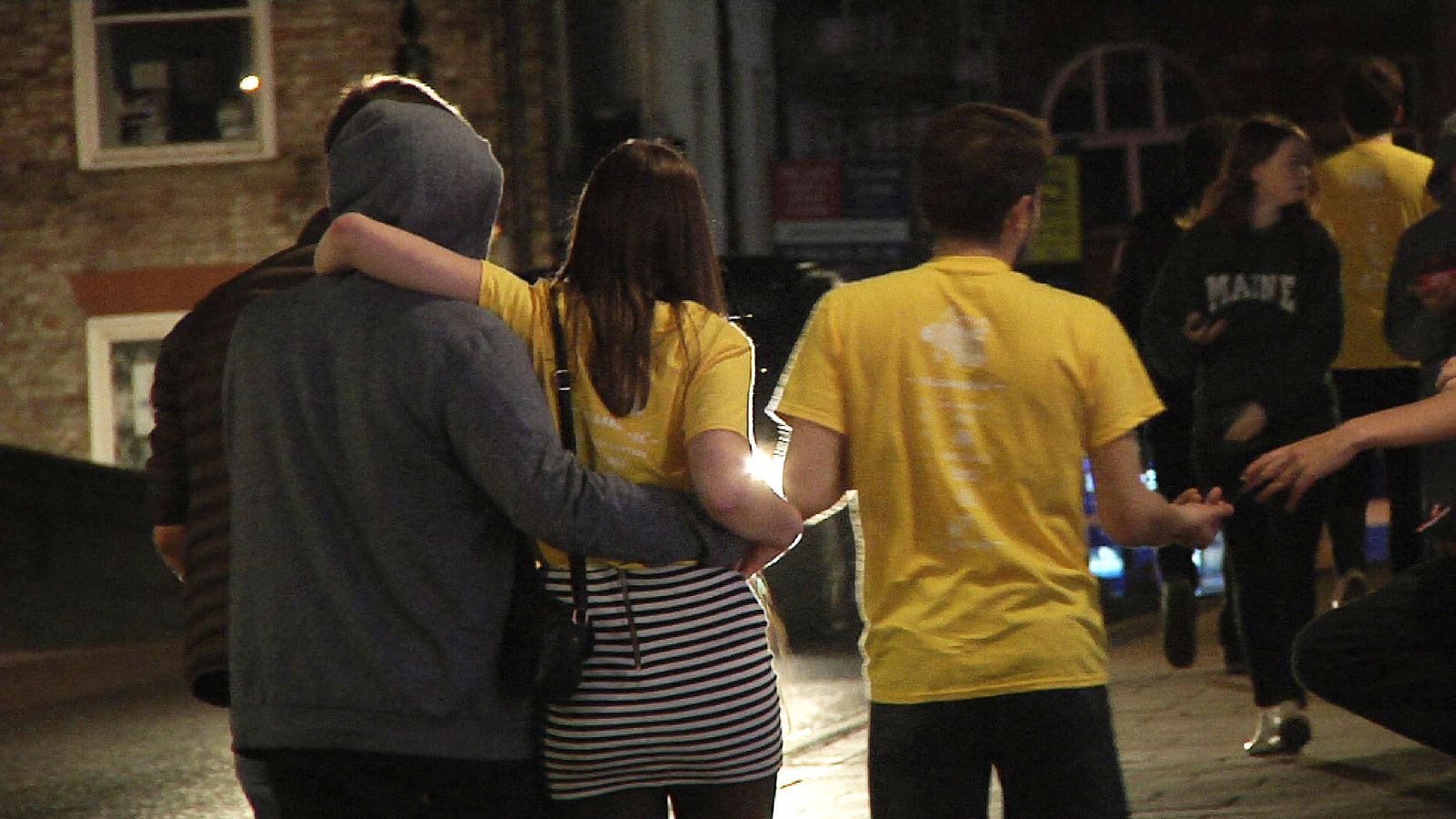 Most students want to be tested on their understanding of sexual consent before going to university, a survey suggests.

The study by think tank the Higher Education Policy Institute (Hepi) and YouthSight also found that 35% of respondents had “learned more about sex from pornography than from formal education”.

The majority (58%) of the 1,004 people questioned said students should have to pass a test to show they fully understand sexual consent before starting university.

And 51% thought relationships and sex education should be compulsory during the welcome period.

Image: A third of students polled said they learnt more about sex from pornography than from education

The findings have been released after nearly 100 British universities were named on Everyone’s Invited, a website where students anonymously shared experiences of sexual harassment, abuse, assault and misogyny.

Several top UK institutions were mentioned more than 50 times – which has highlighted allegations of a “rape culture” in education settings.

More than 10,000 reports had been posted on the Everyone’s Invited website last month – with many testimonials revealing at which school or university assaults were said to have taken place.

The Office for Students (OfS) published its “statement of expectations” earlier this month – which outlined that training should be made available for all staff and students, which could cover bystander initiatives, consent and handling disclosures, to raise awareness of harassment and sexual misconduct.

Nick Hillman, director of Hepi and author of the report, said: “It is vital to build a better understanding of how students live today, including during the COVID-19 disruption, if they are to have the right support.”

Helen Marshall, chief executive of Brook, a charity that works with young people to promote their sexual health, said: “While some of the findings are encouraging, much more still needs to be done to support students at university, many of whom will be away from home for the first time.

“Young people are sadly entering higher education feeling unprepared for the reality of sex and relationships, and there is clear demand from students themselves for greater education around consent.”

Biggest coin ever made in Royal Mint’s 1,100 year history unveiled