COVID-19: Over 34 million in UK have had first coronavirus jab 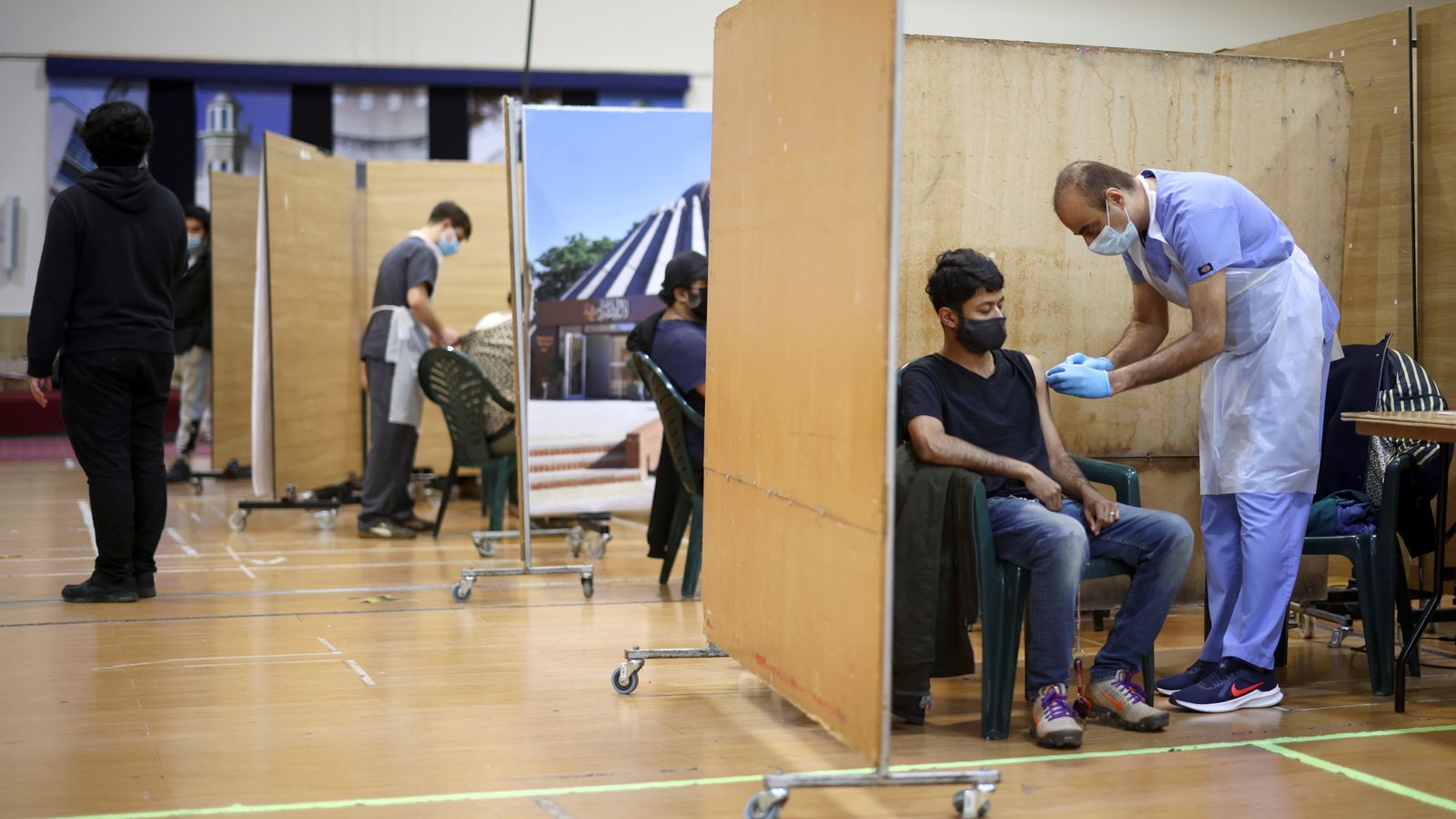 More than 34 million people in the UK have now had their first dose of a coronavirus vaccine – and 14 million have had both jabs, latest figures show.

Meanwhile, another 2,445 COVID-19 cases have been reported in the UK.

And there have been 22 more coronavirus-related deaths within 28 days of a positive test, taking the UK’s overall number of deaths to 127,502.

The latest figures compare with 2,166 infections and 29 fatalities announced on Wednesday, while 2,729 cases and 18 deaths were reported last Thursday.

A number of local authorities are seeing a rise in infections.

As reported yesterday, Selby in North Yorkshire is the new UK hotspot due to a warehouse outbreak. The area has both the highest jump (71.7) and the highest case rate (163.3) in England, Scotland and Wales.

The next highest jump has been seen in Waverley, Surrey, though its case rate of 42.7 is lower than towns such as Harborough in Leicestershire, Guilford in Surrey, and South Ayrshire in Scotland.

It is the first time since the start of September 2020 that as many as 19 in 20 areas have seen their rates plunge below such a symbolic level.

Around one in 10 areas are even recording rates in single figures.

It is almost a complete turnaround from how the data looked three months ago, when the second wave of coronavirus had just peaked.

Meanwhile, Matt Hancock has described it as a “privilege” to get his first coronavirus vaccination at London’s Science Museum, and thanked England’s deputy chief medical officer, Professor Jonathan Van-Tam, for administering the jab.

The health secretary tweeted a picture of the moment he was given his first dose, describing the process as quick and painless.

Mr Hancock said he was “very excited” when he was called for the jab and encouraged everyone invited for a COVID vaccination to take up the offer.

Alongside a picture of himself getting the injection from a masked Prof Van-Tam, he wrote: “Brilliant! Got the jab. In & out in 8 minutes. Didn’t hurt at all. Massive thanks to JVT & the @sciencemuseum team. When you get the call, get the jab!”

Also, the government has announced Sir Simon Stevens is to be made a peer after he steps down as chief executive of NHS England at the end of July.

Image: Sir Simon Stevens is to be made a peer

Prime Minister Boris Johnson said Sir Simon had “led the NHS with great distinction for the past seven years”.

“I want to thank him for his dedicated service throughout – but especially when facing the extraordinary pressures of the past year, and for his huge contribution to our vaccine rollout,” he said.