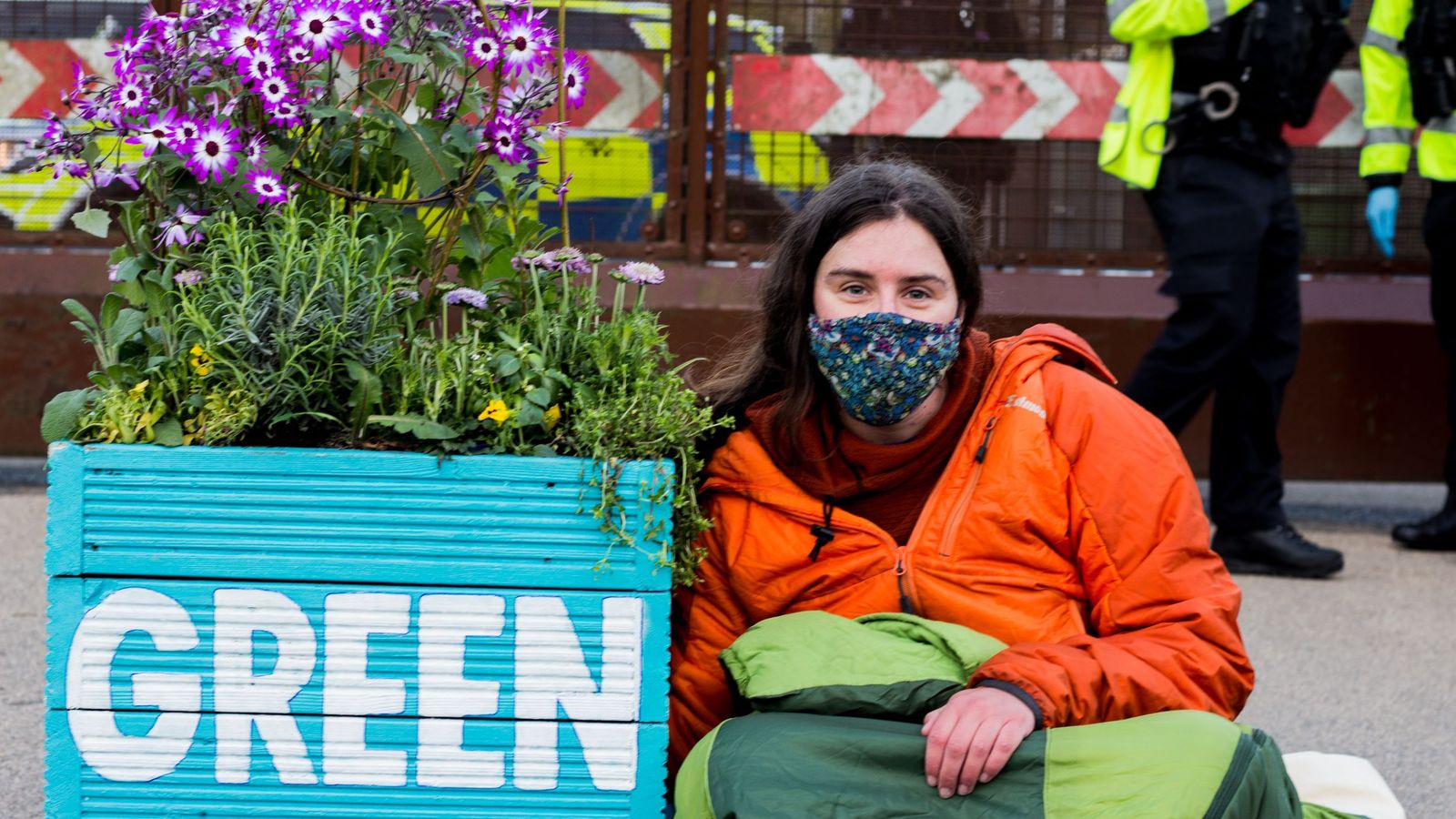 Activists have blockaded a nuclear base by locking themselves to three giant plant pots in front of the entrance.

Members of Extinction Rebellion Scotland, alongside peace activists from Trident Ploughshares, have staged the blockade at Faslane base on the Gare Loch in Argyll and Bute.

The group placed three square pots, which contain plants and flowers and are painted with the words “Safe”, “Green”, and “Future”, on the road on Friday.

An Extinction Rebellion protester is locked on to each planter so they cannot be moved, preventing access to the base, though emergency vehicles can still access the site via the south gate.

Image: The action is part of a global day of anti-war resistance celebrating the anniversary of the end of the Vietnam War

The protesters said they are demanding a future safe from the “threat of nuclear weapons and environmental destruction”.

Sarah Krischer, 28, an archaeologist and Extinction Rebellion Scotland activist, said: “Nuclear weapons are an existential threat to the entire world.

Image: Faslane has been the scene of a number of protests. File pic

“Stockpiling weapons with the ability to wipe out all life in order to appear tough does nothing to keep either the UK or any other country safe.

“The ongoing environmental degradation caused by uranium mining and nuclear testing continues to be felt, particularly among Pacific island nations that are also the most threatened by climate change.

“We must come together to build a safe, more just future for all.”

:: Subscribe to ClimateCast on Spotify, Apple Podcasts, or Spreaker.

Police Scotland said it is aware of the incident and officers are at the scene.

HM Naval Base Clyde, known as Faslane, is home to the UK’s nuclear deterrent.

Extinction Rebellion said the action is part of the Peace Lotus campaign, a global day of anti-war resistance celebrating the anniversary of the end of the Vietnam War.

Julia James: Police considering ‘all possible motives’ in murder of PCSO as public warned to be ‘vigilant’