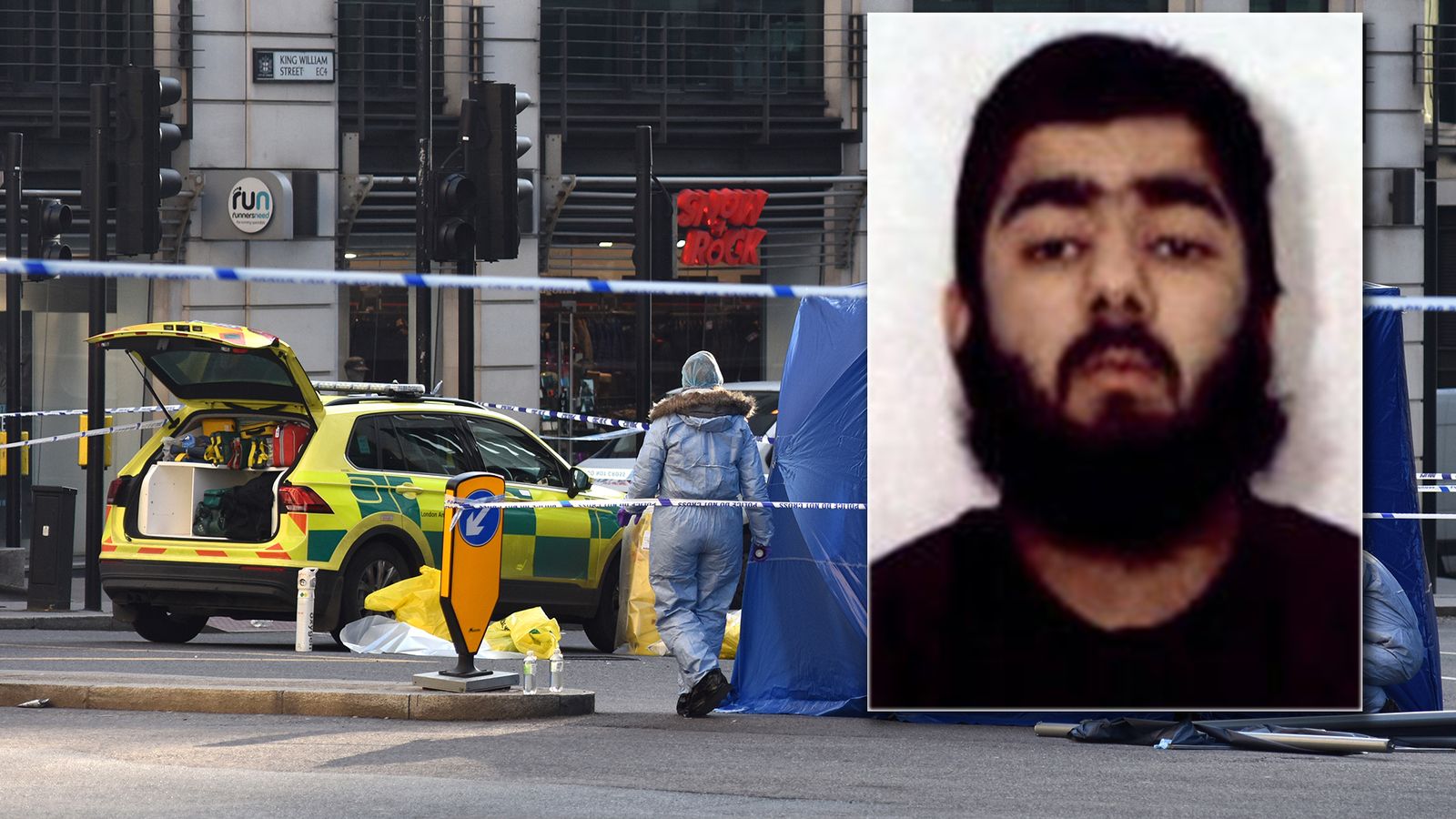 Usman Khan stabbed and killed Jack Merritt, 25, and Saskia Jones, 23 – both workers on a Cambridge University prisoner rehabilitation project – at a conference at the livery company on 29 November 2019.

Khan, who was wearing a fake suicide vest, was shot dead by armed police on London Bridge, 13 minutes after the attack began.

Image: Jack Merritt, of Cottenham, Cambridgeshire, was killed in the attack

He had bought an extra-large puffa-style jacket the day before to conceal the fake suicide vest around his waist.

Steve Machin, the head of counterterrorism at Whitemoor prison, where Khan was held for terrorism offences, was among the guests at the conference.

“I could see him wearing a Sondico base layer and he provided a back story about the cold weather which sort of made sense,” he said.

“I did comment on the coat and the story he gave seemed plausible at the time.”

Image: Usman Khan stabbed Saskia Jones, who sat on the same table as him at Fishmongers’ Hall

But Mr Machin said: “I couldn’t live my life suspecting every encounter I have with community or ex-offenders is going to lead to a death sentence.

“I wouldn’t be able to live with that level of paranoia.”

He said it was almost a year since Khan had left the prison and things that he had heard were “in continuation of the early stages of changes I’d seen”.

Being able to have his own accommodation after a spell in a probation hostel, and hearing that he would not be escorted by police to the event led him to think that Khan “must have continued on the path he had taken”.

Image: Darryn Frost fought off Khan with a narwhal tusk before pinning him to the ground to help end the attack. Pic: Met Police

Georgina Butler, head of learning and skills at the prison, had sat at the same table with Khan, Mr Machin, and Ms Jones at Fishmongers’ Hall.

“I asked how his family is now, I know that is a significant contact for prisoners and I found him quite chatty, more than before,” she said.

Khan told a story about his sister taking her children to school and being mistaken for their sister rather than their mother.

“I had got to the hall and I was very flustered and warm, flapping my jacket a bit to cool down.

“I saw Usman in the puffa jacket and thought that was a bit peculiar.

“I remember seeing under the jacket a skin type layer, a base top, and just thought he was wearing the wrong type of clothes, he was uncomfortable, he’s trying to hide himself.

“There were other people in jumpers, and I knew that I had been running around and I thought I had got myself flustered and was particularly warm.”