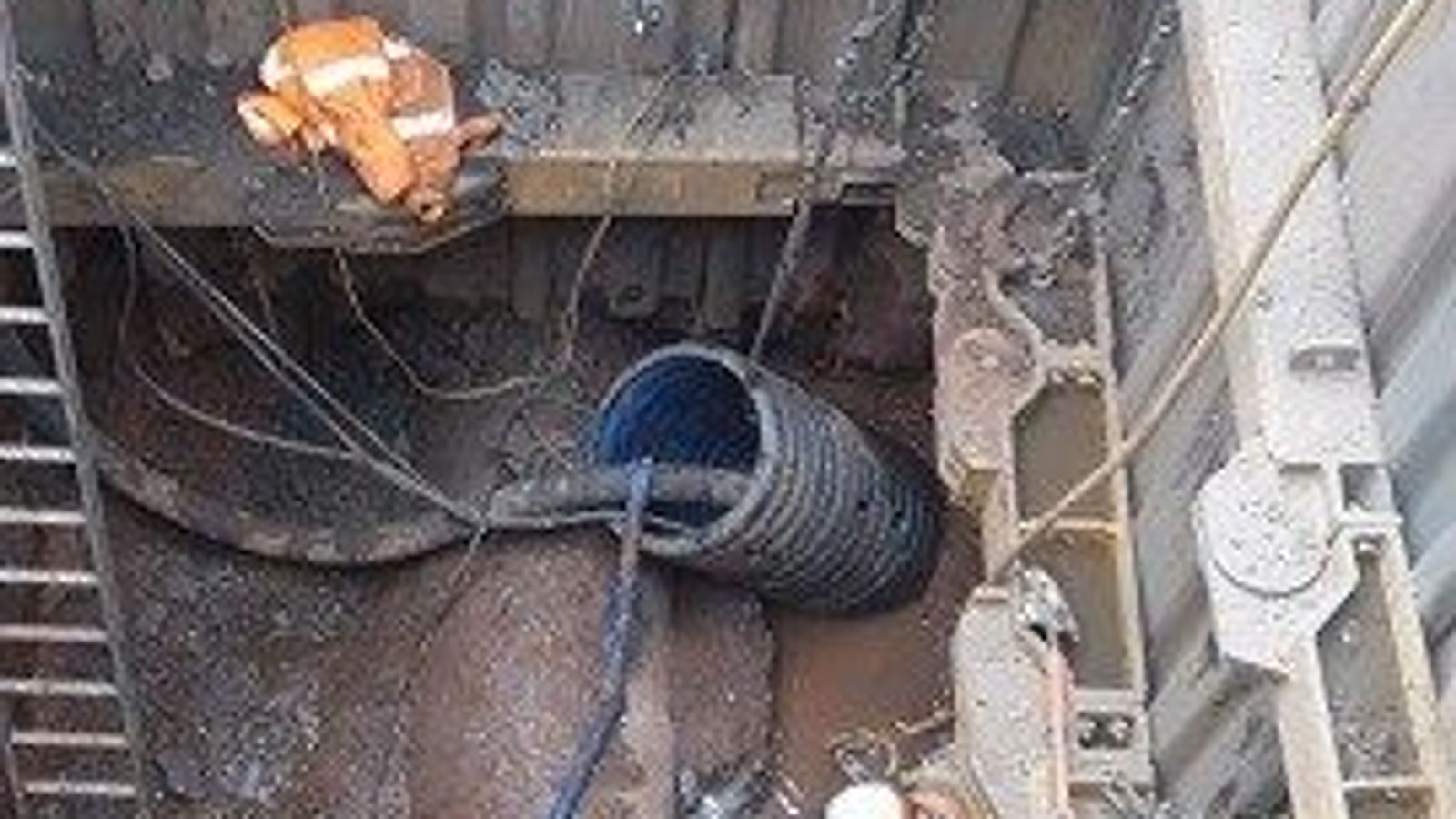 A giant fatberg measuring a kilometre in length is blocking a Birmingham sewer.

The blockage is thought to more than a metre high and weigh about 300 tonnes, according to Severn Trent, and is clogging the sewer in the Hodge Hill area of the city.

The company believes it is one of the biggest it has ever had to remove, saying it could take until next month to clear.

Image: This fatberg in London, which was the weight of a bungalow, was removed in February. Pic Thames Water

Fatbergs are caused by non-biodegradable waste, such as wet wipes and cooking oils, being flushed into the waste system, creating a solid, immovable mass.

Severn Trent was alerted to the blockage by sensors in the sewer system that monitor rising water levels.

It is just one of thousands of blockages the company says it has had to deal with in the last year, three-quarters of which are caused by misuse of the sewer system.

“This giant mass is the result of everyone occasionally washing and flushing the wrong things down the drains, and not realising the impact that it’s having.

“The problem is that unlike toilet paper, wipes and other unflushables, including nappies and sanitary products, don’t break up or dissolve, so they easily get stuck in drains and sewers and then attach on to cooking oil and grease to create a fatberg.

“Our advice is to always leave leftover cooking fat to cool, before disposing of it in the bin and to stick to only flushing the three P’s (pee, poo and toilet paper) and bin anything else.

“These relatively small changes can make a big difference and hopefully avoid any future fatbergs.”

The company added that it apologised to the disruption that may be caused by the ongoing work.