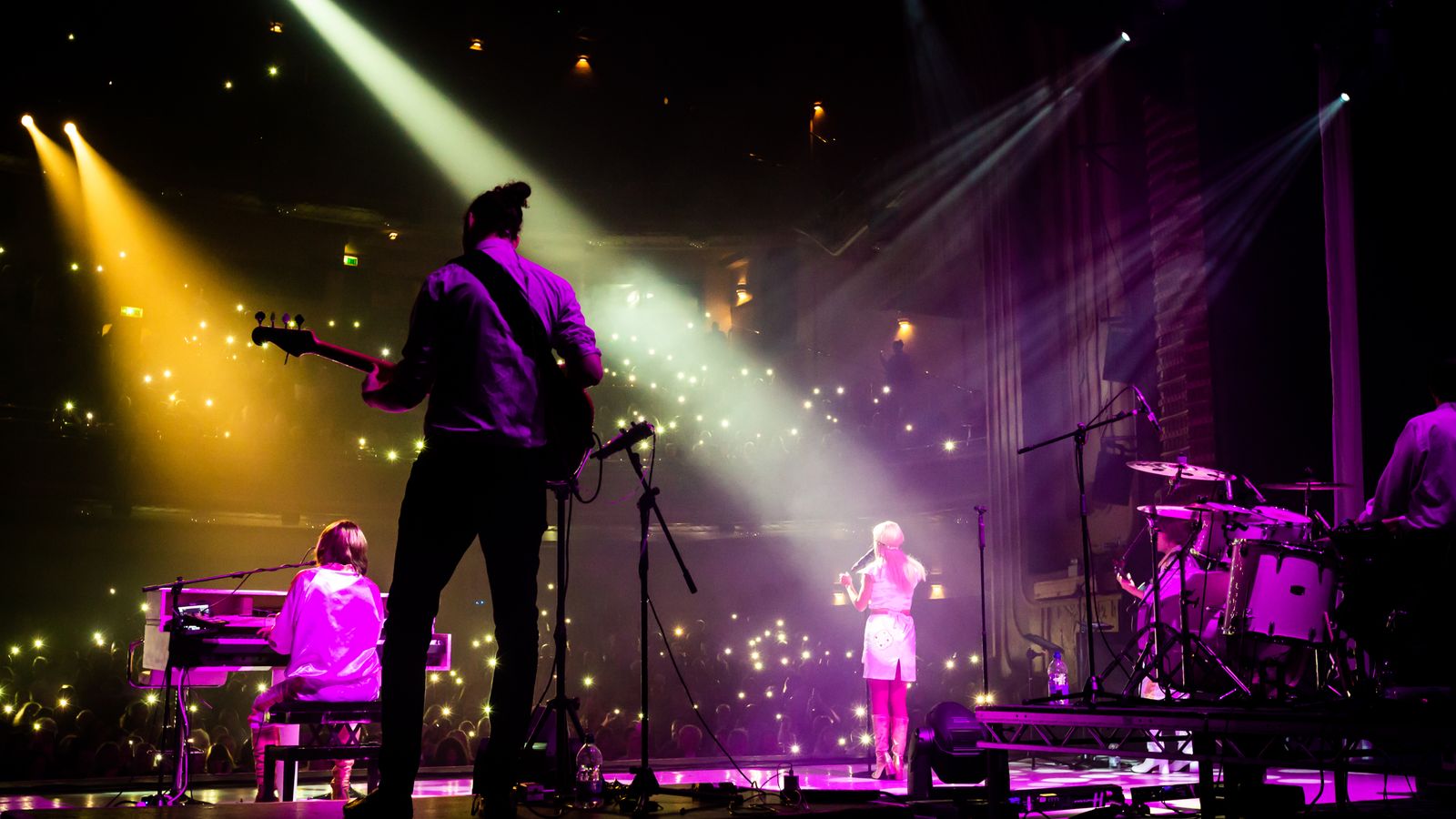 For so many people, not being able to work in theatres and performance venues for the last year has been challenging both mentally and financially.

It wasn’t just performers that were left in the dark when the house lights came down – lighting crews, sound technicians, musicians and stage managers were among those who suddenly saw their livelihoods put on pause.

Testifying to that, an actress from the smash-hit touring show Abbamania has said that the last 12 months have been an “incredible dark time” for the industry, adding performers have been “very much been left behind”.

Image: Tamsin Stewart (left) feels that performers have been left behind

Tamsin Stewart spoke to Sky News as theatres tentatively began to announce plans to fling open their doors for the first time in more than a year.

She has been with Abbamania, which will open a West End residency for the first time since 2002, for 15 years, and said when the pandemic forced theatres and venues to close, it means her diary went from full, to “absolutely nothing”.

“It was so frustrating. I don’t think it’s ever been like this before,” she told Sky News.

“Even in the Blitz, there was still entertainment happening in venues in Paris and London, there were still people turning to music and entertainment at times of hardship.

“And, hopefully now the summer’s looking great. Everything’s crossed that can continue, but it’s certainly been a really challenging and dark time.”

Image: Stewart (left) says that even one audience member would be exciting now

Chancellor Rishi Sunak sparked fury among the creative industries last year when he suggested that performers should retrain as part of the country’s response, and recovery, to the pandemic.

“It’s all very easy for people to say, well, you just got to get another job,” Stewart said.

“The training that goes into what we do, this isn’t something you just stumble into. It’s all I’ve ever done. It’s years and years of training, thousands and thousands of pounds invested over the years. And it’s not something you do lightly.

“I could have done lots of other things, but I just had to do this. So to have it taken away from you is really hard.”

The industry is preparing for a cultural explosion back onto stages though, with dozens of shows and productions, including Abbamania, intending to welcome audiences again – and soon.

The government’s lockdown roadmap appears to be on track, with the next stage being the reopening of entertainment and indoor hospitality venues, albeit with social distancing and masks, on 17 May.

Image: Tamsin has been with the cast for 15 years. Pic: Ben Moore

“There’s going to be something really special about it,” Stewart explained, but admitted it will be a different experience to performing in a packed-out theatre.

“Don’t get me wrong, we’re used to packed theatres, we normally do… 1,400 tickets in our theatres and the energy you get from that when you’re on the stage is just phenomenal – that’s why I love what I do so much.

“But right now, having not sung to anybody for a year or two, with a band that has not performed to anyone for a year – one person out there would be really exciting, but it is going to feel different.”

Abbamania will run (socially-distant) from 21 May until 6 June at the Shaftesbury Theatre, with tickets available now.