COVID-19: Daily lateral flow tests could be ‘viable alternative’ to isolation for people exposed to coronavirus 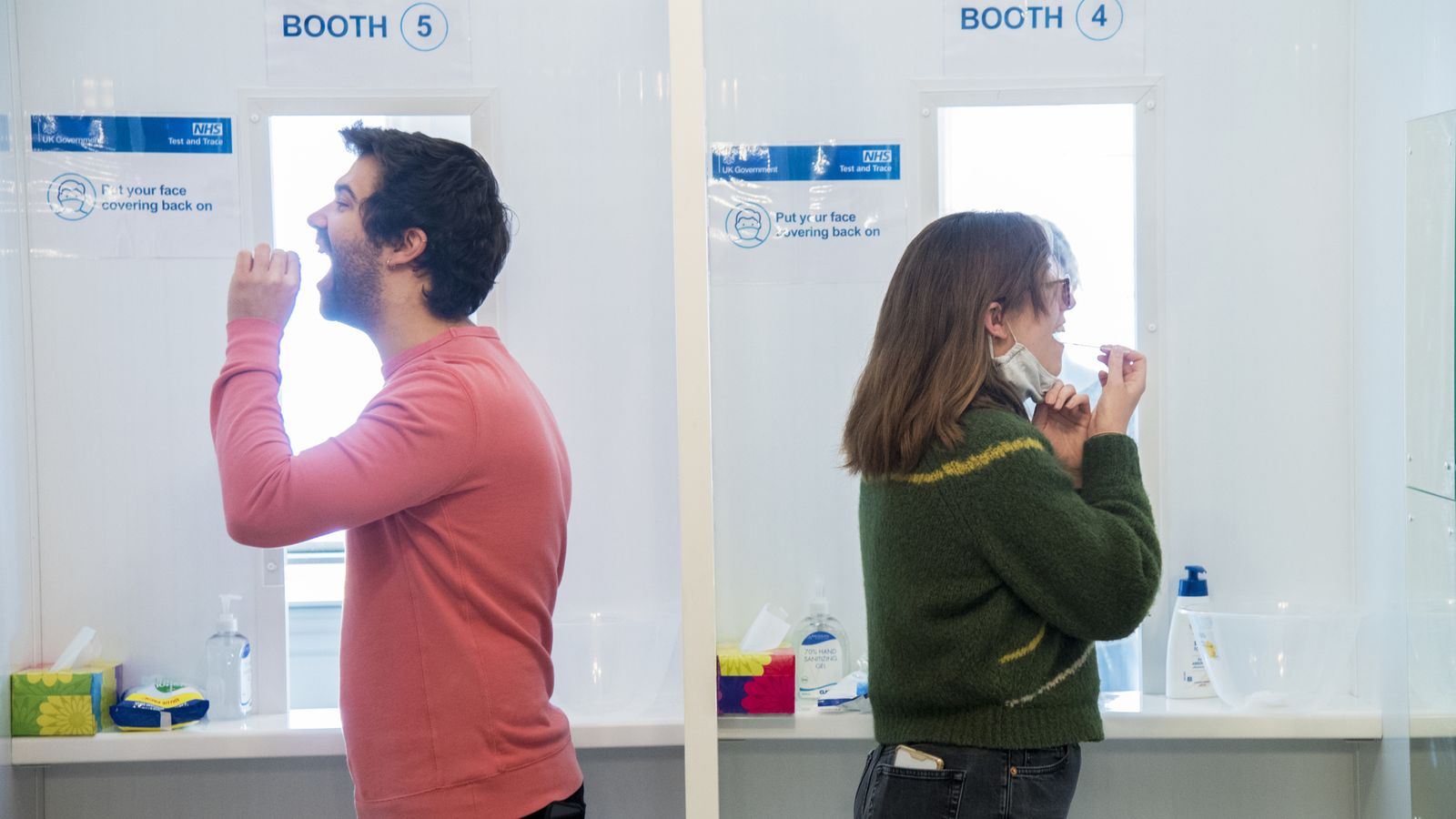 Daily lateral flow tests could be used as an alternative to isolation for those who have been in contact with someone who tests positive for the coronavirus.

Currently, these people must quarantine for 10 days but a trial in England will see daily lateral flow tests given to as many as 40,000 people.

Participants in the trial will be sent a week’s worth of tests and will be able to go about normal life as long as their daily results are negative.

The trial could provide evidence that would reduce the length of time contacts of positive cases need to isolate.

Health Secretary Matt Hancock said: “This new pilot could help shift the dial in our favour by offering a viable alternative to self-isolation for people who are contacts of positive COVID-19 cases, and one that would allow people to carry on going to work and living their lives.”

The trial will begin on 9 May and close contacts of people with the coronavirus will be contacted by phone and sent seven days of the tests if they decide to participate in the study.

They will have to test themselves every morning for seven days and, as long as they test negative and do not have symptoms, they will be exempt from the home isolation rule.

Professor Isabel Oliver, who is leading the study as Public Health England’s national infection service director, said the study will be key to informing how “the approach to testing might evolve”.

“This study will help to determine whether we can deploy daily testing for contacts to potentially reduce the need for self-isolation, while still ensuring that chains of transmission are stopped,” she said.

“Contacts of cases are at higher risk of infection so testing them is a very effective way of preventing further spread.”

On Friday, details were released about an earlier pilot of 1,370 close contacts using testing as an alternative to isolation.

This trial ran in December and January and the uptake of daily testing was 62%, although it was lower in some ethnic minority groups.

February: ‘Too early for UK to take foot off the brake’

The researchers said: “Overall, our data suggested that daily testing has the potential to be a feasible and acceptable alternative to self-isolation.

“However, there is a need to develop materials and campaigns to explain the rationale and procedures and address concerns, especially among BAME communities.”

Meanwhile, The Sunday Times has reported that health officials are drawing up plans to offer the Pfizer vaccine to secondary school pupils from September.

A document seen by the newspaper said children over the age of 12 could be offered a single dose when the new school year begins.

The move depends on advice from the joint committee on vaccination and immunisation, which is expected this summer.

Professor Adam Finn, who sits on the committee, told the newspaper: “We need to be in a position to immunise children, particularly teenagers, promptly and efficiently if we need to.”

He said if virus rates rose significantly after the summer reopening, vaccinating children would be a priority to prevent any further school closures.

The Pfizer vaccine is in the frame because it is the only one so far to produce trial data for under 16s.