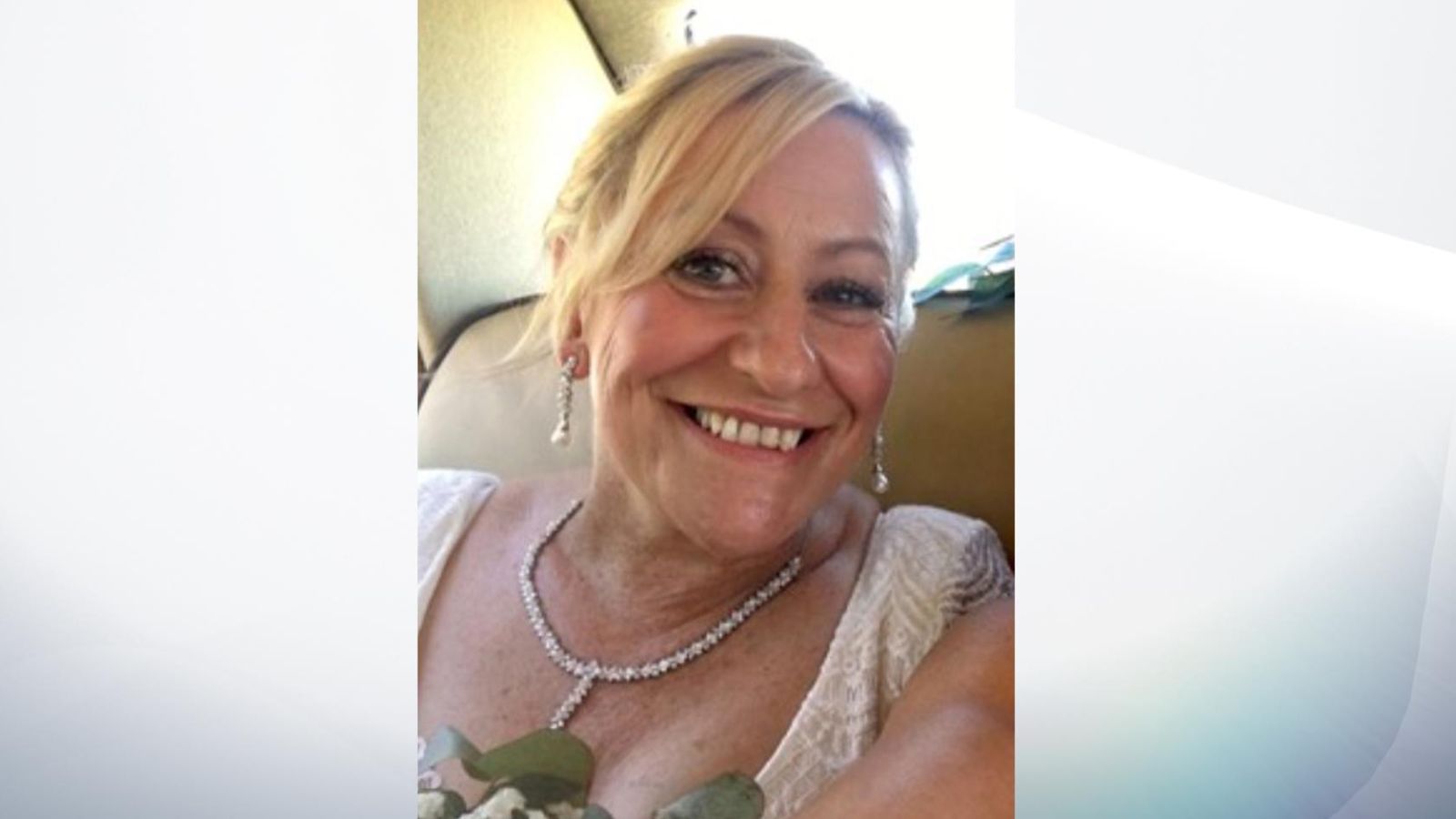 The uncle of murdered PCSO Julia James has appealed for help in finding her killer.

Michael Turnbull wrote on Facebook that his niece’s attacker was “a monster”, and that he had loved her since the day she was born.

Ms James was walking her dog in in Akholt Wood in Kent earlier this week when she was found dead with “significant head injuries”.

Image: A forensics tent has been put up close to the woods

Asking users to share his post, Mr Turnbull wrote: “Julia has been taken from us by some worthless, cowardly excuse for a human being for no other reason than his own sense of self gratification to justify what he did, leaving behind a family full of broken hearts and sadness.

“Please share this and let us find this monster before he can cause more grief to another family.”

On Saturday, one of Ms James’ colleagues described her as “ray of sunshine”, adding the team is “completely in shock” at her death.

Fellow Canterbury PCSO Kelly Adsia said: “We are just trying to focus on the amazing times we had with her, the laughs and the hugs, rather than what happened because that (her killing) dehumanises her.”

“You can say amazing and wonderful but it is not enough and it sounds like a cliche. When you say that someone is lovely, it makes them sound like she was a wet lettuce and she wasn’t.

“She was so cheeky, funny and naughty. She would walk into the office and we would all be laughing. She was just like a ray of sunshine.

“There are just not the words you can use (to describe her). She was just so wonderful and lovely.”

Police were searching the verges of the wood over the weekend, close to where Ms James’ body was found, and a white police tent was erected nearby.

Floral tributes have also been left for the PCSO near to the site.

At a news conference close to the scene on Friday, Kent Police Assistant Chief Constable Tom Richards said that while hundreds of officers were working on the investigation into her death there were currently no “clear suspects and no known motive”.

He said the public should be “cautious and aware” and added: “I do understand local residents are concerned – that is completely natural.

“But, I do not at this stage have an identified suspect and do not know what the motive is for this attack.”