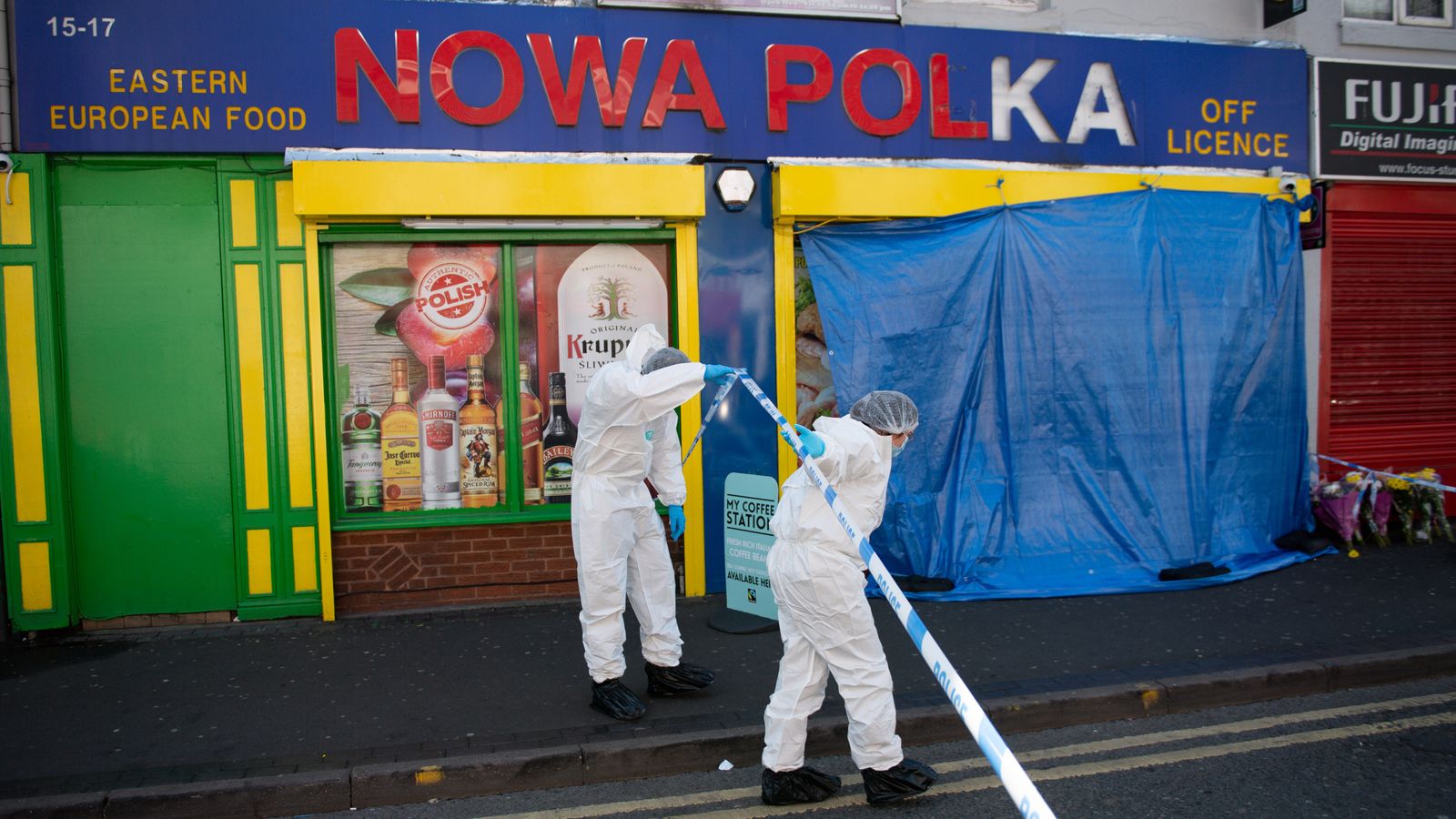 A murder investigation has been launched after a teenage boy was chased into a shop and fatally stabbed.

West Midlands Police said the 17-year-old victim was found with knife wounds next to a white Ford Focus which had crashed in a street in Smethwick, at about 4.20pm on Saturday.

Witnesses say he had been followed into a shop in Waterloo Road minutes earlier where he was attacked with a knife.

He was taken to hospital but pronounced dead about an hour later.

Image: Police are appealing for witnesses to come forward

An 18-year-old man was arrested on suspicion of murder in the early hours of Sunday at an address in the town.

Detective Inspector Hannah Whitehouse, from the homicide unit, said: “This is a tragic loss of a young life and my thoughts are with the boy’s family who are clearly devastated at what’s happened.

“We understand the victim was stabbed in Waterloo Road but then transported in a white Ford Focus that crashed in Heath Street.

“Several people fled the scene of the collision and we are working hard to try and identify everyone involved.”

She said officers had worked “through the night” and had seized CCTV and spoken to a number of witnesses which led to the initial arrest.

But she added: “I really need to hear from any witnesses who saw the victim being chased in Waterloo Road or him and the attacker leaving that location, plus anyone who saw the collision in Heath Street and what happened afterwards.

“If anyone captured video on phones or dashcam then I would also urge them to get in touch as they could have vital information.”