COVID-19: ‘Deeply painful’ limit on mourners at funerals to be lifted 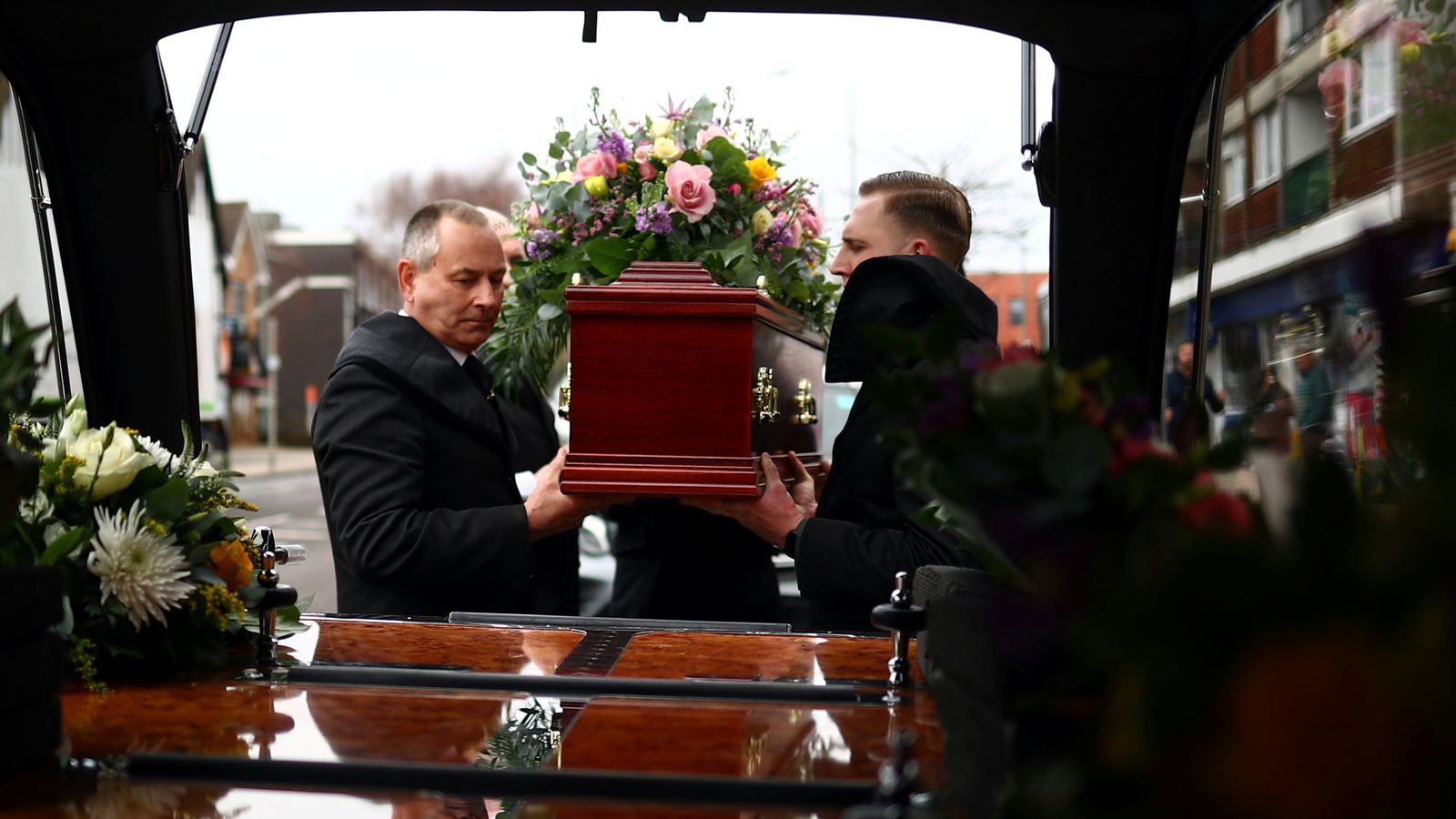 The legal limit on the number of mourners at funerals will be lifted on 17 May, the government has confirmed.

At the moment only 30 people are allowed to attend because of coronavirus restrictions.

But under the government’s roadmap for reopening, the size of the group will depend on how many people can be accommodated in the venue safely and in a socially-distanced way.

This will include both indoor and outdoor venues.

The change has come too late for Saleyha Ahsan, whose father died of COVID-19 in December.

Image: Saleyha Ahsan says she had to establish ‘the pecking order’ for her father’s funeral when he died in December

At the same time as dealing with their shock and grief, Ms Ahsan and her siblings had to choose which family members and friends could be invited to the funeral.

The doctor and journalist said: “We had to go through my dad’s iPhone to find out, me and my sibling were sitting there thinking: ‘Who’s in the pecking order?’

“We didn’t know who was closer – we had our immediate family, brothers and sisters, and their children.

“Under normal circumstances, even though it would be a quick process from passing away to the cemetery – maybe even on the same day or the next day – you would just send the word out that the funeral is today, the funeral is tomorrow, and everyone would just come,” she added.

“And for us, spiritually, the more people that come to pray, the better.”

Funeral director Jeremy Field said people who have a funeral planned for the next couple of weeks may now decide to postpone, so their loved ones could have a proper goodbye.

“The more people you can have around you the greater sense of community, the greater humanity that brings to the grieving process,” he said.

“You want to have those you love around you.

“This is the moment to say how much someone meant to you, how much you love them, how much you’re going to miss and how life will never be the same again, and you only get one shot at that.”

The government said the limit on the number of mourners is able to be lifted because of the success of the vaccination programme and the public lockdown effort.

Communities Secretary Robert Jenrick said: “The British people have made huge sacrifices throughout the pandemic to protect the NHS and save lives, and nowhere is that more apparent than in the deeply painful restrictions on the numbers attending funerals.

“Losing a loved one has been incredibly hard during the pandemic and I am pleased we are now in a position, thanks to everyone’s continued efforts and the rollout of the vaccine, to remove these limits and allow more friends and family to come together and pay their respects.

“I look forward to working with faith leaders responsible for places of worship, and those who manage venues such as funeral homes, to introduce the new arrangements in a way that continues to keep people safe.”