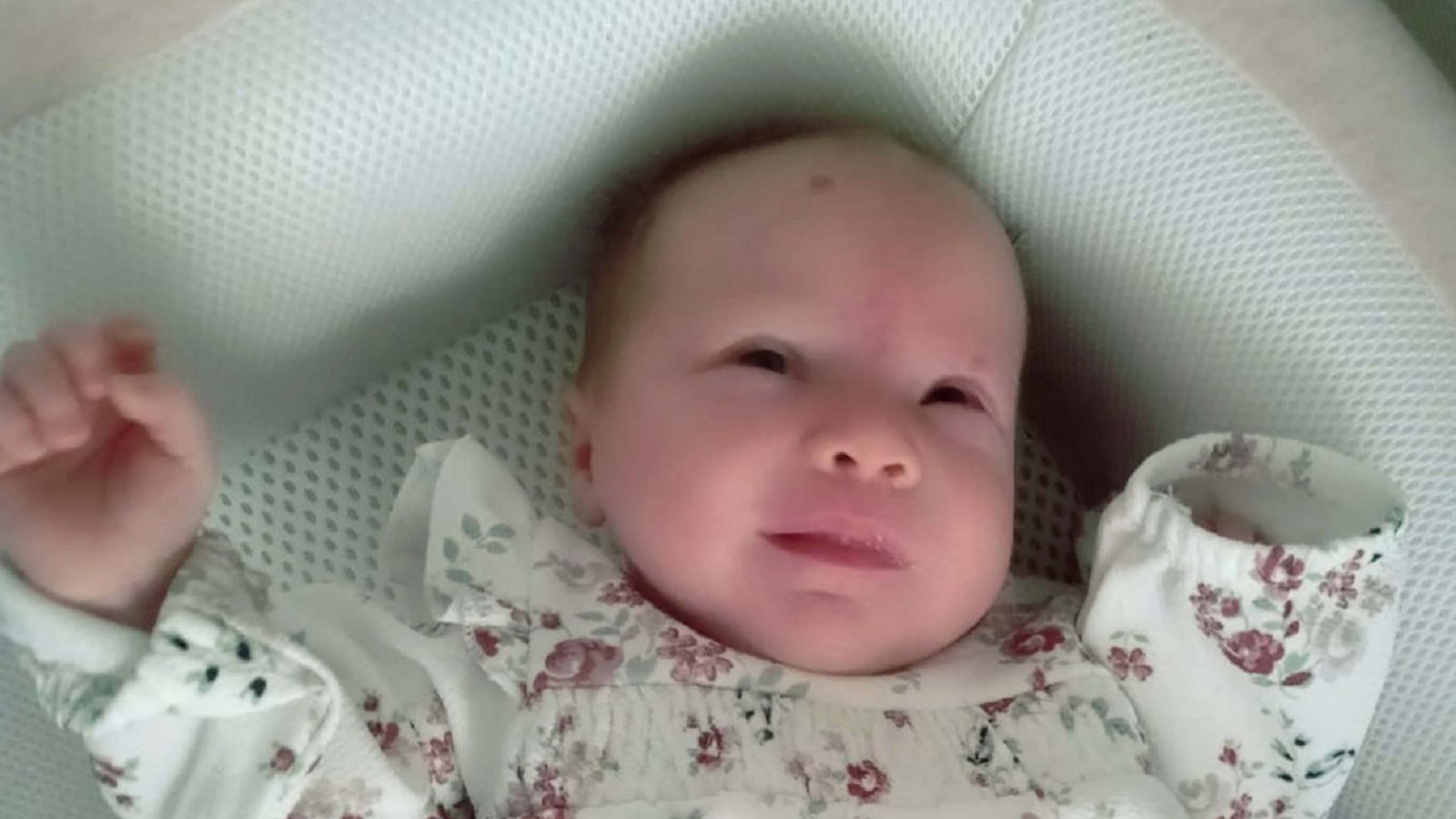 Dozens of babies with spina bifida have been spared from paralysis after having surgery while still in the womb.

The intricate surgery, which can take a team of up to 30 doctors to carry out, has been carried out on 32 babies in the womb since January 2020, NHS England has said.

The condition prevents the spine and spinal cord from forming properly, and can lead to bowel, bladder and kidney problems, as well as paralysis.

Image: Mila was saved from paralysis

Helena Purcell’s unborn baby was diagnosed with spina bifida and was operated on when she was 23 weeks pregnant.

The schoolteacher was initially told that her child would likely be paralysed and incontinent, and that they would need a shunt in the brain.

She had become pregnant at her sixth time of trying IVF, and gave birth to a baby girl named Mila at University College London Hospitals NHS Foundation Trust (UCLH) in March this year, three months after the surgery.

She said: “I cannot explain the massive difference the service has had for my family. The NHS doctors are heroes in my eyes, and the surgery they did is just mind-blowing.

“If it wasn’t for them then Mila would be paralysed. I am just so grateful that she has had this chance.”

Mila is showing good signs of development and is fully continent, though still has some fluid on the brain, and is now being looked after by Great Ormond Street Hospital (GOSH).

According to NHS England, operating on babies between 23 and 26 weeks of pregnancy, instead of waiting until after birth, has a much better outcome for the child.

The 30-strong team involved in the surgery includes fetal surgeons, neurosurgeons, anaesthesiologists (for both mother and baby), obstetricians, neuro-paediatric surgeons, radiologists, a scrub team and neonatologists, in case the baby needs to be delivered.

Specialists from London and Belgium were involved in the efforts.

NHS England’s medical director, Professor Stephen Powis, said: “As well as fighting a global pandemic the NHS continues to develop and offer these trailblazing services and continues to be there for patients.”

Professor Anna David, a fetal medicine consultant at UCLH and the service lead, said it had been streamlined to make it easy for patients and referring hospitals.

She said: “Our co-ordinator based at UCLH manages referrals from the whole of the UK and devolved nations. Patients are then offered surgery either at London or Leuven, based on their geographical location. We are really pleased to offer this joined-up service to smooth the patient journey as much as possible.”

‘In The Spotlight’ Before Lockdown …..