Eurovision 2021: The UK’s James Newman says he’s ‘nailed it’ ahead of competition in Rotterdam 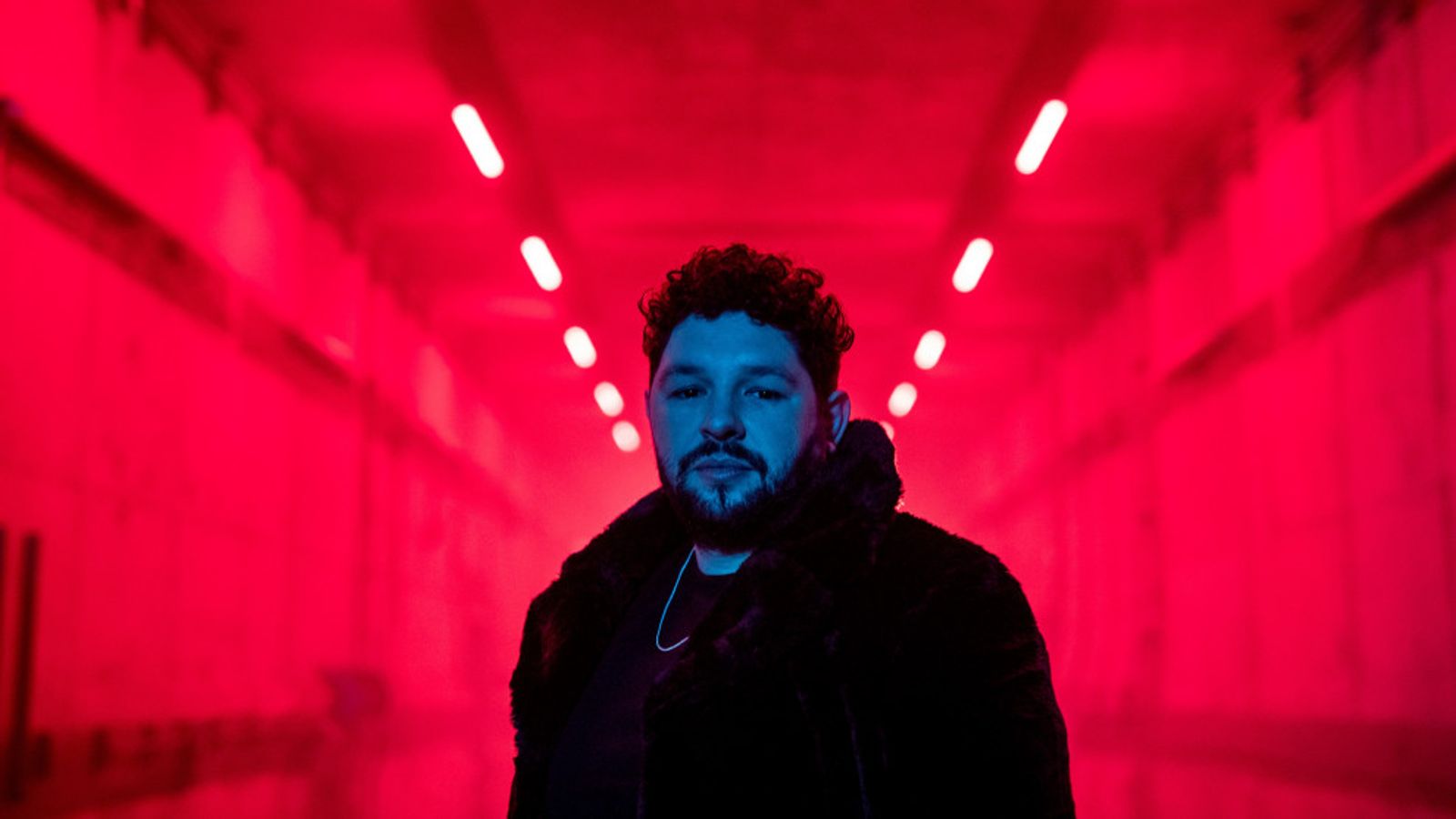 It’s been a busy couple of years for James Newman.

As well as writing songs for some of the biggest artists in the world, he has also been preparing to perform at the Eurovision Song Contest.

“It’s been crazy,” he told Sky News. “I’ve had such a whirlwind two years.”

Image: Newman will perform for the UK this year. Pic: Victor Frankowski

Newman was revealed as the UK’s act at the now-global competition in February 2020 – just weeks before the country, and most of the world, was told to stay at home.

The emergence of the pandemic put a stop to the contest last year, with the Ahoy Arena in Rotterdam sitting empty, save for a TV show that looked at Eurovision performances through the years.

However, on 22 May, the competition’s final will light up the venue, hosting 3,500 dedicated Eurovision fans and up to 26 acts – Newman being one of them.

The Yorkshireman will perform his track Embers when he finally hits the Eurovision stage later this month – a song inspired by the events of the last 12 months.

“We’d been through such a rubbish year,” he explained. “And we were thinking ‘what do we want to do?’

“What do I want to sing on stage in Rotterdam, hopefully in front of millions of people on the TV and and what kind of feeling do I want to get across?

“If you listen to the charts right now, it’s all that kind of upbeat, positive music, and I wanted the song to kind of represent the UK in that sense as well – the idea of Embers is the spark in the fire that’s never burnt out, like the glow in the fire that’s always there.”

However, despite the upbeat song, Newman says he’s still nervous about getting on stage in Rotterdam.

“There’s loads of loads of emotions. Some days I wake up and I’m just like ‘oh my God, I’m going to be on that stage and it’s going to be amazing to sing for millions of people’.

“So I think it’s it’s kind of scary, but also exciting because I’m like building up loads of practice, loads of rehearsals, lots of singing lessons – I feel like I’m training for boxing matches not concerts.”

BRIT Award-winning Newman is no stranger to the music scene, and has been writing songs for the best part of the last decade, with Rudimental, Little Mix and even the Backstreet Boys bringing his work to life.

He let slip to Sky News that he recently penned a track for Motown legend Diana Ross – and she liked it, but sadly ended up not using it.

Does that bring extra pressure?

“A bit,” he says, but he does think he’s “nailed the song” this year, explaining the idea is to get on the left-hand side of the board, after the UK came stone-dead last in 2019.

For reference – the last time the UK won the competition was 1997 – when Katrina And The Waves gave the world Love Shine A Light.

Despite the organisers, the European Broadcasting Union (EBU), saying that there will be fans in the arena this year, the Eurovision experience might still look a little different for 2021’s crop of performers.

“I’ve accepted [the idea of not having the full experience] now because obviously I didn’t think it was going to happen, so it’s definitely a great thing that we’re getting to go.

“I did some filming with (Eurovision host) Rylan the other day and… he said that it’s so fun when it’s all normal and there’s all these parties happening and there’s people performing – and the whole city is buzzing.

“So I’m not going to get that experience, but I feel like a half-bad experience is better than zero.”

Newman will still need to quarantine when he gets to The Netherlands, and explains he will spend his time in singing lessons, in dance practice – and watching The Wire.

“We have to stay in a hotel. We’re not allowed to leave the hotel – you can’t just go out on your own unless it’s going to be a planned trip.

“It’s all under tight control, and for me, the worst thing would be to go there and go out to dinner and then get coronavirus and ruin everything.

“I’m just glad that it’s happening, and they can do it while keeping people safe and still be able to put on a performance.”

One of the big rules in Eurovision is that you can’t vote for your own country – so with that in mind, Newman explained which of his rival songs he likes.

Leslie Roy from Ireland, who will perform Maps is among the singers impressing Newman this year, as well as Tusse from Sweden (singing Voices) and Destiny from Malta – who will belt bookies’ fave Je Me Casse in Rotterdam later this month.

“I’m excited to see everyone really, and I’m excited to just be in this whole experience – it’s a celebration of music and I love music, so I want to get there and do it.”

What does life look like for Newman after Eurovision?

He told Sky News he has big song-writing ambitions, and would love to write music for Miley Cyrus and Dua Lipa.

“My dream collab would be with John Mayer because I think he’s amazing and he’s my favourite artist of all time.

Eurovision week (yes, a whole week dedicated to the contest!) gets under way later this month, with the semi-finals taking place on the 18 and 20 of May, followed by the final on 22 May.

The UK, along with France, Germany, Italy, Spain and host country The Netherlands all get automatic entry into the final.