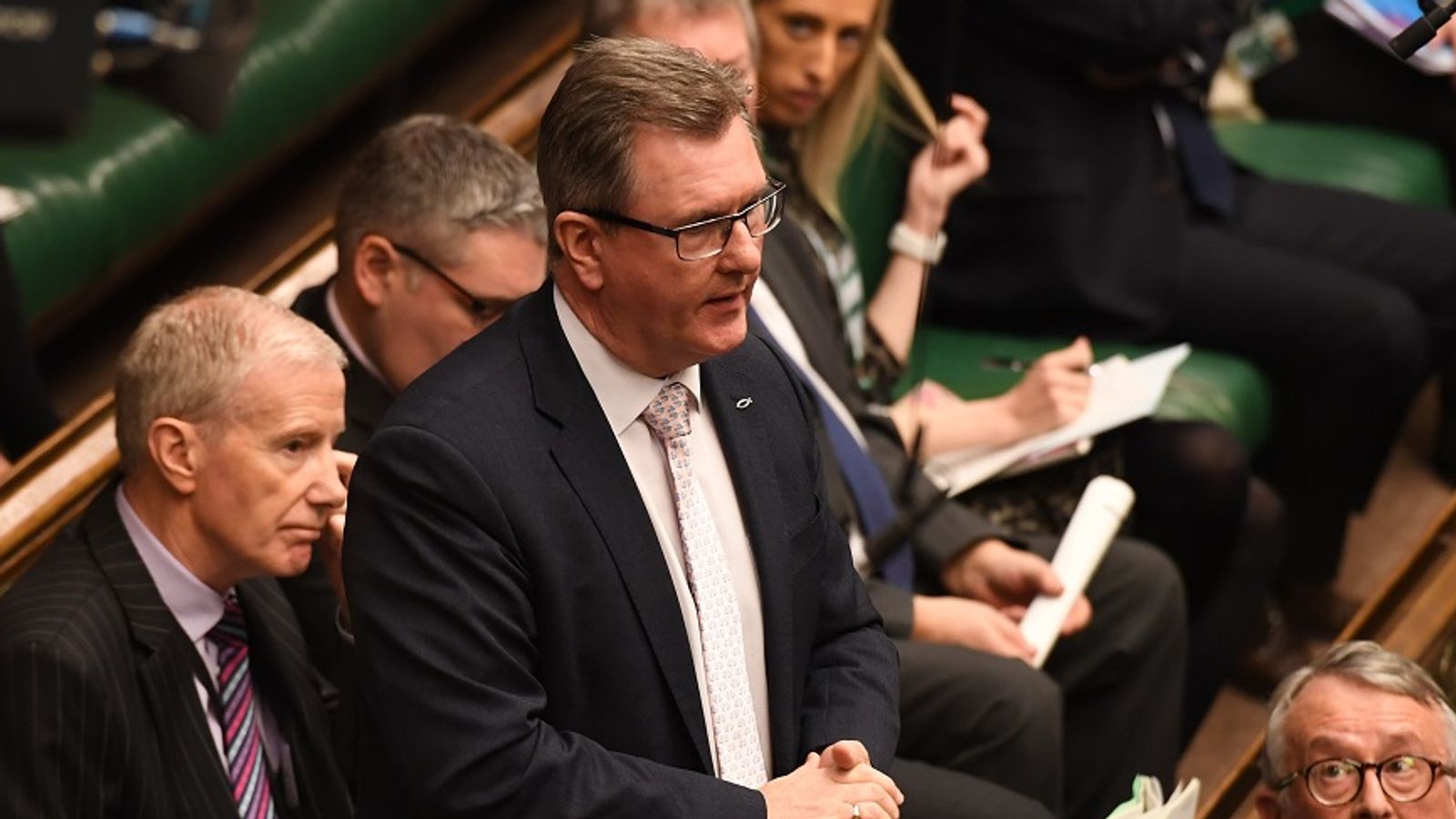 Sir Jeffrey Donaldson has announced he will be a candidate in the contest to succeed Arlene Foster as Democratic Unionist Party leader.

Sky News has seen a letter sent to the party’s MPs and members of the Northern Ireland Assembly in which he confirms he is entering the race.

Sir Jeffrey, 58, has been MP for Lagan Valley for 24 years and currently leads the DUP’s parliamentary team at Westminster.

Formerly chief whip, in 2017 he negotiated the £1bn confidence and supply agreement with the minority Conservative government.

“I want to thank Arlene Foster for her service to our party, people and country,” he said.

“She led with great courage, conviction and a big heart for Northern Ireland. I wish Arlene and her family well for the future.

“I am convinced that in this new century, Northern Ireland’s best days are ahead of us.

“We want to build a shared future for Northern Ireland where everyone, regardless of their background, has a part to play in showing the world what we are truly capable of.

“Both making our full contribution, and enjoying the benefits, of being part of the United Kingdom.”

Mr Poots, 55, who also represents the Lagan Valley constituency, has been a member of the Northern Ireland Assembly for 23 years.

At the weekend, his campaign manager said he had secured endorsements from most of the electoral college, comprising MPs and Assembly members.

Mr Poots tweeted: “It’s great to hear the news that… the majority of the electoral college is behind my bid for the DUP leadership.

“That’s something that we’re going to build upon over the course of the next week.

While Mr Poots represents the more ideological wing of the party and Sir Jeffrey the more pragmatic wing, there are other factors in play in this contest.

Many of those supporting Mr Poots believe the leadership of the party has lost touch with the grassroots during Mrs Foster’s tenure at the helm.

Mr Poots has already indicated that he would not succeed Mrs Foster as first minister but would nominate someone else from the party for that role.

Sir Jeffrey has written to party colleagues announcing his leadership bid on the centenary of the establishment of Northern Ireland on 3 May 1921.

One hundred years on, there is now a battle under way for the soul of the Democratic Unionist Party, the largest Unionist party in Northern Ireland.