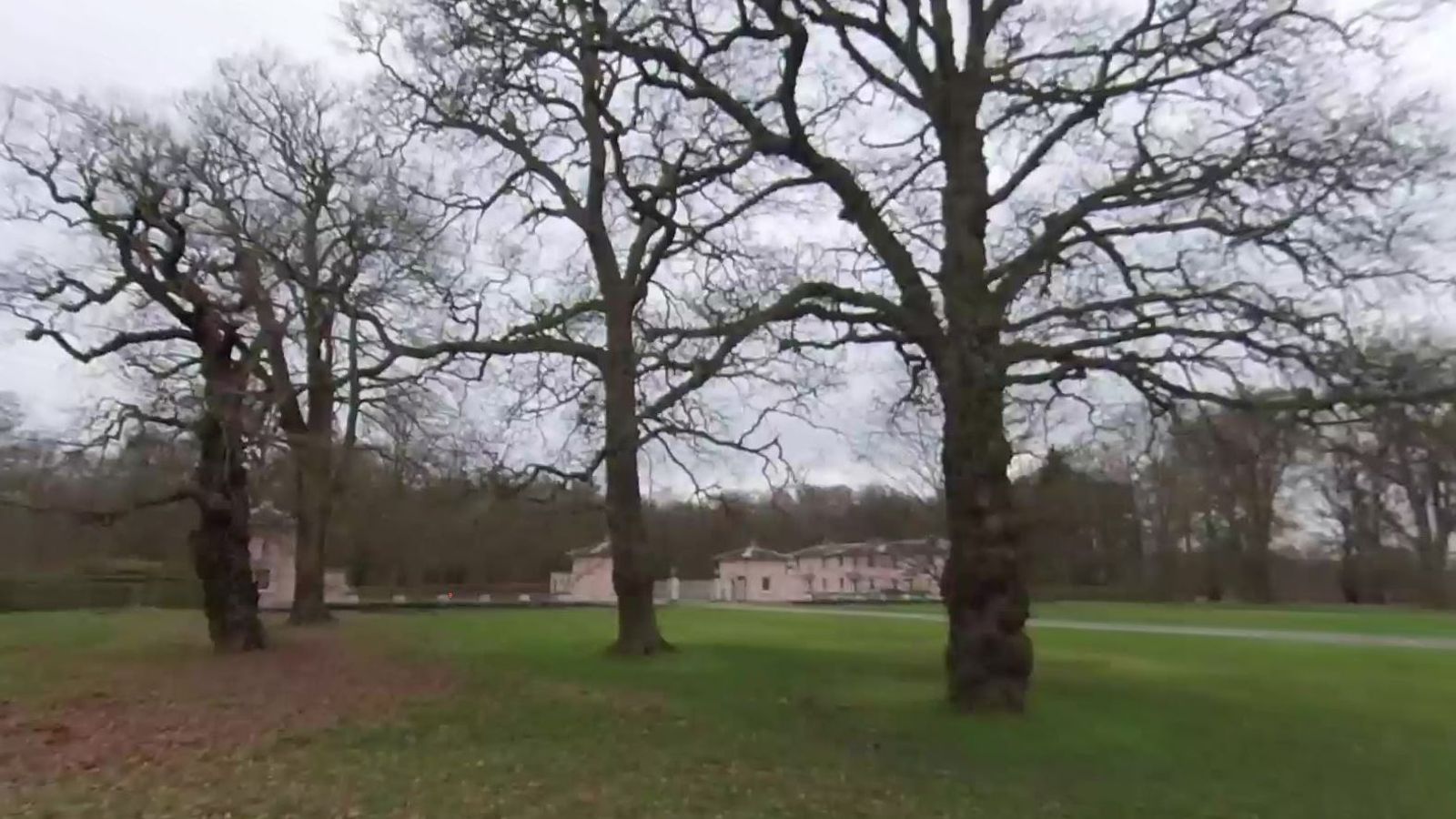 Thames Valley Police said it had detained a 29-year-old woman and a 31-year-old man, both from London, after getting reports of intruders in the grounds of Royal Lodge on 25 April.

The prince, 61, lives there with his former wife, the Duchess of York.

Image: Prince Andrew lives at Royal Lodge with his ex-wife, the Duchess of York

Police were also called to Royal Lodge on 19 April.

During that incident, a 43-year-old woman spent 20 minutes in the grounds after telling security guards she was having lunch with the duke, The Sun newspaper reported.

The woman managed to get into the building, but was detained after asking a member of staff where Andrew was and saying she was his fiancée, the newspaper added.

Thames Valley Police said the woman was detained under the Mental Health Act.

Prince Andrew has been largely out of the public eye amid controversy over his friendship with convicted sex offender Jeffrey Epstein.