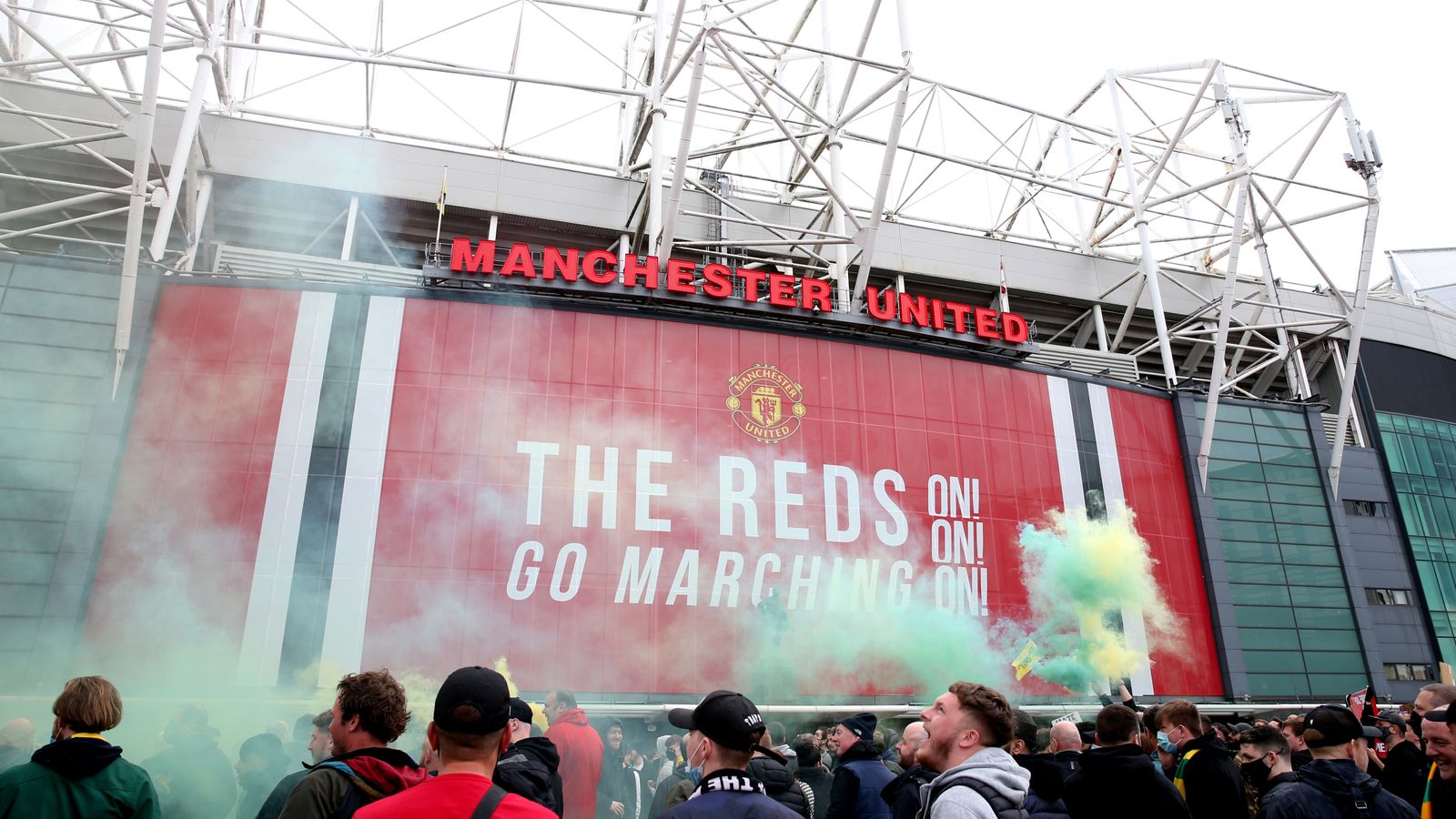 A man has been charged with throwing fireworks and using threatening behaviour after a group of Manchester United fans protested against the club’s owners.

Michael Cusker, 28, was charged in connection with an incident at the Lowry Hotel, where the United team had been staying before their scheduled Premier League match with Liverpool on Sunday afternoon.

The game was called off after about 100 supporters managed to get inside Old Trafford, while, outside the stadium, 1,000 demonstrated with some letting off flares.

Image: Fans protesting outside the Lowry Hotel, where the team had been staying

Police said six officers were injured as “bottles and barriers were thrown”. One officer sustained a fractured eye socket while another suffered a facial wound.

Another 200 fans gathered outside the Lowry.

Cusker, of Winstanley Road, Manchester, was charged with throwing fireworks in a street, use of threatening behaviour and wilful obstruction of the highway.

He has been bailed to appear at Manchester and Salford Magistrates’ Court on 25 May.

A spokesman for Greater Manchester Police said the incident had been referred to the Independent Office for Police Conduct to “ensure complete transparency and independence”.

Image: Some fans managed to get into the stadium

There has been considerable anger among fans since Manchester United joined 11 other clubs in signing up for a breakaway European Super League last month.

Such was the ferocity of the backlash that it collapsed within 48 hours.

Following the protest, the Premier League said it understood fans’ “strength of feeling”, but condemned “all acts of violence, criminal damage and trespass”.

The Football Association said it is investigating.