COVID-19: British holidaymakers could be allowed to travel to Europe within weeks 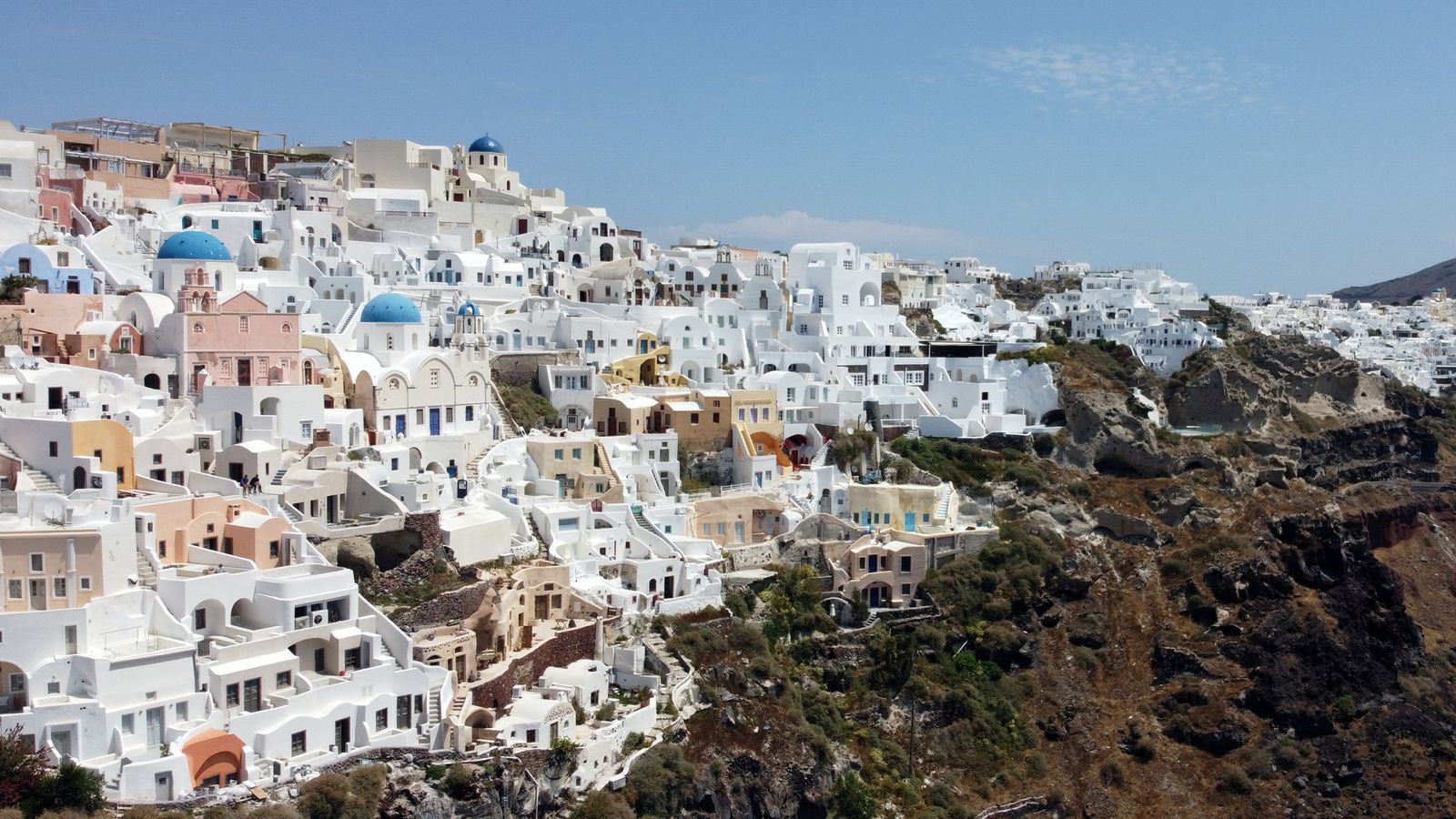 Ministers are reportedly considering a handful of countries people from the UK will be able to travel to initially in the coming weeks.

Reports suggest the “green list” could include about a dozen countries, although some papers say it could be fewer than 10.

Several named Malta, Gibraltar, Portugal and Israel as likely destinations, while the Daily Telegraph said Spain, Greece and France could be added by the end of June.

The green list will specify which countries people can travel to without having to isolate for 10 days on their return and is expected to be released this week.

Boris Johnson has said the approach will be cautious to avoid “an influx of disease”.

The prime minister said there would be “some opening up” on 17 May but that things must be done in a way “to make sure that we don’t see the virus coming back in” to the UK.

On the EU side, the European Commission is proposing to allow entry “for non-essential reasons not only for all persons coming from countries with a good epidemiological situation, but also all people who have received the last recommended dose of an EU-authorised vaccine”.

It did not say which countries would be permitted, but one unnamed official said the UK remained a “question mark”.

Asked if travel would resume from 17 May, she told Sky News: “We are doing all we can to make sure we follow the roadmap and open up the economy and travel gradually.

“The really important thing is we don’t move too fast and jeopardise the progress we have made – so people will have to wait a bit longer to be able to hear the news on what is happening on the travel front.”

She said she would encourage people to wait before booking a holiday so they can see what the “details are based on the data”.

The government fully supports safe travel but “we need to be cautious to make sure that we are not simply importing the virus after we have successfully dealt with it in Britain”, Ms Truss said.

She added: “If we are able to have people go on holiday, I don’t see any reason provided it is safe.”

However, Downing Street has admitted the NHS app may not be ready to be used as a vaccine passport when international travel resumes and “another approach” may be needed.

Transport Secretary Grant Shapps has previously said the app – which is currently used to book medical appointments and order repeat prescriptions – will display evidence that someone has been vaccinated or recently tested.

But the PM’s official spokesman indicated that officials were working on alternative plans when international travel resumes.

“(Mr Shapps) set out the approach we are looking to take,” the spokesman said.

“Obviously we will be able to confirm ahead of the 17th at the earliest what measures are used for those initial countries that are available for travel, be it the app or another approach.”

The spokesman added: “There are other routes to achieving the same end goal. We are working on the app at the moment, at pace, to have it ready and we will be able to confirm ahead of the 17th at the earliest what approaches we will be using.”

Earlier Paul Charles, who runs a travel consultancy, said travelling abroad for a holiday would no longer be illegal from 17 May as the government is removing the declaration to travel form.

The form is currently needed to specify which of the permitted reasons people are using to justify their travel, such as a business trip.

“It means anyone can leave the UK for any reason,” Mr Charles told Sky News.

He said that while the green list might be “thin” initially, amber countries would likely be popular as people can self isolate at home when they get back.

The amber part of the traffic light system is set to require tests before and after the holiday, as well as 10 days’ quarantine at home .

Around 20 countries will be on the initial green list, Mr Charles estimated, including 14 British Overseas Territories such as Gibraltar and Bermuda.

He believes another 10 or so that meet government criteria will also be included – for example, Portugal, Israel and Barbados.

The travel expert predicts America and most of Europe will move from amber to green during June, meaning no-quarantine travel to the likes of France and Spain.

Professor Neil Ferguson, from Imperial College London, who advises the government, said he was optimistic of something “a lot more normal” this summer.

However, he warned countries with high infection rates remained a travel risk and that COVID variants still had potential to cause a “major” third wave.

“I think if for instance, by the summer, infection levels in France and Italy are the same sort of level as they are here, then there’s no risk associated with travelling overseas,” he told the BBC’s Today Programme.

“If the two places are at comparable levels, and that’s what the EU is saying, then there is no particular risks associated with travel.”

Prof Ferguson said variants such as the one first detected in South Africa – which are believed to be more resistant to vaccines – were a “major concern” that could still spark a “very major third wave in the autumn”.

Image: France could reportedly welcome tourists by the end of June

He said it was essential to get booster doses, designed to combat these variants, rolled out once the main vaccination programmes ends in the summer.

Those in the top four priority groups should hopefully begin getting the extra shots from September, according to the government.