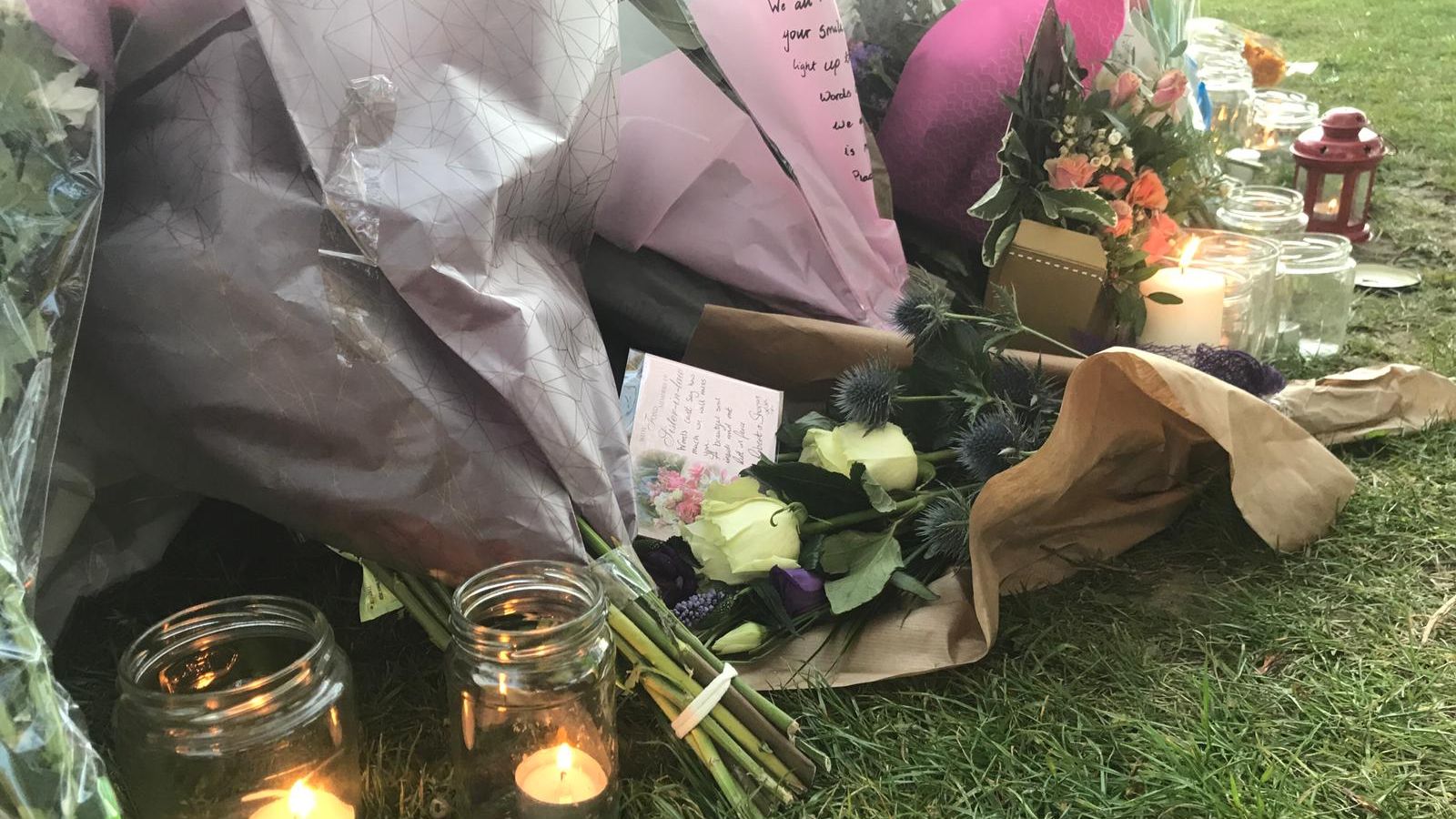 Colleagues of murdered PCSO Julia James have warned the public to be “very safe and very careful” as candles were lit in her memory.

Officers from Kent Police have admitted they are “in deep shock” as the murder probe into her death enters its second week.

Chief Constable Alan Pughsley said the force would do “all we can” to bring her killer to justice, but warned the community to be “very safe and very careful”.

No arrests have been made in connection with the killing as police consider “all possible” motives for her death which happened near Dover in Kent.

Ms James was murdered while out walking her dog in Akholt Wood, close to her home in the village of Snowdown. She had suffered serious head wounds.

And on Tuesday – a week to the day her body was discovered – mourners, including Ms James’ daughter Bethan Coles, left lit candles on their doorsteps in tribute to the “fiercely loyal” 53-year-old.

In a Facebook post, Ms Coles said: “A number of people have asked about holding a vigil for Mum, and whilst I am so grateful for people wanting to remember her, I am very conscious that any gathering would need to be policed (if it was even allowed).

“I’ve discussed this with my family and we are in agreement that we would prefer all police resources to be concentrating on the investigation as there is so much work to be done.”

Instead she suggested people wishing to remember her mother should light a candle for her and leave it on their doorstep.

Image: Flowers have been laid in tribute to the ‘fiercely loyal’ support officer

She added: “This would be a beautiful nod to Mum in a way that doesn’t intrude on the police investigation.”

Image: A large group of forensics officers have been combing the scene

Speaking to ITV after visiting flowers left in her memory, the chief constable vowed to find Ms James’ killer.

He said: “You can imagine that the force are in deep shock with regard to what’s happened to Julia.

“We will do all we can to find out whoever did this to bring them to justice.”

Prime Minister Boris Johnson paid tribute to her in a tweet.

He said: “Tonight we remember PCSO Julia James. My thoughts are with her friends and family.”

Police in Dover have urged members of the public to be “cautious, vigilant and aware of your surroundings” while out and about.

At a press conference on Friday, Kent Police Assistant Chief Constable Tom Richards declined to rule out that Ms James was killed by a stranger, someone she came across during her work, someone trying to steal her dog, or as part of a sexual assault.

Mr Richards would not comment on any potential murder weapon and also declined to say whether detectives had found signs of a struggle.

COVID-19: £29.3 million labs to be built at Porton Down to test vaccine efficacy against coronavirus variants