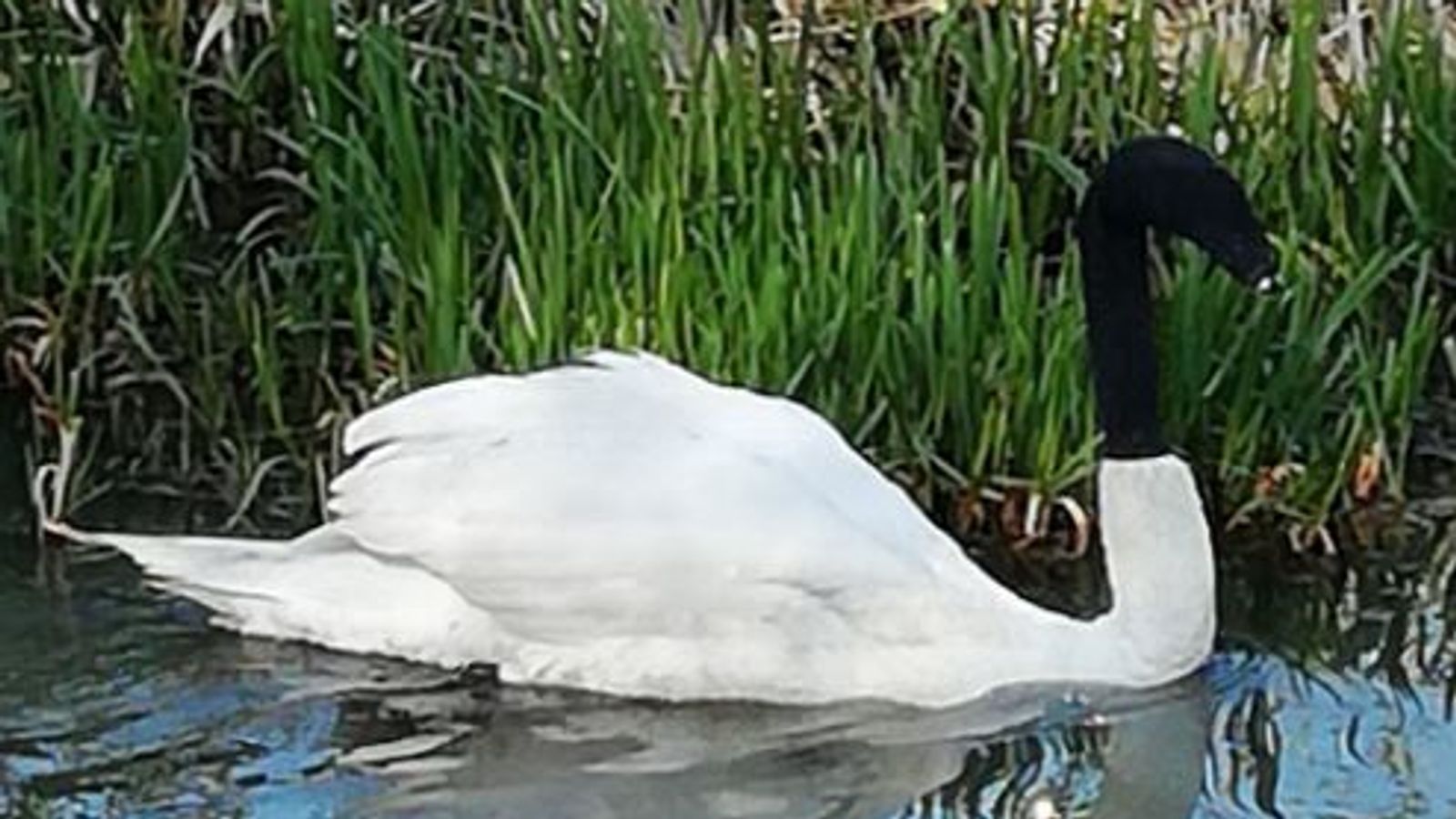 Police have appealed for help in finding those responsible for pulling a sock over the head of a swan, potentially endangering its life.

The bird was found in the Coulson Road area of Lincoln on Sunday with a black sock pulled tightly over its head.

If it hadn’t been removed, the swan, unable to eat, could have died from starvation or suffocation, the RSPCA said.

Police believe the garment was put on intentionally due to the “snug fit” and “how far down the neck the tube was”.

Officers launched a joint witness appeal with the animal welfare charity in a bid to trace the culprits.

RSPCA Inspector Kate Burris said the “mindless prank could have resulted in this poor swan suffering over a long period of time and ultimately ended in their death”.

She added: “Given that this is the breeding and nesting season this could also have resulted in suffering and sadly death for any dependent offspring.”

Wild birds are protected under the Wildlife and Countryside Act, and it is an offence to kill, injure or take them without a licence. The maximum penalty is six months in prison and/or an unlimited fine.