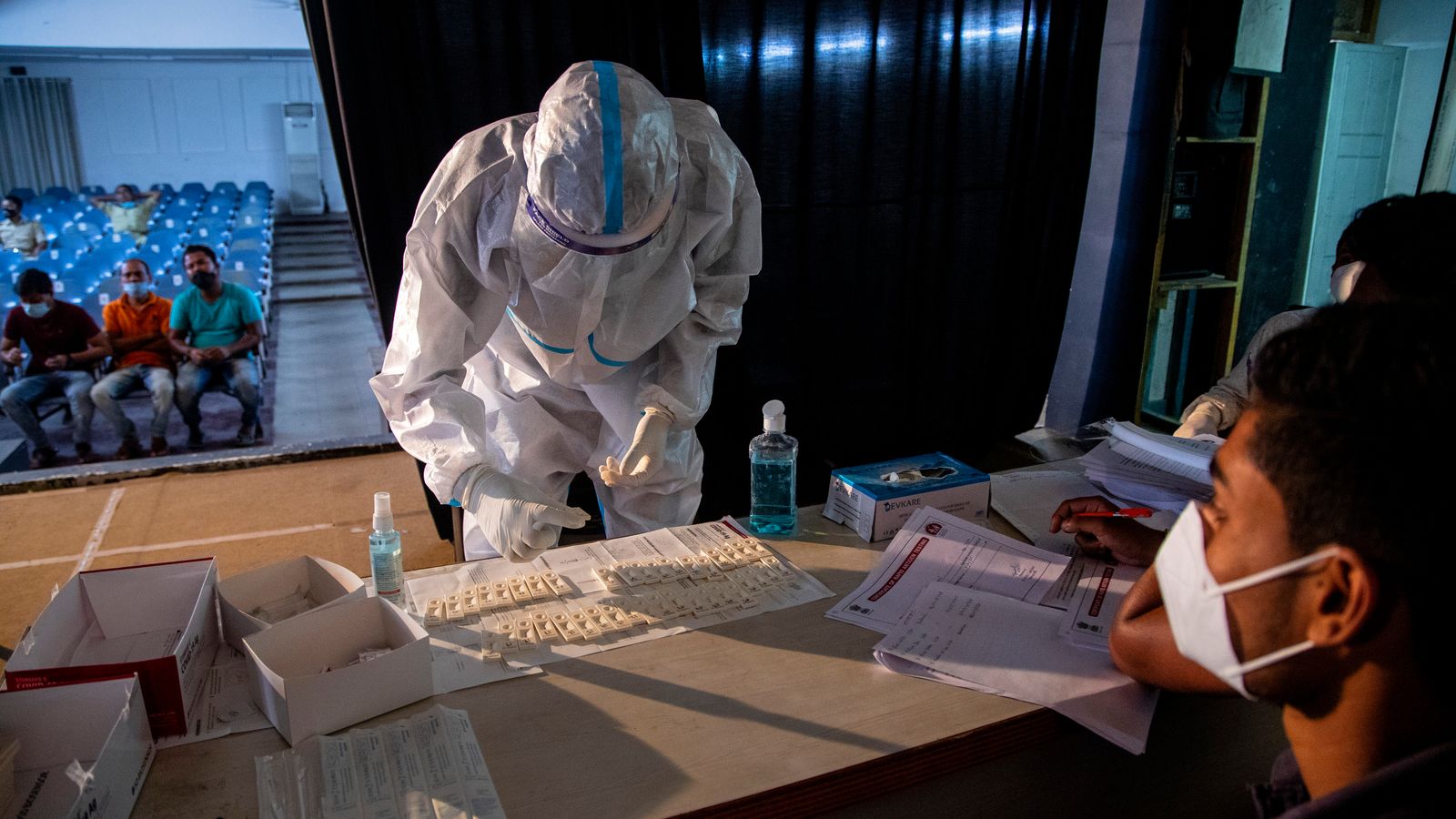 A coronavirus strain first detected in India is set to be declared a “variant of concern” by Public Health England, amid fears it is spreading more quickly than others.

The designation of the COVID-19 variant known as B1617.2 by PHE, could see an escalation in response, including the use of surge testing.

WHO: Can India slow down spread of COVID-19?

There are thought to have been at least 48 clusters of the coronavirus strain across the country, largely linked to travel, although cases remain relatively low.

It comes as the government is due to reveal quarantine-free holiday destinations with the expected lifting of the ban on foreign breaks from 17 May.

However, despite concerns over the current variant, health experts have said they “haven’t seen any hint” any COVID strain can evade the vaccines.

The strain is one of three related variants first seen in India which have been detected in the UK and designated “under investigation” by PHE.

It is thought more than 500 cases of B.1.617.2 have now been detected across England with the highest levels in London and the North West of England.

Such a hike would represent a marked increase from the 202 cases officially recorded by PHE in the UK as of 28 April.

Dr Deepti Gurdasani, a clinical epidemiologist and senior lecturer at Queen Mary University of London, told The Guardian that “at the current doubling rate (B1617.2) could easily become dominant in London by the end of May or early June”.

Meanwhile, seven confirmed cases of the B1617.2 variant were found in Northern Ireland – the first discovered in the region.

Chief medical officer Dr Michael McBride said the news was “not entirely unexpected” and that plans were in place “for such an eventuality”.