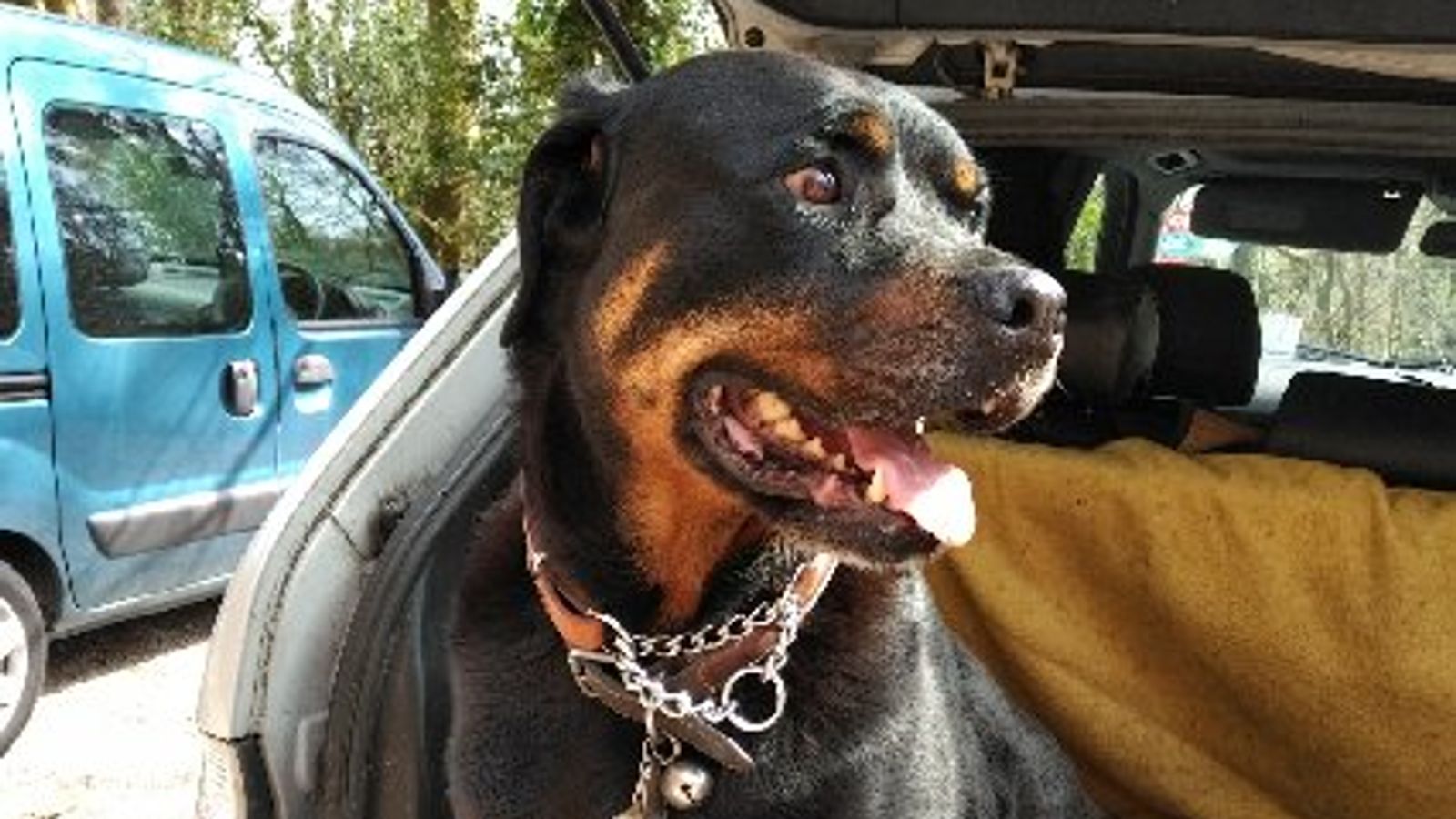 A dog’s secret habit of eating his owner’s PPE during the coronavirus pandemic was revealed after vets discovered that the hungry canine had managed to help himself to 30 gloves.

Rambo the Rottweiler was taken to an animal hospital for a check-up after bringing up a glove – where an endoscopy found he had consumed 30 in total.

Image: The first glove is located in Rambo’s stomach through the endoscopy

Rambo, seven, happily went into theatre “without a care in the world”, to the surprise of surgeons treating him.

But what was initially anticipated to be a brief operation ended up taking three hours.

Keith Leonard, who led the endoscopy at a Vets4Pets hospital in Leeds, said: “When Rambo was referred to us, we didn’t think we’d be finding much, particularly as he literally bounced into the hospital.

“Each time we pulled a glove out, we went back to check it was the last one and found another one – it was something we’ve never seen or heard of before.

“While Rambo was outwardly in a healthy condition, it wouldn’t have taken much for his situation to have turned critical and his owner’s quick thinking to bring him into the practice and then our hospital effectively saved his life.”

Image: Some of the gloves retrieved from inside Rambo’s stomach

Owner Darren Coyne, from Wakefield, West Yorkshire, had been given a number of boxes of gloves for his job in a hotel during the coronavirus pandemic.

Rambo had been delving into his supply, kept in the back of his car, during journeys for exercise, Mr Coyne said.

He explained: “I had a number of boxes of gloves and just assumed I’d used all of one box, which is why Rambo got away with eating and hiding them.

“When he was sick with one glove, I instantly recognised it and searched the car for any evidence of him eating anything else. That was when I found the box hidden underneath his bed and the missing gloves.”

Image: Rambo’s owner said he was ‘gobsmacked’ by the haul of gloves his pet had managed to consume

Mr Coyne said he was “gobsmacked” when the vets pulled out all the gloves.

Luckily Rambo was discharged less than 12 hours after going under the knife and has now made a full recovery.

“He’s a lucky dog, the gloves are now stored away out of his reach and I’ve told him ‘hands off’ my equipment,” Mr Coyne added.

COVID-19: Who’s getting jabbed among the over-50s? Here are the latest vaccine stats