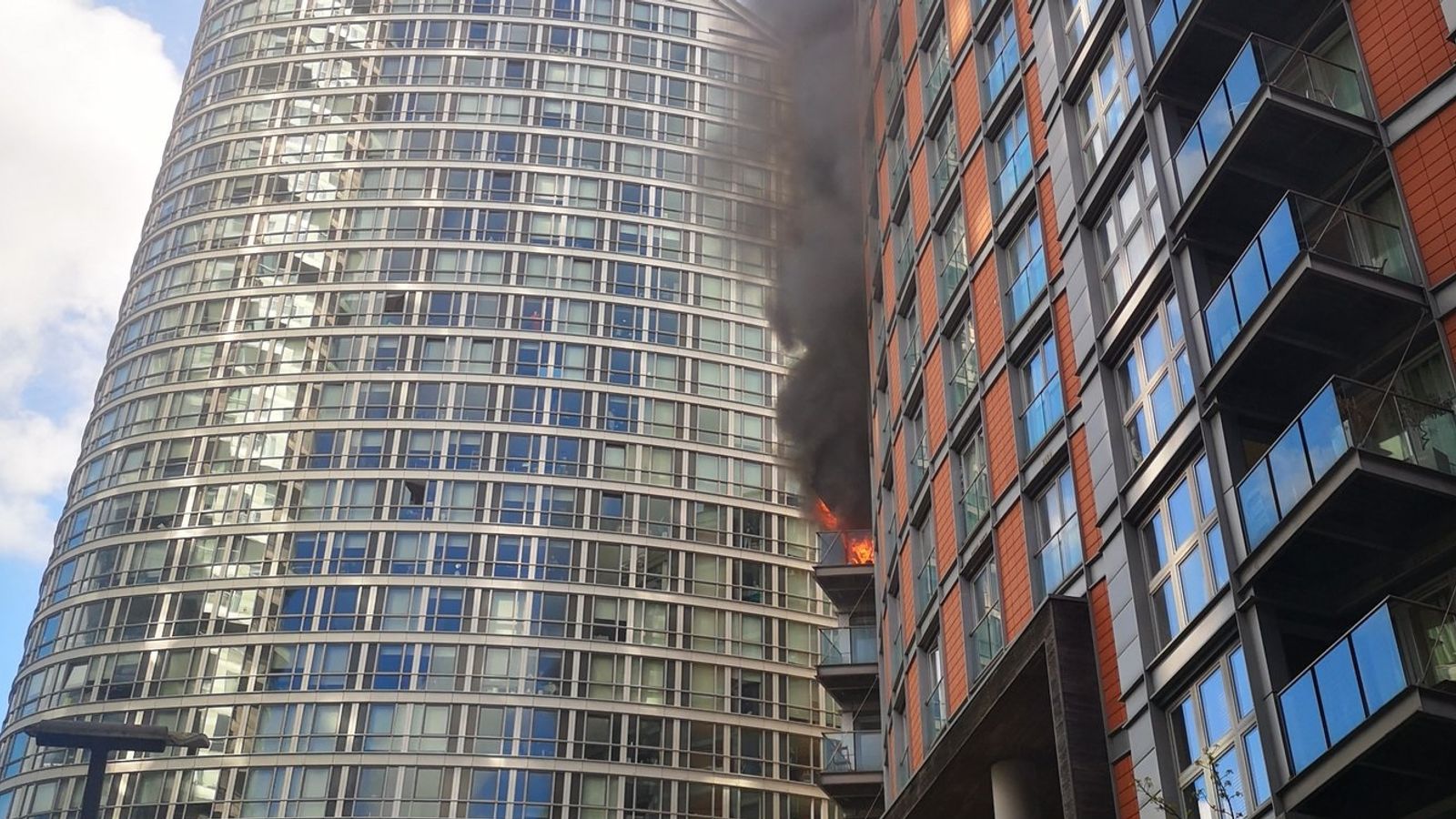 Survivors of the Grenfell Tower disaster say they are “horrified” after a fire broke out at another tower block partially covered with the same cladding.

A further 38 adults and four children were treated at the scene after fire swept through the eighth, ninth and 10th floors.

Pictures on social media showed flames leaping from the building and thick black smoke rising into the sky.

“The cause of the fire is not known at this stage,” LFB said.

The same cladding was found to be a key factor in the 2017 Grenfell Tower fire.

Survivors’ and relatives’ group Grenfell United said in a statement: “We are horrified by the news of the fire at the New Providence Wharf today. When will the government take this scandal seriously? Enough is enough.

“The government needs to treat this as an emergency and stop stonewalling residents who are raising concerns. No more games, no more excuses.”

The housing secretary told Sky News last November that removing dangerous cladding from buildings will take a “number of years”.

New Providence Wharf developer Ballymore said work to replace the cladding was “under way” and the main contractor had been due to take possession of the site on Monday.

It said in a statement: “The safety of our residents is paramount and we are working closely with the London Fire Brigade.

“We can confirm that the fire was quickly brought under control and is now extinguished. Our response team are on-site to support residents and assist with alternative accommodation where necessary.”

Mayor of London Sadiq Khan said: “The spectre of the tragedy at Grenfell still hangs over our city. Today we have seen again why residents in buildings with flammable cladding are living in fear.

“It is vital that government, developers, building owners and regional authorities work together to urgently remove the cladding from every affected building.”

Image: The Grenfell high-rise block in west London caught fire in June 2017, resulting in the deaths of 72 people

He added: ” The government must intervene and take quick and decisive action to end our building safety crisis once and for all.”

Sir Ed Davey, leader of the Liberal Democrats, said: “It is simply a national scandal that more has not been done by government to remove this dangerous cladding.”