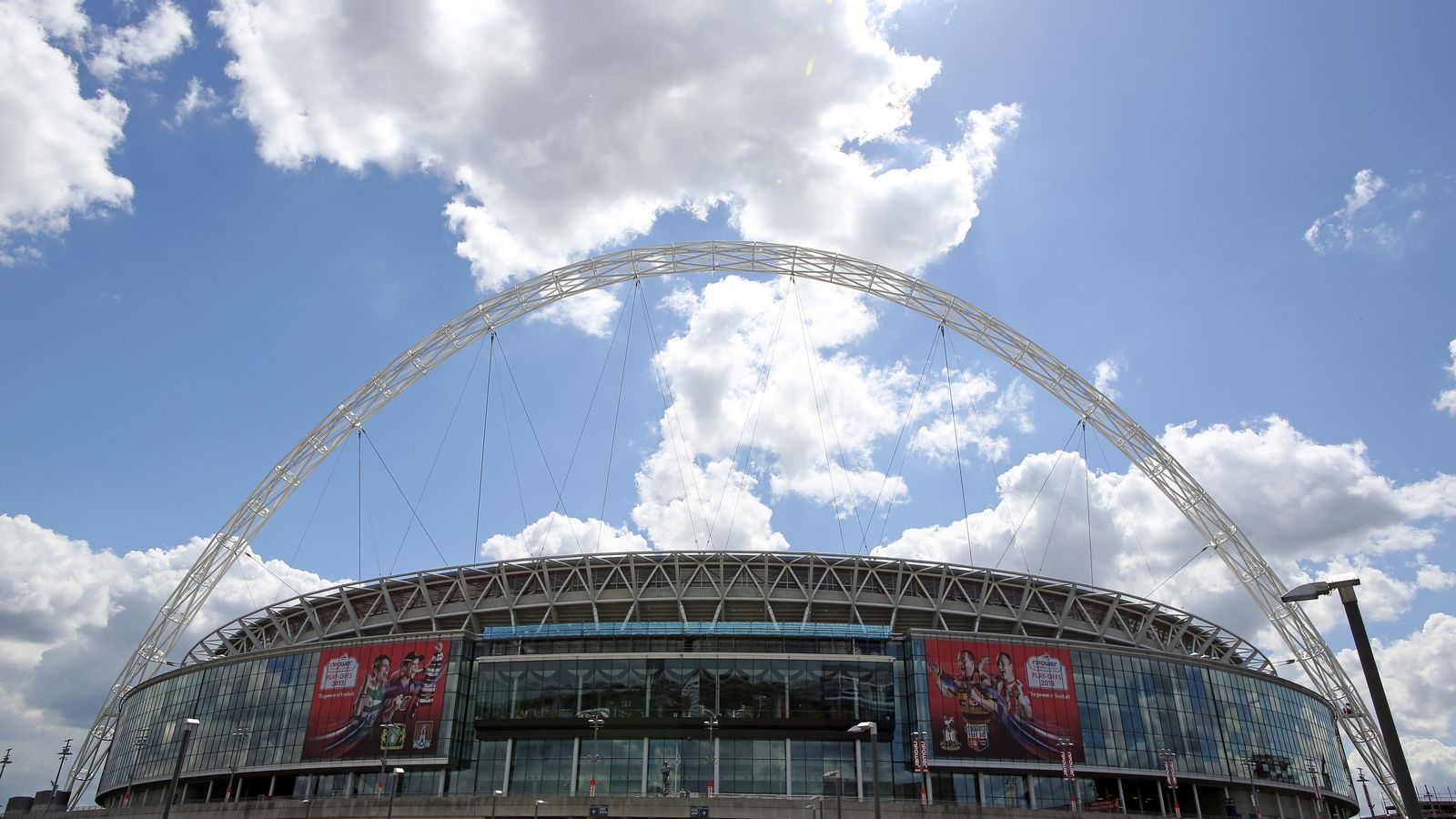 Talks are due to take place that could see the Champions League final moved from Istanbul to London.

UEFA has said it will hold talks with the UK government today about moving the clash between Chelsea and Manchester City to the capital, with Wembley touted as the most likely venue.

Restrictions on foreign travel are set to be relaxed on 17 May but Turkey was added to the UK government’s list of ‘red’ countries this week with COVID-19 cases on the rise.

Image: A decision on the venue is expected to be made by Tuesday

A decision is expected to be made by Tuesday on whether the match will take place at the Ataturk Stadium in Istanbul as originally planned, or at a different location.

UK citizens returning from ‘red list’ countries are required to quarantine at a government-approved hotel for 10 days.

On Friday, transport secretary Grant Shapps told fans not to travel to Turkey and confirmed the UK was open to hosting the game, but stressed it was a decision for European football’s governing body.

Image: It will be Manchester City’s first Champions’ League final

The Championship play-off final is currently scheduled to be played at Wembley on the same day as the Champions’ League final – 29 May.

But the English Football League is understood to be open to moving that, as well as the League One and Two finals, in order to allow the all-English tie to be staged at Wembley later this month.

Wembley was last the Champions League final venue when Bayern Munich beat Borussia Dortmund in 2013 and it staged the fixture two years prior to that for Barcelona’s 3-1 win over Manchester United.

It also hosted Tottenham’s home fixtures in the competition when the national stadium was Spurs’ temporary home ground from 2017 to 2019.

Wembley is already due to host eight Euro 2020 games this summer including both semi-finals and the final on 11 July.

Sky Sports News reported on Thursday that Aston Villa had approached the FA and UEFA to offer Villa Park as an alternative venue for the Champions League final.

The stadium is currently not equipped to UEFA standards for such a big event – the press box, media facilities and camera positions would all need to be heavily adapted – but assessments of those changes are said to be ongoing.