COVID-19: Hugs, indoor pints and friends at home as most of Scotland moved to level 2 of restrictions 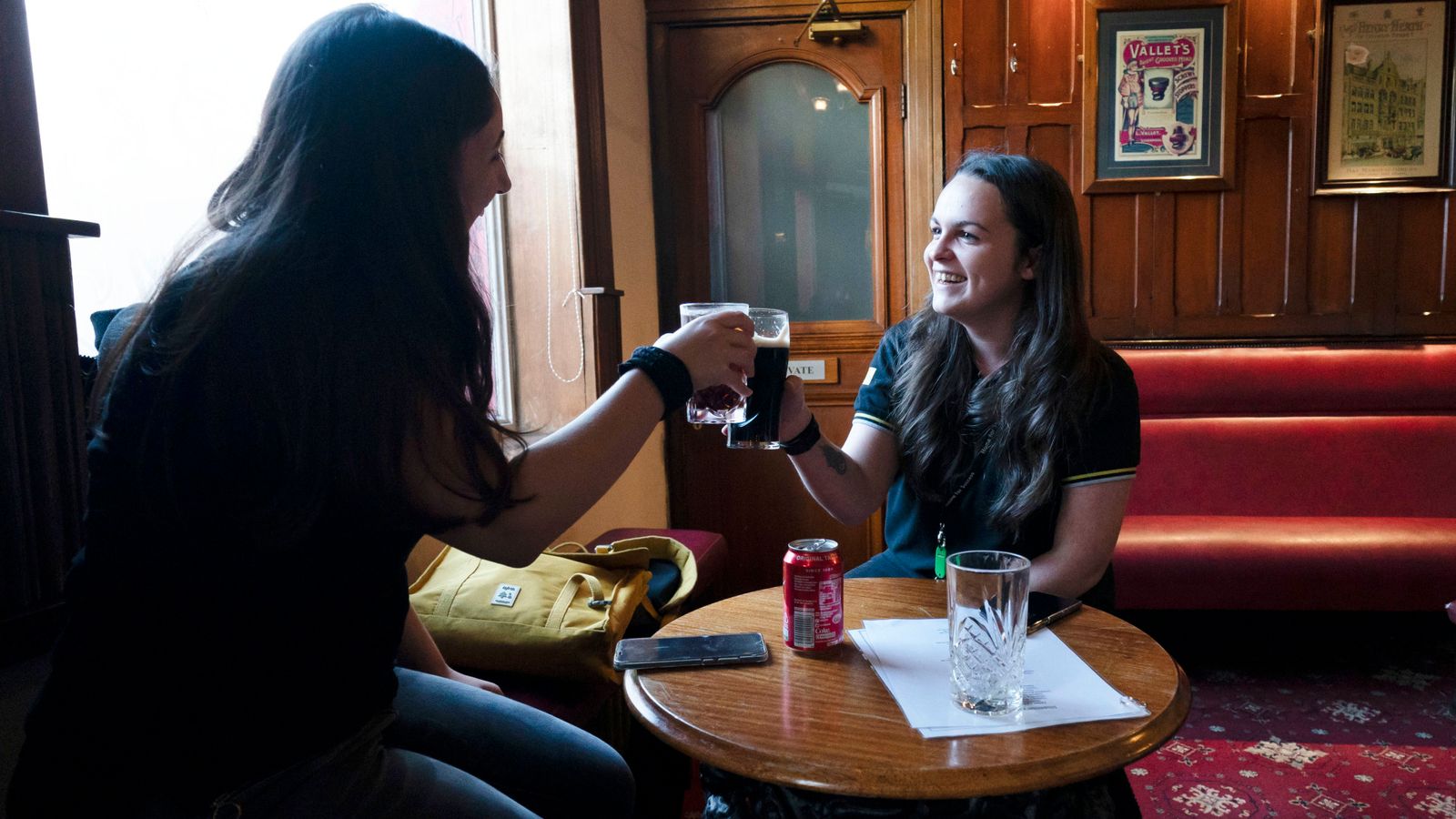 Nicola Sturgeon has announced a relaxation of COVID-19 restrictions from 17 May in most of Scotland – with hugs for loved ones allowed again.

The first minister moved most of the country down from Level 3 to Level 2, which means up to six people from three households can socialise indoors in a private home.

And for the Scottish islands there was even better news. Ms Sturgeon said there, the situation was so under control that “we are able to ease restrictions there more quickly than we will do on the mainland”.

From Monday the Western Isles, Orkney, Shetland, all islands in the Highland Council area – with the exception of Skye – and the islands in the Argyll and Bute area will be at Level 1.

Up to 12 people from 12 households can meet outdoors in private gardens at Level 1.

However, NHS Grampian has been battling an outbreak in Moray, offering vaccinations to those aged 18-39 and increasing testing in an effort to control a rise in cases.

Therefore, Moray will remain at Level 3.

Latest figures for Scotland show no deaths from the virus and 200 new cases have been recorded in Scotland in the past 24 hours but case numbers in Moray are more than four times higher than in the rest of the country.

Returning to work at Bute House in Edinburgh after recent elections, the first minister made the announcement after meeting with clinical advisers.

Image: No more huddling under brollies in the rain

Under Level 2, people will be able to meet outdoors in groups of eight (from up to eight households) and up to six people from three households can meet in each other’s homes, including overnight stays.

While meeting within the permitted levels, it is also no longer necessary to maintain physical distance.

Announcing the return of hugs Ms Sturgeon said: “This means – and I actually feel a wee bit emotional saying this – that from Monday as long as you stay within permitted minutes you can hug your loved ones again.”

Ms Sturgeon said the “huge success” of the vaccine programme, coupled with “continued high compliance” of the public with regulations had combined to “ensure continued suppression of the virus”.

She added: “The situation overall is now a big positive one and so that means we are in a position to relax more restrictions and restore much more normality to people’s lives.”

Scotland will also move to a traffic light system for international travel, she said.

Image: People in England were told they can hug their loved ones from Monday

While green list status should be the “exception not the rule”, 12 countries and territories will be on the list from the start of the initiative, including Iceland, the Faroe Islands, New Zealand and Australia.

“This decision means that, as of now, we have a consistent four nations position on international travel – I think that’s positive,” she said.

Ms Sturgeon said guiding Scotland safely through the rest of the coronavirus pandemic is her “number one priority”.

She stressed the need to “remain vigilant” to ensure virus levels do not increase again.

And she said her government was also beginning the task of “securing a fair and sustainable recovery from the pandemic”.

On Monday, Boris Johnson confirmed people in England will be able to hug loved ones, dine in restaurants and go on holiday abroad from 17 May.