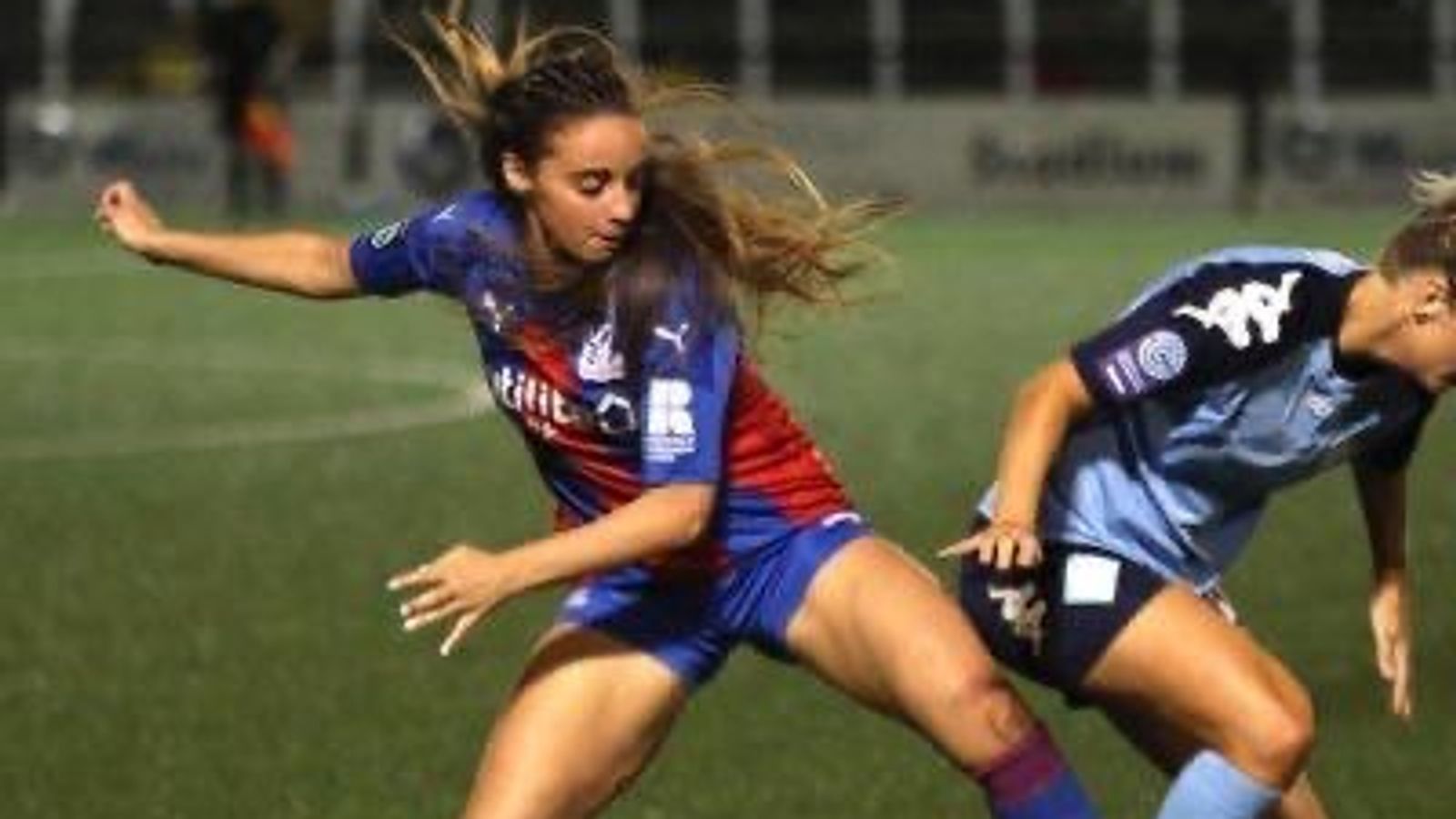 A female footballer who has been subjected to horrific online abuse said it is time for the sport to “get loud” in the battle against social media trolls.

Leigh Nicol, 25, who plays for Crystal Palace, had to pause her football career in 2019 when private content of her was leaked online.

She now receives daily messages from trolls across social media, particularly Instagram, which is owned by Facebook.

Image: Nicol (right) believes football and social media companies need to come together to tackle the problem for good

“I went from being just a hard-working girl that had a job and played football for a passion to being humiliated publicly,” she told the Sky News Daily Podcast.

“On top of that I’ve had to deal with trolling for about 18 months of my life now and it seems to be getting worse which is bizarre.

“It’s every single day and how can you move on when you receive that every day and it takes you back to the darkest moments of your life?”

Exasperated with what she perceives as a lack of action from social media companies, Nicol is taking action into her own hands by contacting some of the people targeting her.

More on Racism In Football

“Sometimes it involves tracking down their partner and showing them what they are doing,” she said.

“I’ve gone above and beyond. It’s not in my nature to do that but sometimes it takes you to a place.”

Football was joined by other sports in a four-day boycott of social media platforms in an effort to combat abuse and discrimination earlier this month.

“But there is very little being done by the social media companies. We need to come together as an army, be loud, take action and show that we’re not tolerating it.”

Image: Kick It Out chief executive Tony Burnett says racism in football has moved online thanks to the pandemic

Tony Burnett was appointed chief executive of the anti-discrimination group Kick It Out in February and was previously head of diversity and inclusion at West Midlands Police.

He told the podcast his first experience of racism was at school as a five-year-old but that bullying is now far more likely to take place online.

“Every movement starts with an individual or a group and I’m pleased that football has taken a lead to say this has got to stop,” he said.

“So many people got behind it and this is not just about football but life, most of us live online.”

Mr Burnett believes that we would have seen an increase of racism inside stadiums over the last 12 months had fans not been locked out because of COVID restrictions.

“I do think some of that abuse has migrated online,” he said.

“If I think of some of the micro-dynamics around football, following the murder of George Floyd, the Black Lives Matter movement has become quite prominent in football.

“We’ve seen players take knee. I think if stadiums had been open, we’d have seen more abuse and discrimination, particularly around race, than we have done in many years.

“I think we’re probably burying our heads in the sand by thinking this is just happening on social media.

“It’s not, this is… dialogue that would have been taking place in pubs and stadiums across the UK but [people] haven’t had the opportunity to vent in those arenas so they’re doing it online.

“Next season will be really interesting to take a sense check on where society is on some of these issues.”

The return of fans to stadiums will be rightly celebrated as a marker of success in the battle against coronavirus but it could – in the view of Mr Burnett and others – illuminate the scale of the battle against discrimination in football.

Holidaymakers giving up on this summer due to ‘lack of clarity’ on rules, says travel firm TUI