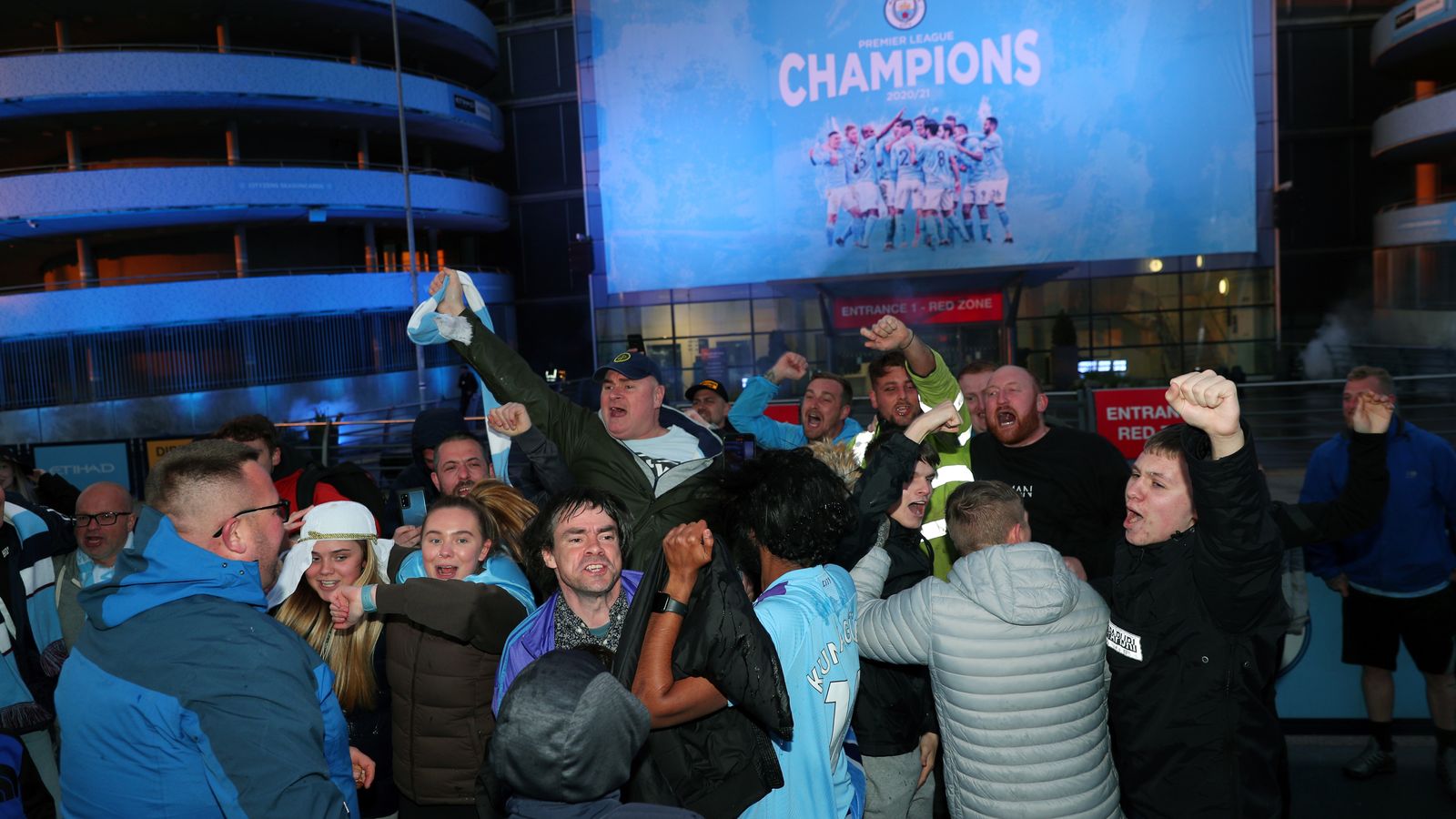 The blues failed to clinch the title at the weekend when they lost to Chelsea in a dress rehearsal for the Champions League final – but they managed to regain their crown from last year’s winners Liverpool thanks to their mutual rival.

It comes as talks are ongoing about where the Champions League final will take place, with plans to host the fixture in Istanbul thrown into disarray after the UK government added Turkey to the travel red list.

City have already claimed victory in the League Cup this year, after beating Tottenham Hotspur 2-0 – and with three games left to play, they have an unassailable 10 point lead in the UK’s top flight.

It is the fifth time Manchester City have won the Premier League title, their last crown coming in the 2018-19 season.

In a statement, manager Pep Guardiola said: “In our toughest moments, we couldn’t hear the crowd get behind us as usual, but we know they are with us everywhere we go and that has lifted us.

“I promise them we sense their love, we appreciate it and we could not have done what we have done without it. I hope we can all celebrate together one day not too far away.

“It has been such a hard year for so many people. This one is really for our fans and for Colin Bell and all his family.”

City’s captain, Fernandinho, said: “We have missed the fans so much. We wanted to do this for them.

“We will enjoy this moment and we hope the fans do too. Rest assured we will continue to do everything we can to bring the Champions League home this season.”

Image: Fans have gathered outside of the Etihad Stadium

Some 10,000 Manchester City fans will be able to see their victorious team at the Etihad Stadium on 23 May, when they face off against Everton for their last fixture of the season.

In the mean time, City will play Newcastle United and Brighton and Hove Albion away.