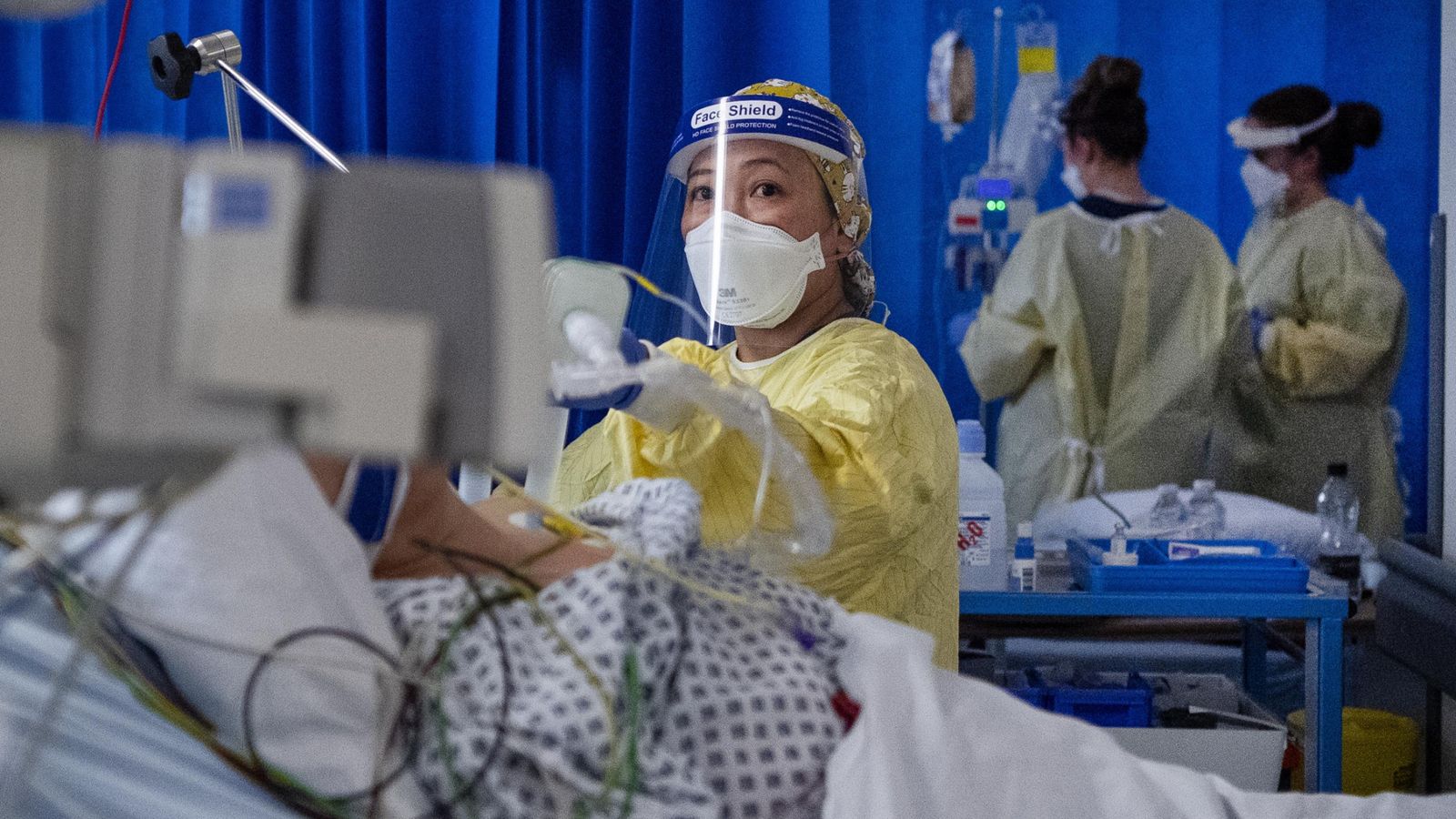 The work done by nurses during the coronavirus pandemic appears to have resulted in a recruitment boost.

NHS England said there are thousands more nurses working in the health system after being inspired by the “Nightingale effect”.

There are also an additional 5,195 healthcare support workers and assistants, as well as record numbers of student nurses entering the profession.

Image: Nurses have been a vital part of the UK’s successful vaccination programme

Sir Simon Stevens, NHS chief executive, said: “Their skill, professionalism and tireless work has made sure that the NHS treated all those COVID patients who could benefit and millions with other conditions.

“Nurses’ dedication has also played a vital part in the hugely successful rollout of the NHS vaccination programme that has combined speed and precision in a way unrivalled around the world.

“Of course, nursing is not always easy but it is one of the most rewarding careers you can have so it is no surprise that, given the profession’s high profile over the last year, many more people have been inspired to join the NHS’s ranks by the so-called Nightingale effect.”

The Royal College of Nursing also said that the pandemic has helped to dispel stereotypes that depicted nursing as a predominately female or a “vocational” role.

Instead, news reports have shown nurses to be vital on the frontline of the crisis, playing an important role in caring for patients as well as saving their lives.

Image: Thousands of people have been inspired to train as nurses in the past year

Their role in the vaccination campaign has also been a point of interest.

“Unfair stereotypes have inhibited efforts to improve the standing and attractiveness of nursing as a career at a time when there are tens of thousands of nursing vacancies in England alone.”

Meanwhile, nurses will be recognised for their contribution and sacrifice with a service in Westminster Abbey, marking International Nurses’ Day on Wednesday.

Image: International Nurses’ Day is on Wednesday, thanking all nurses for their hard work and sacrifice

Among the guests will be Helena Bonham Carter, an actress and relative of healthcare pioneer Florence Nightingale.

The Crown star will give a reading at the service, which will have just 60 people present due to coronavirus restrictions.

A livestream will be available on the abbey’s website at 5pm.

Ahead of the event, Bonham Carter said she was “honoured” to be taking part in the service.

“Us actors regularly get awards for basically pretending to be heroines, but we all know that particularly this last year it is the nurses who are the real heroes and deserve real recognition.”

Members of the public can thank nurses and midwives by donating to the Florence Nightingale Foundation’s white rose appeal, which last year raised £88,000.