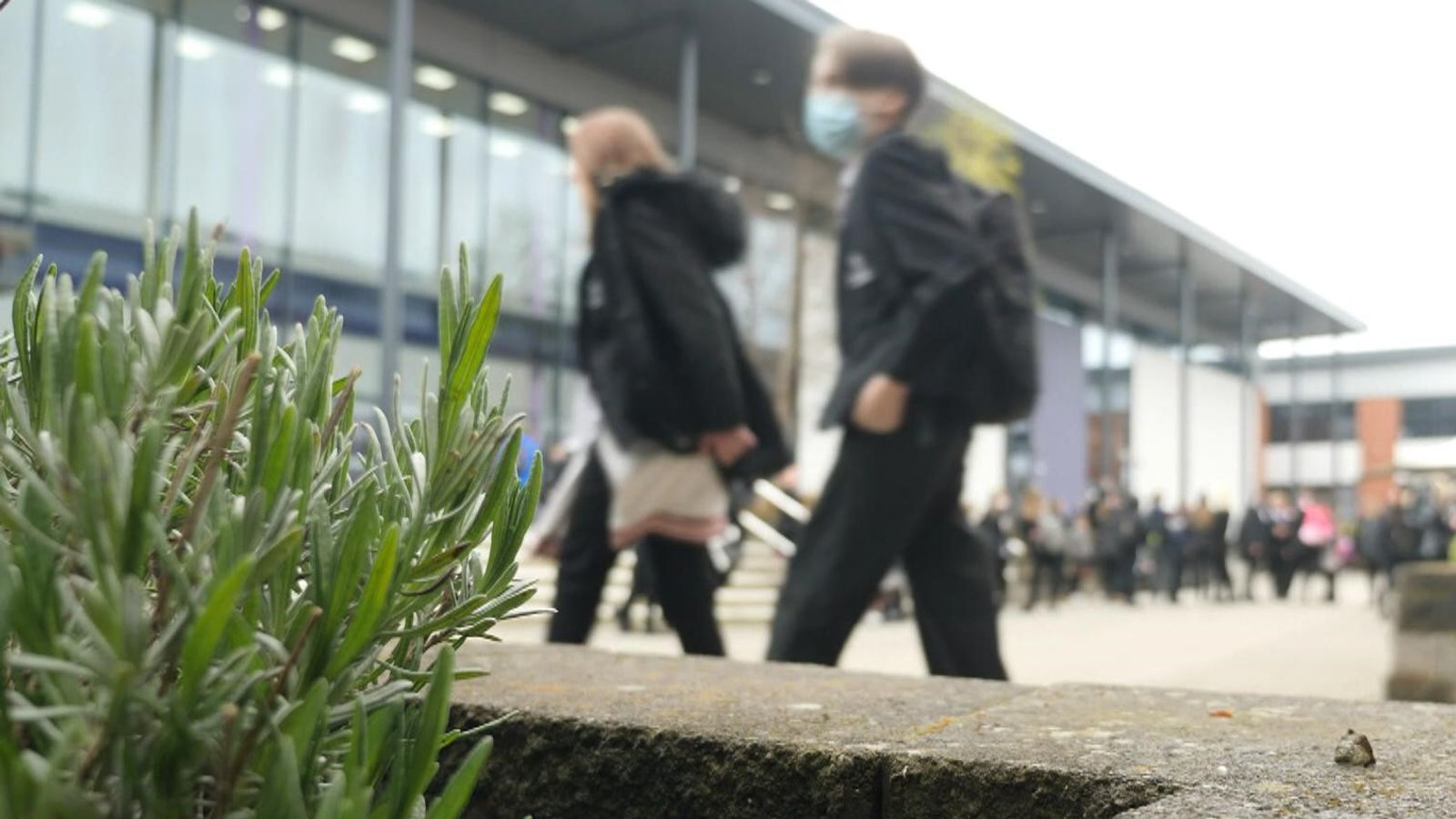 Schools are asking for extra help as research suggests a sharp rise in young families falling into poverty due to the pandemic.

There’s been an 8% rise in the number of primary school children in England qualifying for free school meals in just three months from October 2020 to January 2021.

In secondary schools the rise is 3.5%.

But headteachers say government funding for children from poorer backgrounds has been changed, leaving them with budget difficulties at a time when the money is really needed.

Image: Principal at Skegness Academy, Kimberley Albelda, is ‘frustrated’ by the lack of support

The mechanism set up to support disadvantaged children in schools is called the pupil premium and it is calculated based on the number of children eligible for free school meals in each school.

Traditionally the government bases its calculation on figures from January, but this year the pupil premium calculation is based on the number of children on free school meals last October.

Therefore the 8% rise in primary and 3.5% rise in secondary schools is not factored in.

The research by school funding campaign group F40 covers educational areas in a third of England’s education authorities and finds a budget shortfall of £36m.

Schools with high numbers of disadvantaged children lose the most.

Kimberley Albelda, principal at Skegness Academy, told Sky News: “Our numbers have increased by about 90 children. So we’ve gone from just under 50% of our children qualifying for free school meals and pupil premium to nearly 60%, and a significant proportion of those have come onto the system since the October census.

“So the way the funding works, with that lag, we won’t get it any time soon but we’re still having to meet the needs of those children.

“We’re still providing all the support. The free school meals they get, they get the meals on site, but it’s all the additional periphery, so the learning support, the attendance, the emotional support the children and the families need.”

She added: “We appreciate that there is a finite amount of money available but it’s just a little bit frustrating that the support that was there for disadvantaged children during the pandemic, during our lockdown periods is suddenly not there anymore, but the needs are still there.”

That means in Lincolnshire alone, over a thousand children aren’t accounted for and it’s estimated £1.5m of funding is therefore erased from school budgets.

And it seems primary schools will be hardest hit.

Catherine Teale, principal at Mablethorpe Primary Academy in Lincolnshire told Sky News: “If there are significant numbers of children who are entitled to it, as there are definitely not just in Mablethorpe but across the east coast of Lincolnshire, then that means there is a significant need. And therefore the greater the need, the greater the impact of that lagged funding.”

School leaders’ union, the National Union of Headteachers (NAHT), conducted its own study of members in March and warned that the gaps left in school budgets would “wipe out” the COVID-19 recovery funds being offered to schools by the government.

The Education Endowment Foundation also warned that “schools are expecting to lose thousands of pounds of funding for their disadvantaged pupils because of a bureaucratic detail”.

The number of schoolchildren on free school meals has been rising since before October 2020 and a Department of Education spokesperson told Sky News that the calculation was moved to October so that schools can know their budget earlier in the year and plan ahead.

They added: “Pupil premium funding is expected to increase to more than £2.5bn next year, and per-pupil rates are unchanged – so a typical school will see an increase in its pupil premium allocations this year compared to last. Any pupil who becomes eligible after the October census will attract funding in the following year.

“On top of this, we have provided a £14bn increase in school funding over three years – the biggest uplift in a decade – and school leaders can target our ambitious recovery funding, worth £1.7bn, towards supporting disadvantaged pupils.”

But Shadow Education Secretary Kate Green told Sky News: “This disgraceful stealth cut to school budgets will hit support for those children most likely to have struggled to learn at home.”

“The government’s mishandling of the COVID-19 crisis has kept children out of school for over a half a year, missing out on learning and time with friends, now ministers are putting their recovery at risk.”

She added: “The government must stop neglecting children and instead put them at the heart of the recovery.”

COVID-19: Boris Johnson ‘anxious’ about Indian variant and ‘ruling nothing out’ to tackle its spread