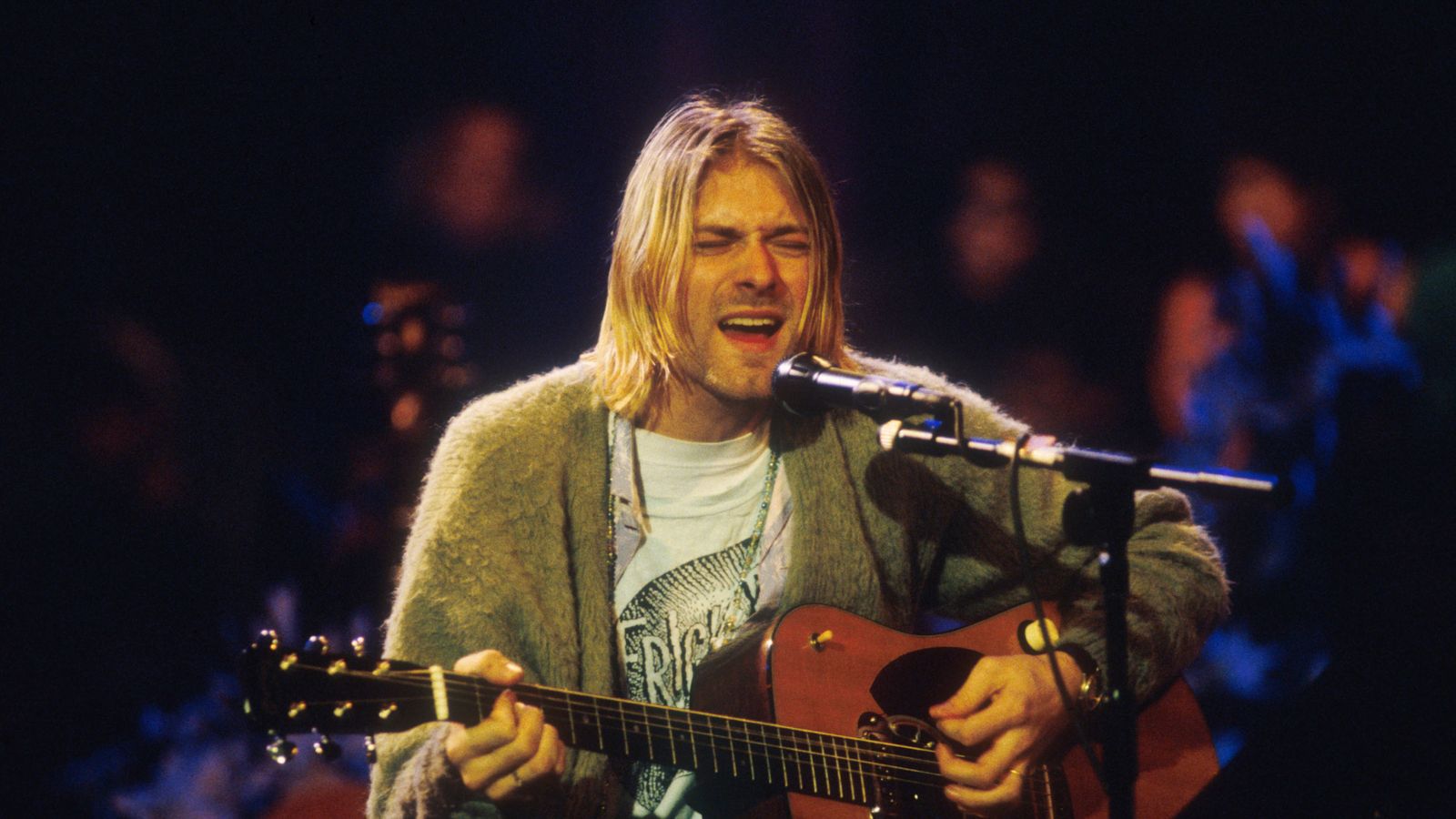 Let’s hope someone gave them a wash over the years.

The hairs are just a few of lots in an online rock memorabelia auction closing this Saturday.

The sale by Iconic Auctions in Scottsdale, features a series of Nirvana offerings that include one of Cobain’s amps and a rare Stratocaster-style guitar signed by the group.

The amp has “Kurt” written faintly in the top right corner and was used by Nirvana during the ’90s, and on the band’s “Live and Loud” video.

The item with the highest minimum is a collarless, dark blue jacket custom made for Paul McCartney with bidding starting at $25,000 (£17,780).

It was worn onstage during a six-night run at the Gaumont Theatre in Bournemouth in 1963.

Tricia Eaton, East Coast consignment director at Iconic Auctions, said the jacket is one of the Beatles’ earliest stage-worn garments ever to come to market and captures the band moving on from jeans and leather jackets.

Image: A jacket signed by Paul McCarthy is also listed as one of the items available. Pic Iconic Auctions

There’s also a copy of Sgt. Pepper’s Lonely Hearts Club Band signed by McCartney, George Harrison and Ringo Starr, and a sheet of handwritten Blowin’ in the Wind lyrics signed by Bob Dylan.

Assistant Manager on the Lack of Consistency at Crewe Alex