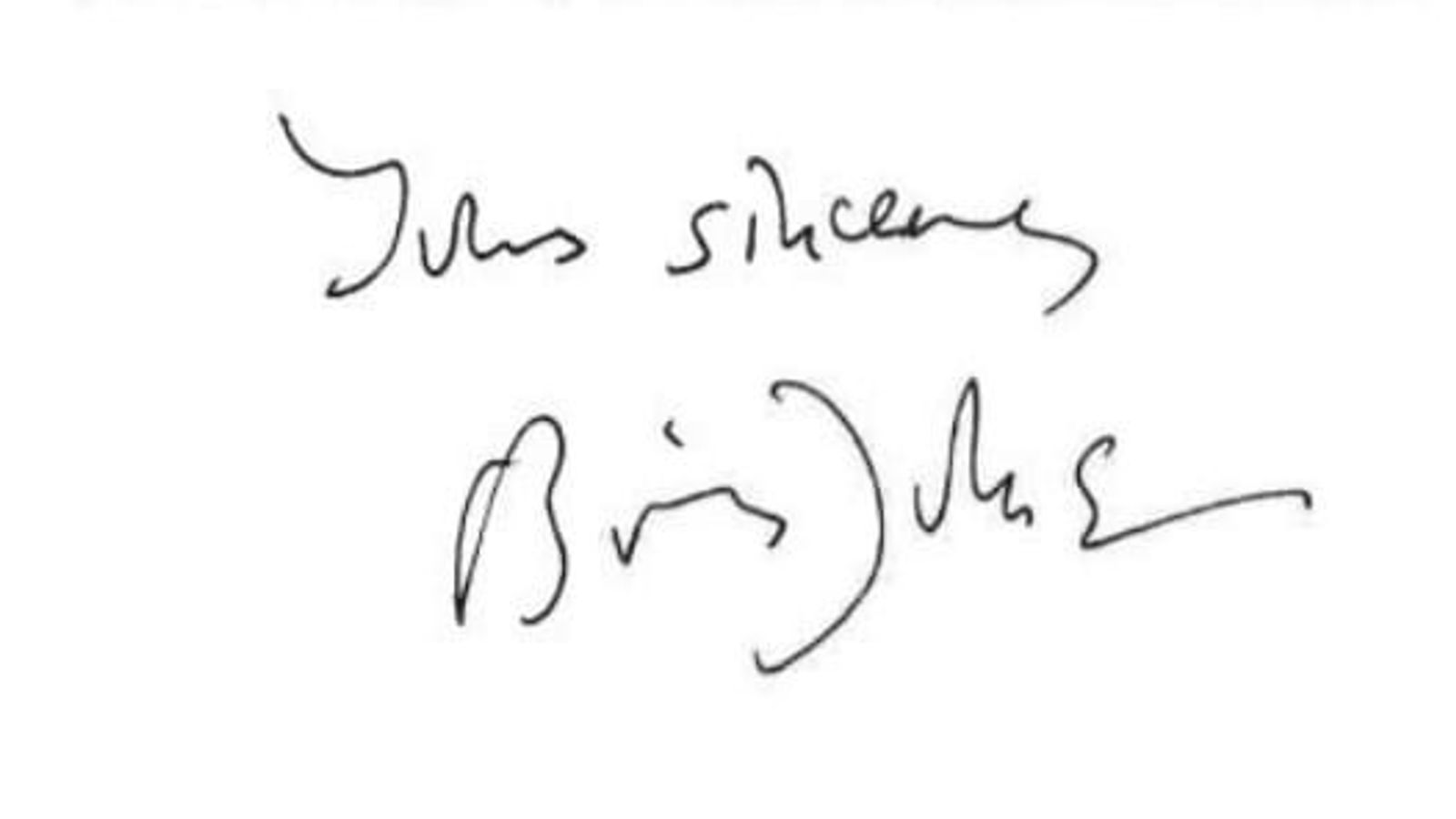 Boris Johnson has written a personal letter to the families of the 10 innocent people killed at Ballymurphy during the Northern Ireland Troubles saying he is “truly sorry” for the “hurt and agony”.

In the letter, on Downing Street notepaper, the prime minister says: “I unequivocally accept the findings of the coroner.

“Those who died over that terrible period were innocent of any wrongdoing.”

It comes after a coroner on Tuesday concluded the victims of shootings over three days in Belfast in August 1971 were “entirely innocent” and the British Army was responsible for nine of the fatalities.

Northern Ireland Secretary Brandon Lewis also made a public apology in the Commons.

Mr Johnson told the bereaved in his letter that the duty of the state was to “hold itself to the highest standard” and that, he said, required it to “recognise the hurt and agony caused when we fall short of those standards”.

The fight for justice from 1971 to now

He went on: “I recognise that no words of apology can make up for the lasting pain that you have endured.

“Thank you for the dignity and strength that you have shown.”

Mr Lewis said the families should not have had to wait “almost five decades for judgement this week”, nor should they have “been compelled to relive that terrible time in August 1971 again and again in their long and distressing quest for the truth.”

Corner Mrs Justice Keegan found that the use of lethal force by soldiers was not justified.

She also criticised the lack of investigation into the 10th death, that of John McKerr, and said she could not definitively rule who had shot him.

Mr Lewis added in his statement to MPs: “The vast majority of those who served in Northern Ireland did so with great dignity and professionalism, but it is clear that in some cases, the security forces and the Army made terrible errors too.”

Earlier in the week, the prime minister was accused of “bad manners” and of neglecting to be “serious” by not offering a more formal apology.

John Teggart, whose father Daniel was among those shot dead at Ballymurphy, told Sky News he had received no approach from the prime minister’s office.

“There was an apology done but in a way, it’s bad manners,” he said. “He didn’t approach the families. He didn’t let the families know what was happening.

“A journalist had phoned me when I was sitting in my home today and that’s how I found out.”

He added: “Boris Johnson leaks what was said in a three-way conversation, a private conversation by the way, to the media. That’s how the families found out.”

Mr Teggart said former prime minister David Cameron had “set a precedent of the way things should be done” with his response in 2010 to the findings of an inquiry into the Bloody Sunday killings in 1972.

Mr Cameron used a House of Commons statement to apologise to the families of those killed.

“His apology means nothing, we need him to go back to the Ministry of Defence and tell them to tell the truth, tell our legal team the names of the soldiers who murdered our loved ones and ask them why,” she said.

She added an apology by Mr Johnson in the Commons would have “at least been a bit more respectful… as if he is holding us in a wee bit of respect but to do it this way is trying to push it under the carpet”.

“From the statement today, we’re no closer to understanding the government’s policy to dealing with the legacy of the past,” she said.

“The lessons of the past are clear: addressing legacy through an unilateral amnesty from Westminster without the faintest hint of consultation with victims, the support of communities, any political party in Northern Ireland or the Irish government will be impossible to deliver.

“It’d make reconciliation harder and it would not achieve what the government claims they want – any process that remains open to legal challenge will invite test cases and more veterans back through the courts.”

Responding to Mr Lewis’ statement, SDLP MP Colum Eastwood called on the PM to “come out of hiding” and meet with the families and “tell them to their faces why he wants to protect their killers?”.