COVID-19: Indian coronavirus variant could cause ‘serious disruption’ to easing of lockdown on 21 June 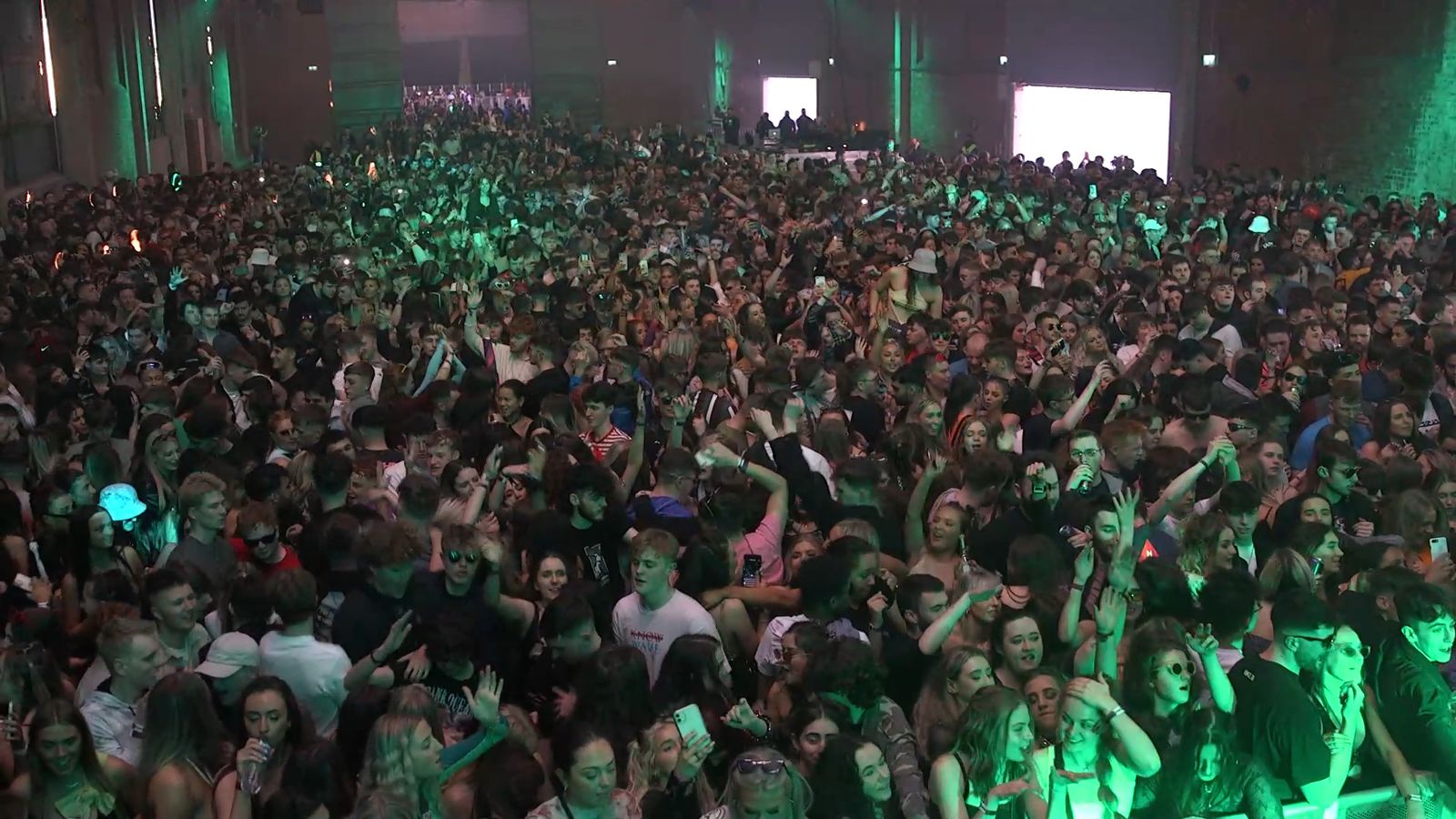 The Indian COVID variant could cause “serious disruption” to the planned roadmap out of lockdown, the prime minister has said.

Speaking at a Downing Street news conference, Boris Johnson said the coronavirus strain could delay the next stage of lockdown easing on 21 June – although Monday’s easing will still go ahead.

It comes as Mr Johnson also announced plans to accelerate second dose vaccinations for people in priority groups amid concern over the Indian variant.

He said: “We will accelerate remaining second doses to the over-50s and those clinically vulnerable right across the country so those doses come just eight weeks after the first dose.”

Image: There could be delays to the easing of lockdown

The prime minister was flanked by Professor Chris Whitty, the chief medical officer for England, who said: “This [Indian variant] is more transmissible than the B.1.1.7 [Kent variant] and we expect over time this variant will overtake and come to dominate in the UK in the way that B.1.1.7 took over and other variants have taken over prior to that.”

Mr Johnson added: “I have to level with you that this new variant could pose a serious disruption to our progress and could make it more difficult to move to step four in June.”

But this was caveated on how fast the virus could spread – with the prime minister stating: “We just need a bit more time to see how that pans out.”

“Some hard choices” may have to be made if it is more transmissible, he also said.

However, Mr Johnson did say there was “no evidence” to suggest the vaccines currently in use would be less effective against the B.1.617.2 strain first found in India.

“And that will have implications for the long term prospects of this epidemic.”

Image: Revellers at the Circus Nightclub at Bramley-Moore Dock, Liverpool, during a COVID safety pilot event attended by around 3,000 people

The comments follow a series of pilot events to monitor the affects of easing restrictions completely – including a club night in Liverpool and a football match at Wembley Stadium.

Elsewhere, Germany has announced that the UK and its overseas territories – including the Isle of Man and the Channel Islands – are now “risk areas” due to the presence of the Indian variant.

And UK government documents show that the Scientific Pandemic Influenza Group on Modelling believes that B.1.617.2 has a transmission advantage of “more than 50%” over B.1.1.7 – although it is not certain this will be the same on a large scale.

At the news conference, both Professor Whitty and Mr Johnson praised people who had already received their vaccine – and encouraged eligible people to get theirs when offered.

The prime minister added that the vaccine had saved an estimated 12,000 lives, according to Public Health England (PHE).

He said: “I believe we should trust in our vaccines to protect the public whilst monitoring the situation as it develops very closely.

“Because the race between our vaccination programme and the virus may be about to become a great deal tighter.”

It comes as four people in the UK died with the Indian variant of COVID-19 – the first known domestic deaths from the new variant of the virus.

The four deaths from the strain of the virus, now designated a “variant of concern”, took place between 5 May and 12 May.

PHE said on Thursday there had been 1,313 cases in England of the Indian variant in a week, more than double the previous week’s figure, along with the four confirmed deaths.

Britain put India on a travel “red list” in April, meaning all arrivals from India – now in the throes of the world’s worst wave of coronavirus – would have to pay to quarantine in a government-approved hotel for 10 days.

The variant is thought to be spreading in certain areas of the UK, including Bolton and Blackburn, but since overall case numbers remain low, broader risk levels remain lower than they were for much of the winter.