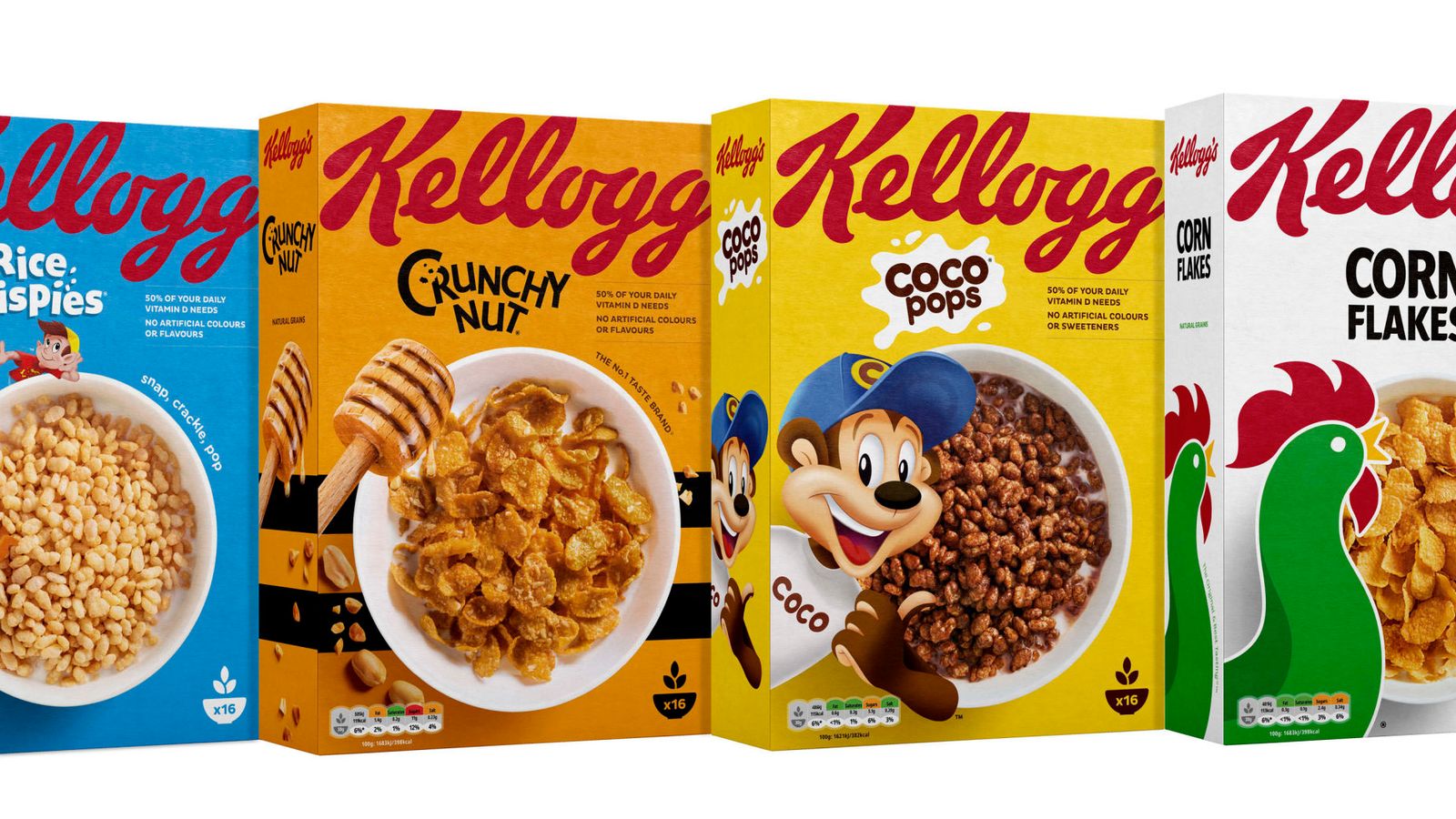 Kellogg’s has promised to cut sugar in its children’s cereals by 10% and salt by 20%.

The move, part of a decade-long plan, will lead to all the food company’s cereals no longer being high in fat, salt and sugar by the end of next year.

It also plans to cut the sugar in Krave, a cereal which is aimed at young adults rather than children, by an average of 11% across its flavours.

Kellogg’s UK vice president Chris Silcock said: “People are rightly demanding more from companies like ours and everyone expects good food to do a world of good too.

“That’s why we are launching a new effort to improve our foods.

“But the impact of our food is much broader than just what goes in the box.

“It’s about how we grow our ingredients and the impact we have on the planet and how we cook and make our food.”

Kellogg’s said it had already halved the amount of sugar in Coco Pops, which now has 5.1g per serving.

It also de-listed Ricicles, which were similar to Rice Krispies but with a frosted sugar coating.

Children’s Food Campaign co-ordinator Barbara Crowther welcomed the move but said it was not enough.

Using Krave as an example, she said: “Even with an 11% reduction in sugar, it still contains as much sugar as giving a child a small chocolate bar for breakfast, so is still not a healthy choice.

“Nine in 10 parents also tell us that the use of cartoon characters on food and drink packaging nudges their children to ask for more unhealthy foods, and we call on Kellogg’s to build on the commitment announced today and follow the lead of several UK retailers to also remove these from their packaging.”

Other changes planned by Kellogg’s include smaller cereal boxes using less air space and packaging, meaning the company will cut its use of cardboard and plastic by 191 tonnes annually.

The new boxes will contain the same weight in cereal and will arrive on shelves this year.

This year’s climate summit in Glasgow is last hope for limiting global warming, minister to warn