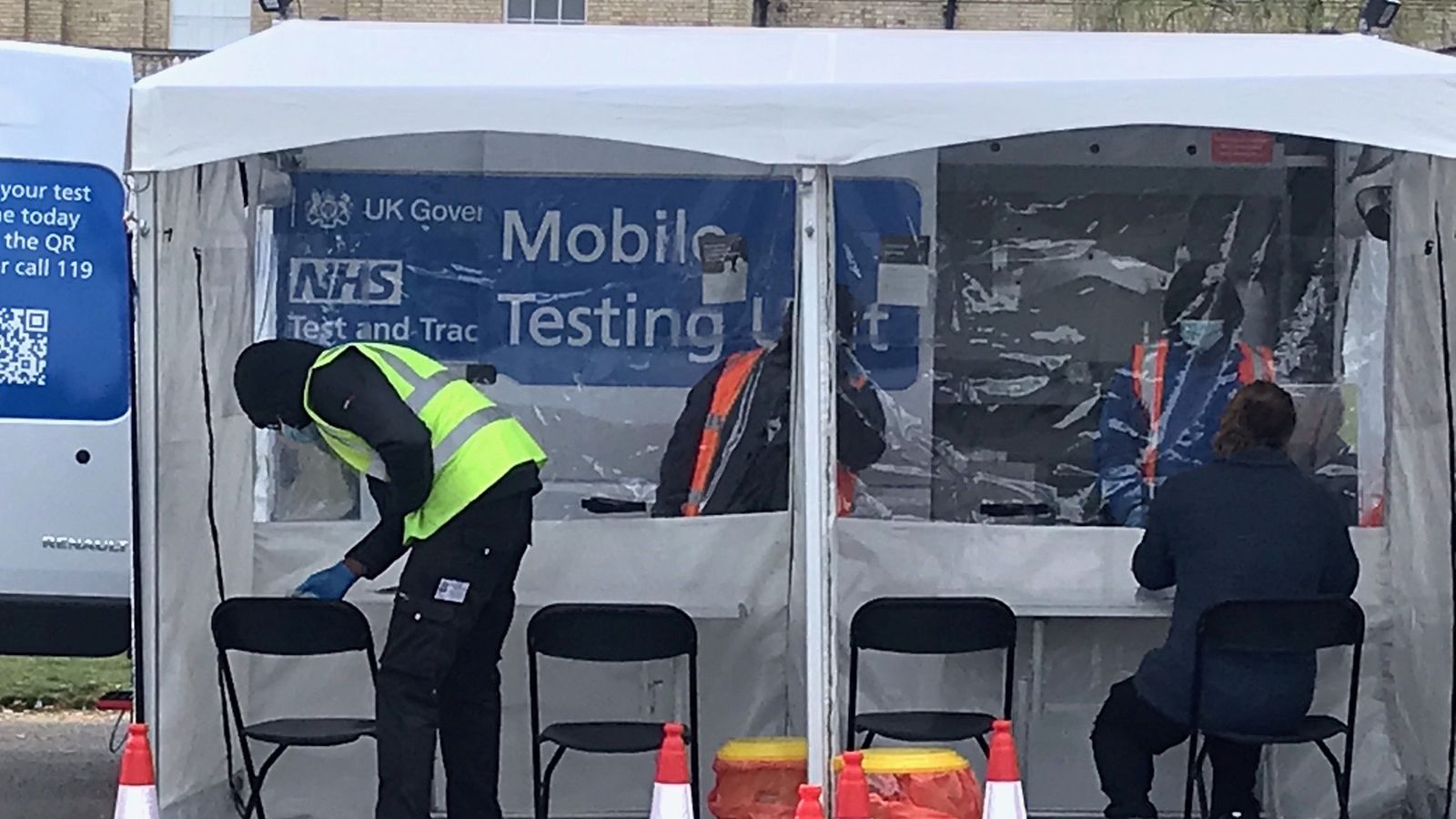 It indicates that on average every 10 people infected will infect between 8 and 11 others, meaning cases could still be falling – or even increasing slightly.

The latest growth rate range for the pandemic in England is estimated at -3% to 1%.

“This does not necessarily mean R is definitively above 1 and that the epidemic is increasing, but that the uncertainty means it cannot be ruled out,” said government advisory body SAGE.

There are also regional variations, with some areas such as London, the Midlands and the South East still in the 0.8-1.0 range.

The estimate represents the situation two to three weeks ago, due to the delay between becoming infected, getting symptoms, and needing healthcare.

England’s May lockdown easing will go ahead – vaccines minister

Separate Office for National Statistics (ONS) data released on Friday suggested about one in 1,340 people in England had coronavirus in the week ending 8 May.

That marks another weekly fall, with around 40,800 people estimated to have had the virus across the country.

Wales also saw a big drop, according to the ONS infection survey, with estimated infections more than halving in a week.

It is the lowest for any UK nation, with about 1 in 4,230 people believed to have been infected, or just 700 cases.

There were also significant falls in Scotland and Northern Ireland.

The ONS infection survey tests people in private households for infection and antibodies, and is the largest such survey in the UK.

Seven in 10 adults in England were estimated to have antibodies from a previous infection or vaccination, according to the latest data.

It covers the week starting 19 April, so it is likely to now be higher as the vaccine rollout continues.

It takes between two and three weeks after infection or vaccination for the body to make enough antibodies to fight the infection.

Scotland, Wales and Northern Ireland have an antibody estimate of six in 10 people.

Image: Testing for the Indian variant of concern is going on in Bolton

The figures come as concerns grow over the India coronavirus variant in the UK, with speculation it could push back June’s final step out of lockdown.

Sky News understands that SAGE has agreed that surge vaccinations are needed in the areas where most cases are currently being found, such as Bolton and Blackburn.

The variant of concern has only recently been detected in the UK but cases have risen sharply, with over 1,300 as of 12 May.

Early indications are that it is not any more lethal than the others and that vaccines are still effective.