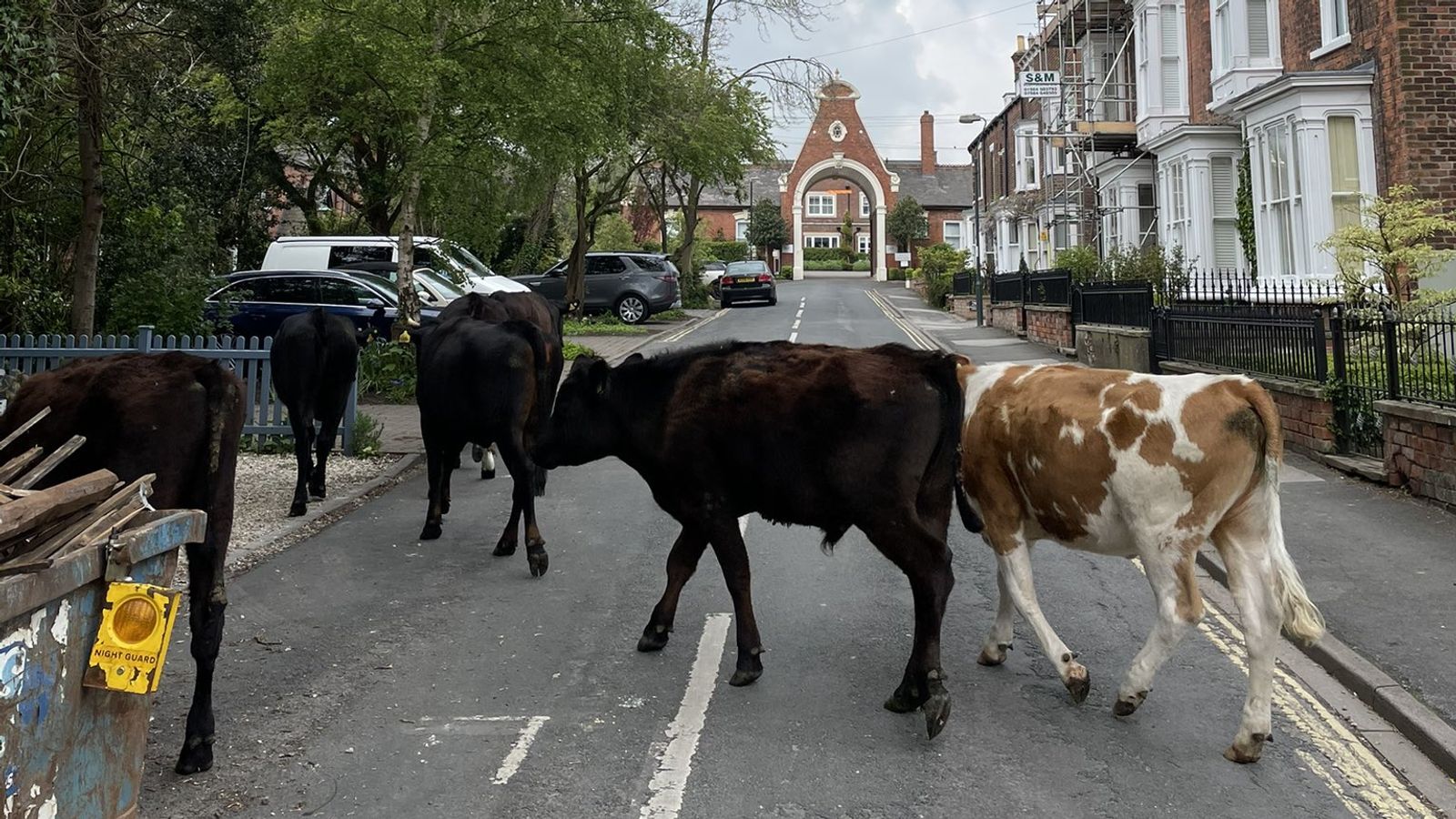 A group of wandering bullocks have taken over a town in East Yorkshire after escaping from a field – causing cattle chaos.

The seven young “lawn bandits” were seen munching on people’s gardens – while one looked tempted to try out one resident’s trampoline.

BBC journalist David Harrison photographed the livestock tearing up the town before they were rounded up and returned home.

Image: Quite fancy that: One bullock looked tempted to have a go on a trampoline

Posting the photos on Twitter, Mr Harrison said: “Cow chaos on Woodlands Road in Beverley this morning. At least 7 cows have managed to get themselves very lost & are now tearing apart lawns.”

He added: “They’ve run out of grass on Woodlands Road, so they’re now having a jaunt up to Atkinson Way. Fewer lawns, but the lamp posts seem popular for a good scratch.”

Image: Yum: The cows were spotted helping themselves to grass in people’s gardens

But the boys’ day out soon came to an end after they were rounded up by Zowie Bell, the neatherd who looks after the livestock at Beverley Westwood.

That is, all except one.

Sharing a video of the lone member of the group walking across the green, Mr Harrison said: “Ah, one stray cow hasn’t quite got the memo that they’re all off home.

“This is the cow equivalent of going to the bar & returning to the dance floor, with your mates no where to be seen.”

Image: Fancy moooooooving in? The bullocks didn’t shy away from getting up close and personal on private properties Image: The herd of young cows were curious to check out the town

Chairman of the Beverley Pasture Masters, Allan English, said: “Until the bullocks settle down, they tend to ramble about – they are like little kids.”

He added that there is about 300 livestock on the pasture which surrounds the town – with the younger ones known for escaping once or twice a season, occasionally making their way into the town.

“The residents don’t mind as long as they don’t do any damage, and we soon get them back on the Westwood,” he said.