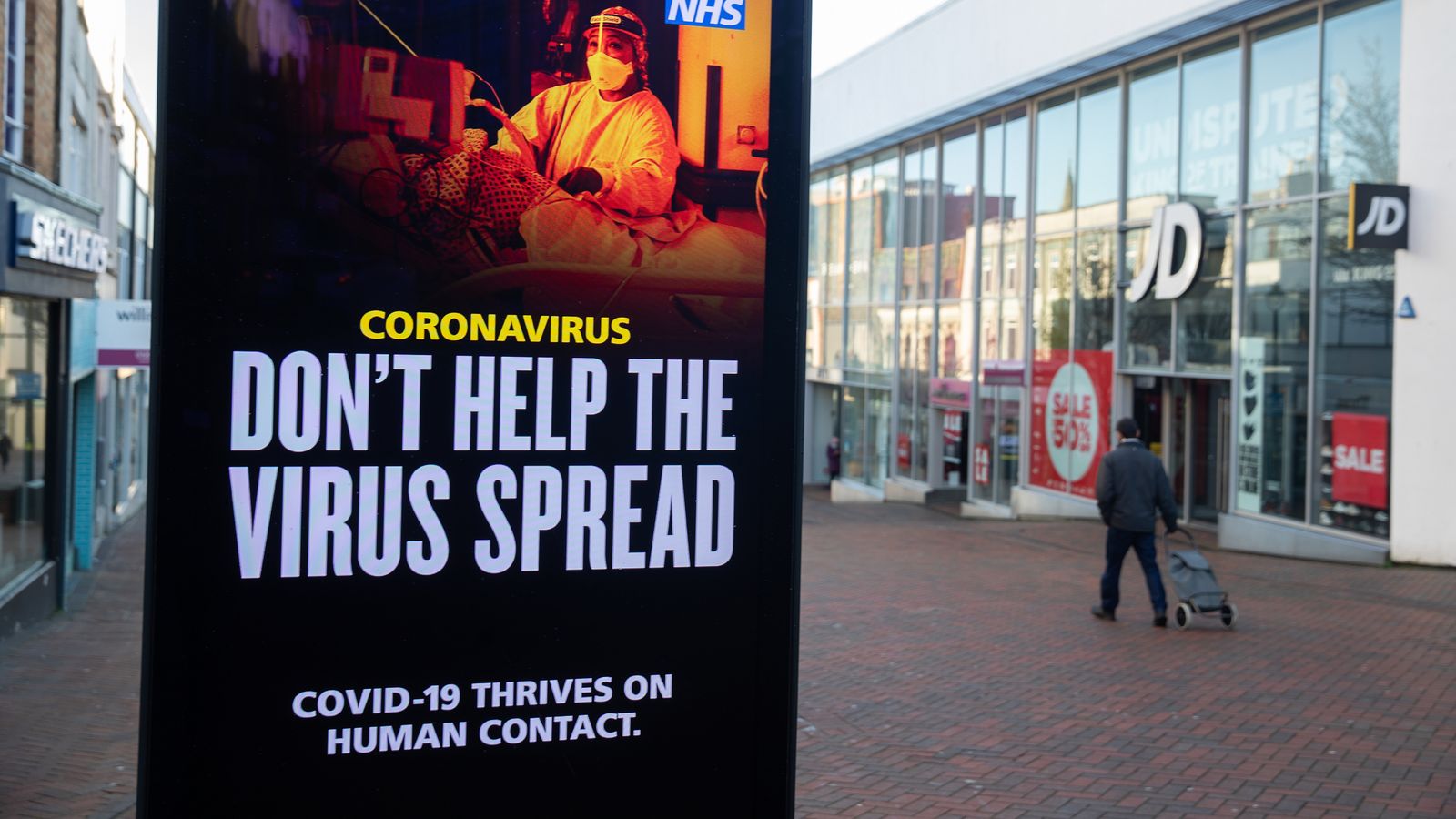 A number of experts have warned against the planned easing of restrictions in England on Monday, as concerns grow over the coronavirus variant first seen in India.

It comes as Prime Minister Boris Johnson is facing mounting criticism over the timing of adding India to the travel red list requiring quarantine in a government-sanctioned hotel on 23 April, despite it being announced four days earlier.

On Saturday, Public Health England said there were 1,313 cases of the Indian variant of concern in the UK – almost three times the number of the previous week.

The variant is thought to be over 50% more transmissible than the Kent variant, which has for some months been dominant in the UK.

On Monday, it is planned to allow socialising indoors in homes, pubs and restaurants, and physical contact with other households for the first time in England in more than a year, under the government’s roadmap.

But experts say that this – and possibly plans to end all remaining restrictions on 21 June – should be re-examined.

“It is a real worry that when further measures lift on 17 May, the majority of younger people, who are often highly socially mobile and could therefore be most at risk of a more infectious strain, are not yet vaccinated,” he said.

Sage’s Professor Susan Michie said the easing of restrictions should be delayed, telling The Sunday Times: “If we are following data not dates, it is surprising that the roadmap is going ahead without adjustment.

Health minister: Monday lockdown easing is ‘right thing to do’

But Steve Baker, MP for Wycombe and deputy chairman of the COVID Recovery Group of Conservative MPs, said the easing should go ahead, writing in The Sunday Telegraph that it would be “irrational” to impose restrictions when data shows the effectiveness of the vaccines.

“Science is in the process of liberating us from fear,” he wrote.

“Though liberty died in the course of this pandemic, it appears she is about to rise again, and our prime minister is in the process of nurturing a fearful public back to confident life in society.”

Sheheryar Banuri, a behavioural economics expert from the University of East Anglia, said that the “mixed messaging” from the government was a problem.

He told Sky News: “For people deeply engaged with news and information about the Indian variant, they can make a decision and choose not to engage in certain activities that would be considered risky.

“But for the vast majority not engaged, alleviating the lockdown as is going on 17 May, allowing more indoor activities gives the impression that the virus is not as much of a threat as it was before.”

He added: “There’s an opportunity for this government to be more pro-active in its approach by delaying the 17 May lockdown easing for a couple of weeks to see how the variant plays out.

“Instead what we’re seeing is a policy that’s more reactive than anything else… most likely letting the cases rise and trying to control it at that stage.”

Meanwhile, Layla Moran, who chairs the all-party parliamentary group on coronavirus, said the delay to ban travel from India would “no doubt come to be seen as a catastrophic error of judgement”.

And Yvette Cooper, chair of the Commons home affairs committee, accused ministers of having “inexplicably delayed” the move “after which many thousands of people had returned from India bringing in many hundreds of new variant cases”.

“This was predictable but it was not inevitable,” the Labour MP said, adding that ministers have “still not learned the basic lessons at the border”.

But a government spokeswoman defended the move, saying: “We have some of the toughest border measures in the world.

“We took precautionary action to ban travel from India on April 23, six days before this variant was put under investigation and two weeks before it was labelled as of concern. We have since sped up our vaccination programme and put in enhanced local support to curb transmission.

“Prior to India being placed on the red list in April anyone coming to the UK had to test negative and quarantine for 10 days.”

Almost 70% of UK adults have received the first dose of a coronavirus vaccine but, with the programme now moving down in order of age, most people under 40 have not yet had their chance.

Due to the growing concern about the Indian variant, Mr Johnson has said that those aged over 50 and the clinically vulnerable will be able to get their second jab within eight weeks, instead of the previous 12 weeks.

Some 36.7% of UK adults have received both doses and multiple newspapers reported that those over 35 in England will be invited to book their first vaccination this week.

Invitations were sent to those aged 38 and 39 on Thursday and in the following 48 hours, some 611,863 appointments were made.