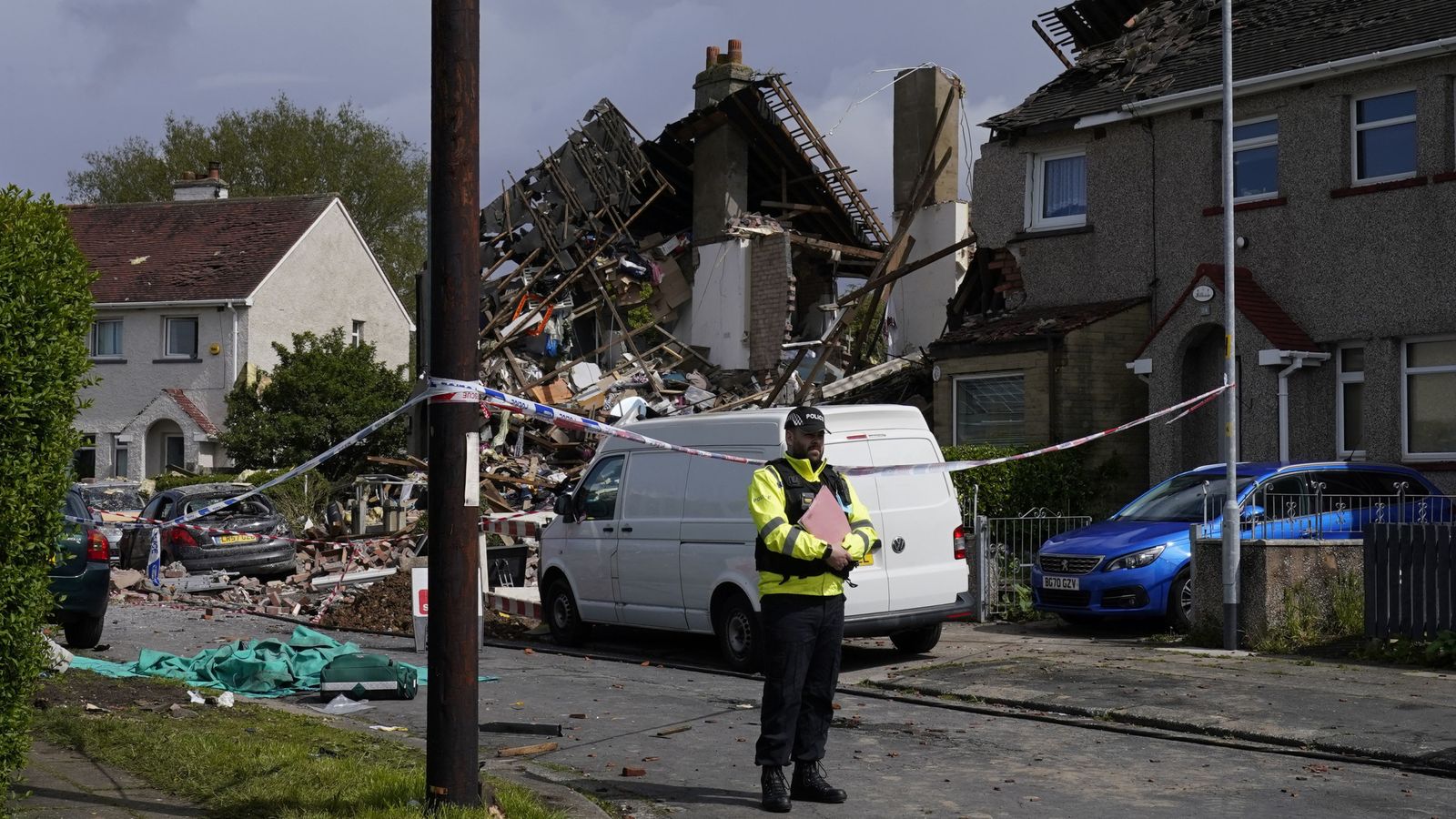 Neighbours out in bathrobes and slippers. Even after nearly 12 hours, there’s an air of disbelief.

Police, fire crews and ambulances are still on the scene in Mallowdale Avenue, where a suspected gas explosion killed one child – two-year-old George Arthur Hinds – and injured four people, two of them seriously.

The sun shines on broken roof tiles which litter the ground.

Image: Only the chimney stacks remain standing from one house Image: Emillie Downie, 18, was still awake at 2:40am when the blast occurred

It looks like there’s been a hurricane, but the residents of the adjacent Bowland Street are looking on at the aftermath of a gas explosion.

“I was awoken by a loud bang,” one resident says to me. “It sounded like a bomb went off.”

He guides me through his property to the back garden, which is full of debris from the blast. Roof tiles, insulation and chips of wood.

“It rained down vertically on us,” he says.

Fire and rescue services are still searching the properties at the centre of the blast in which two houses were levelled and one severely damaged. Only the chimney stacks remain standing.

There is rubble everywhere, cars with windows smashed, and a police cordon separates the badly damaged from the slightly damaged.

Image: One man said he ‘heard the bang as far as Lancaster’, around nine miles (14km) away

Eighteen-year-old Emillie Downie was still awake at 2.40am when the blast occurred.

“It was a massive flash and then the houses were shaking. We thought it was an earthquake, but we live near a power station so we thought it could’ve been that,” she said.

“It was possibly the loudest bang I’ve ever heard, you knew it was an explosion straight away.

“The whole street was outside. There was shouting, screaming.”

Image: A young child has been killed and four adults have been injured in the explosion in Mallowdale Avenue in Heysham

Neighbours say they were instructed by police to turn all gas appliances off.

Emillie says she saw someone get “piggy-backed” out of one of the houses. She says he had a bloody nose.

A woman in cow pyjamas and a white fluffy bathrobe grips the hand of a child.

“I could hear people screaming,” she says.

“My next door neighbour, she’s really elderly and she was scared to go in. She’d rung three people to get away from the area but no one was answering so she was just going to walk the streets with her dog.”

A major incident was declared on Sunday morning and nearby residents evacuated in the town, some 25 miles northeast of Blackpool.

George Arthur Hinds, aged two years and 10 months, was named in a family tribute in the afternoon. His parents, Stephen Hinds and Vicky Studholme, were also injured but not seriously.

Two other people remain in hospital with injuries described as critical.

COVID-19: Over-35s to be offered jabs in coming days as government urges those eligible to come forward

COVID-19: More than 20 million now fully vaccinated in UK after having both coronavirus jabs 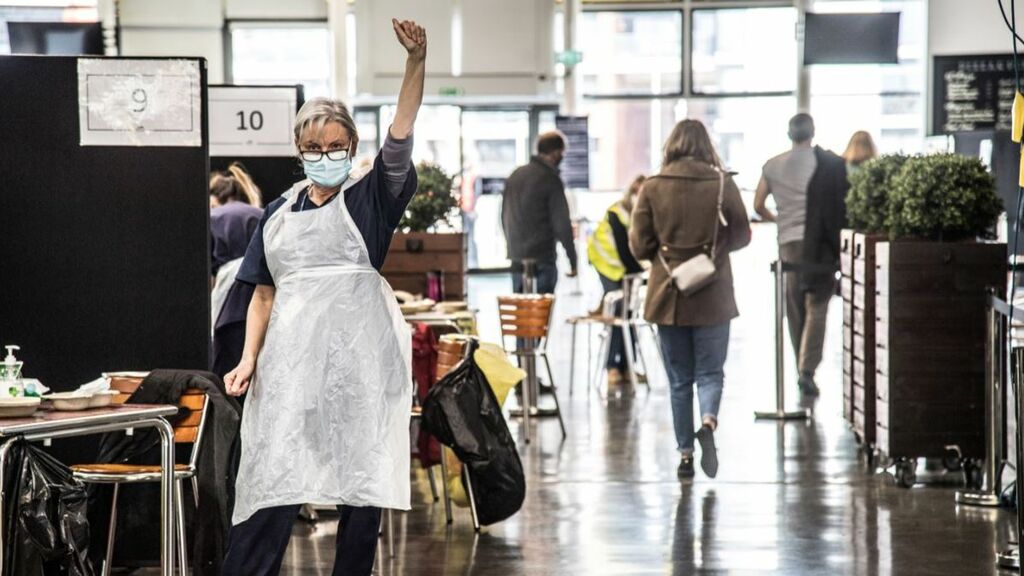