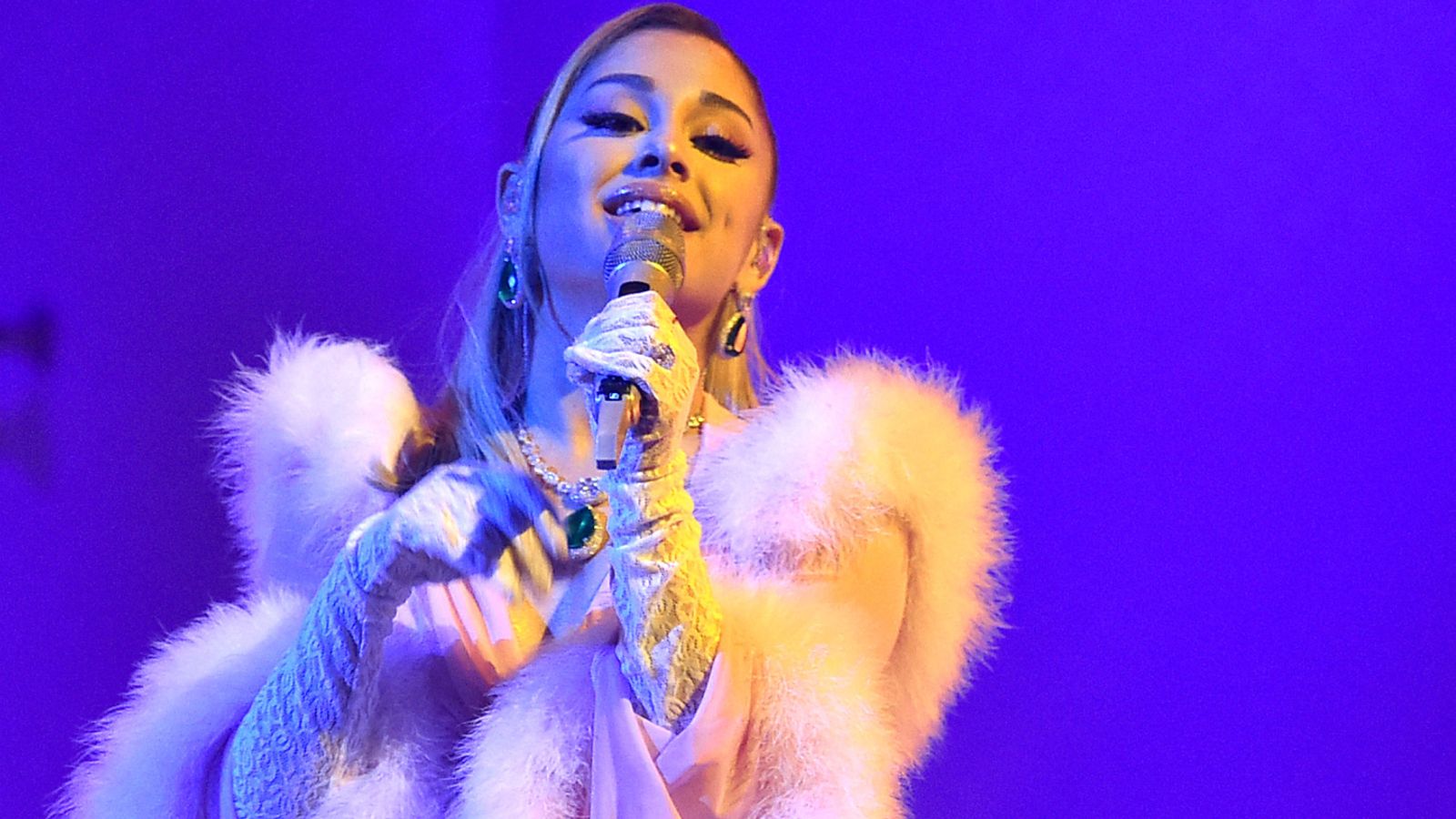 Ariana Grande has tied the knot with fiance Dalton Gomez in a “tiny and intimate” wedding.

The 27-year-old American pop star said “I do” in front of less than 20 people over the weekend, the PA news agency reported.

Grande announced in December she was engaged to Los Angeles estate agent Gomez, 25.

Confirming they were married, a representative for the star said: “They got married. It was tiny and intimate – less than 20 people.

“The room was so happy and full of love. The couple and both families couldn’t be happier.”

Image: The star showed off her engagement ring on social media

Grande had been dating the luxury property expert for around 18 months.

He appeared with her in the lockdown video for her collaboration with Justin Bieber, Stuck With U.

TMZ said the ceremony took place at Grande’s property in Montecito, the celebrity enclave in southern California the Duke and Duchess of Sussex also call home.

She shared a series of videos, including clips showing Gomez gently kissing her on the cheek.

Grande captioned the post: “hbd to my baby my best friend my fav part of all the days i love u.”

In April, she shared touching pictures of the pair’s life together, including them sharing a kiss under the stars.

Saturday 22 May, will mark four years since a terrorist detonated a suicide bomb following a Grande performance at the Manchester Arena, killing 22 innocent people.